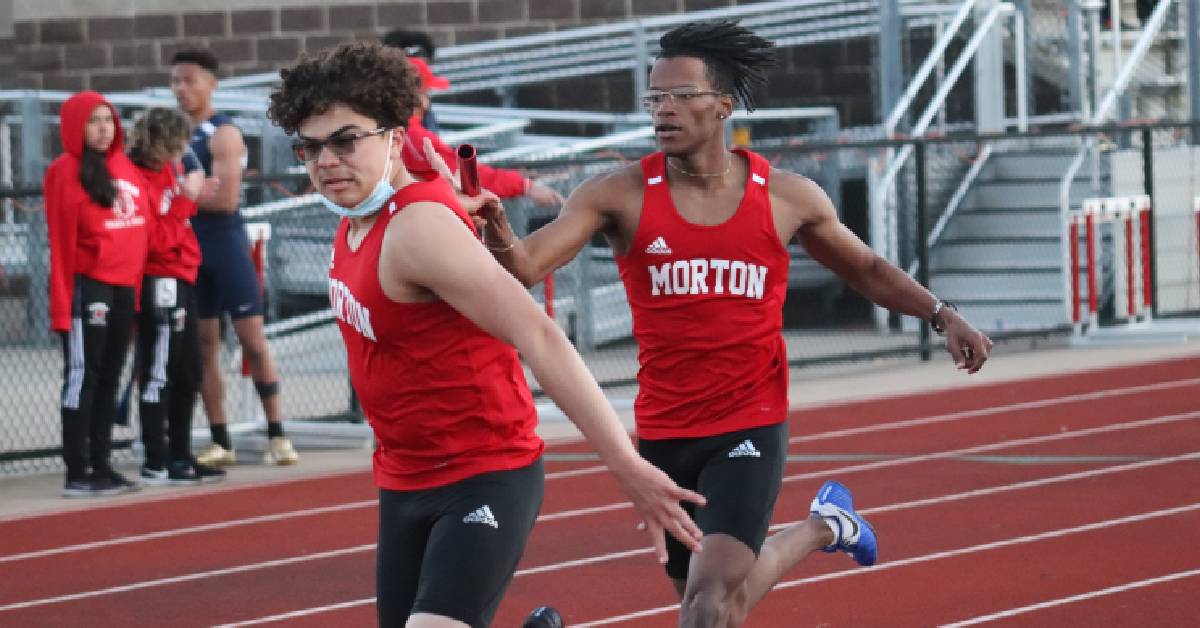 Athalia Barrett of Gary West Side started out the 800 meter race in a pack with the rest of the girls, but broke ahead during the second lap. Her final winning time for the race was 2:51.

“What my coaches have been saying has definitely stuck in my head,” Barrett said. “‘Keep working, keep going, believe in yourself,’ they say. And I do believe in myself. I just told myself, ‘I have this last little stretch, let’s just give it everything I’ve got.’”

When it came to the 400 relay race, Hammond Morton’s male team easily secured the win with a time of 4:02. Coach Joseph Britt explained, however, that winning the race did not come without some challenges.

“It felt great to see the relay team win,” Britt said. “Because we had a lot of moving parts, we had some people not be able to run today. Three of the four legs were actually fill-ins, so for them performing the way they did and stepping up was a really good sight to see.”