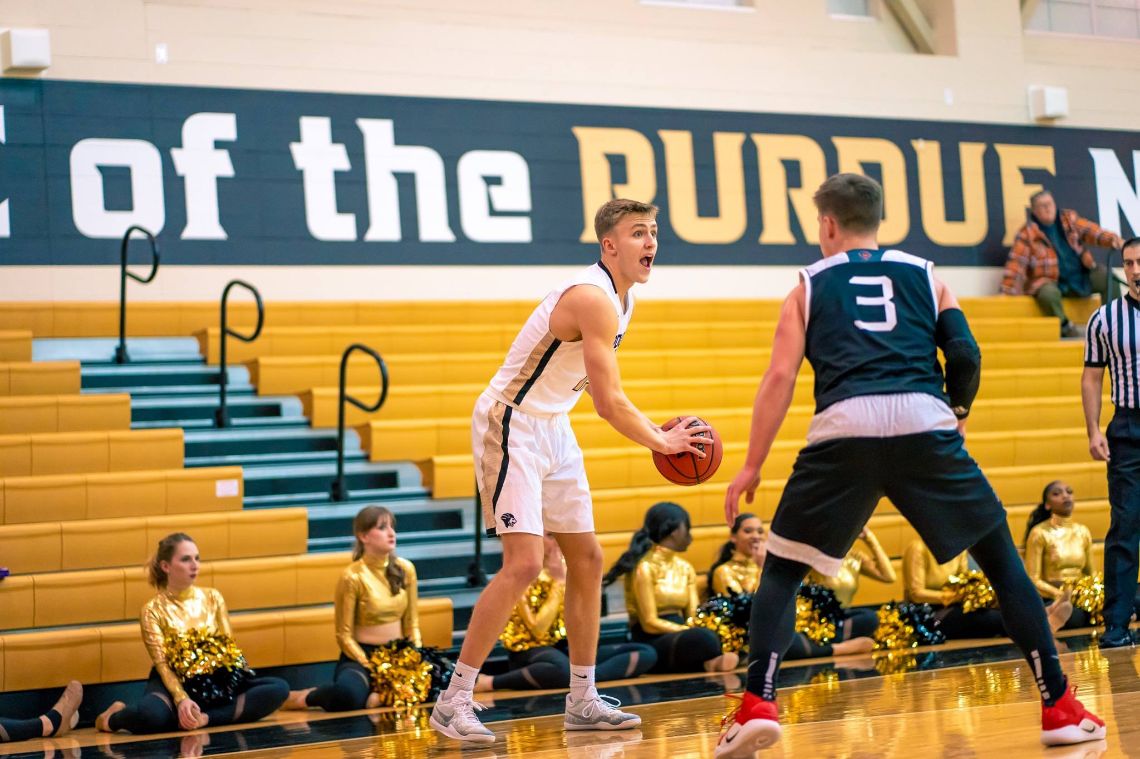 The Pride were once again dominated on the boards as they dropped a road GLIAC contest Saturday at Michigan Tech 78-62. Leading by as many as five in the first half, the Huskies used a late run to close out the first half and continued that momentum the rest of the way as they took down PNW. Anthony Barnard did earn his second career double-double with 10 points and 15 rebounds.

After a tough loss Thursday night at Northern Michigan, the Pride came out strong with some tough defense early. The game was scoreless for nearly three minutes until Rich Robertson put in a layup at the 17:17 mark. The Black and Gold got out in front by as many as five on a Durante Lee free throw with 6:32 to play in the half to make it 20-15. Tech went on a 21-3 run to close the period and took a 13-point lead into the half.

MTU continued to shut down the Pride offense in the final 20 minutes, as PNW shot 37.1% from the field. Meanwhile, the defense allowed the Husky offense to shoot 51.4%. Purdue Northwest also struggled from behind the arc, as they went just six of 23 from 3-point range (26.1%). The rebounding margin was once again an issue for PNW, as they had 34 boards compared to 50 for the Huskies, good for a -16 margin.

Tim Gilmore got himself back into double digits as he put up 10 points and three rebounds. Gilmore was back in the starting lineup after being replaced by Chandler Spring in Thursday's contest. The team's freshman point guard duo of Chase Rankin and Dean Tate each put up eight points, and Rankin dished out five assists.

Next up, Purdue Northwest will travel to Illinois-Springfield for a non-conference matchup Saturday, December 15 at 7 pm (CST).