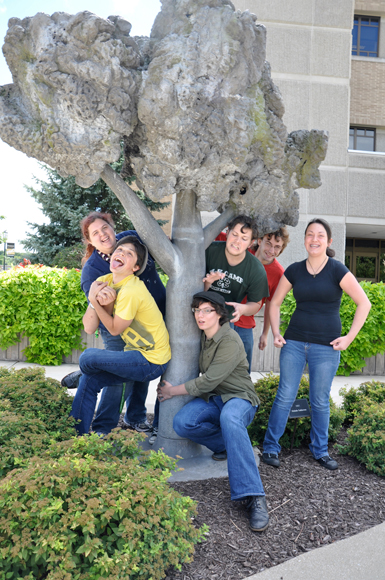 Get ready for a night of impromptu fun with the Purdue University North Central student improv club! The Ranting Llamas are set to perform Friday, March 6, from 7:30 to 9 pm at Footlight Theatre.

The Ranting Llamas student improv group has been performing for four years. It presents a unique comedy experience that is appropriate for all ages and outlooks. Comedy situations are made up on the spot. The audience is often asked for suggestions the actors use as a springboard for a scene, which makes improv a fun for actors and non-actors alike. A simple word, action or an idea can be the basis of a skit performed by one member of the group or the entire ensemble – concepts like throwing snowballs, riding a bus, walking a dog or staying awake in class can all be become the basis for a comedy routine.

Admission is $10 at the door. Half of the door sales will be donated to a La Porte girl's fundraiser to purchase wigs for children that have lost their hair due to chemotherapy.The performance is rated PG-13.