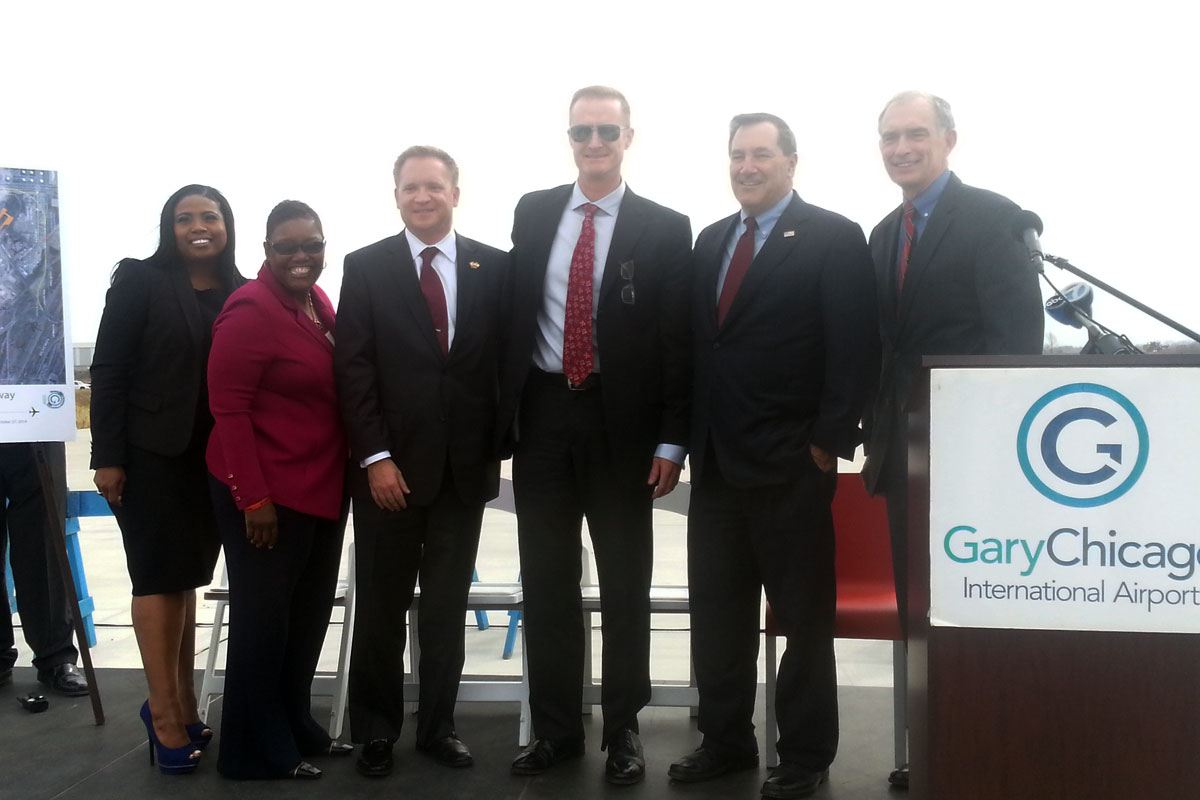 “Today marks a major milestone for the Airport,” said its interim director B.R. Lane. “The completion of the runway will serve as a catalyst for the expansion of greater market opportunity currently outside of our reach. While there is still work to be done to complete the runway expansion, the relocation of the railroads significantly advances the project toward completion.”

The length of the Airport’s current runway impacts the types of aircraft that can take off from Gary/Chicago International and opens up service into new markets.

The entire railroad relocation will be completed in just 32 hours, with train movements into and out of the adjacent Kirk Yard halted during that much of that period.

“Relocating this railroad track is a significant and complex infrastructure project,” said Patrick Waldron, CN manager of Public Affairs. “Since CN acquired the former EJ&E railroad in 2009, we have been committed to this relocation project. CN fully recognizes the importance of the airport expansion project and CN is pleased to have worked with the city of Gary and airport authority to complete this railroad relocation.” 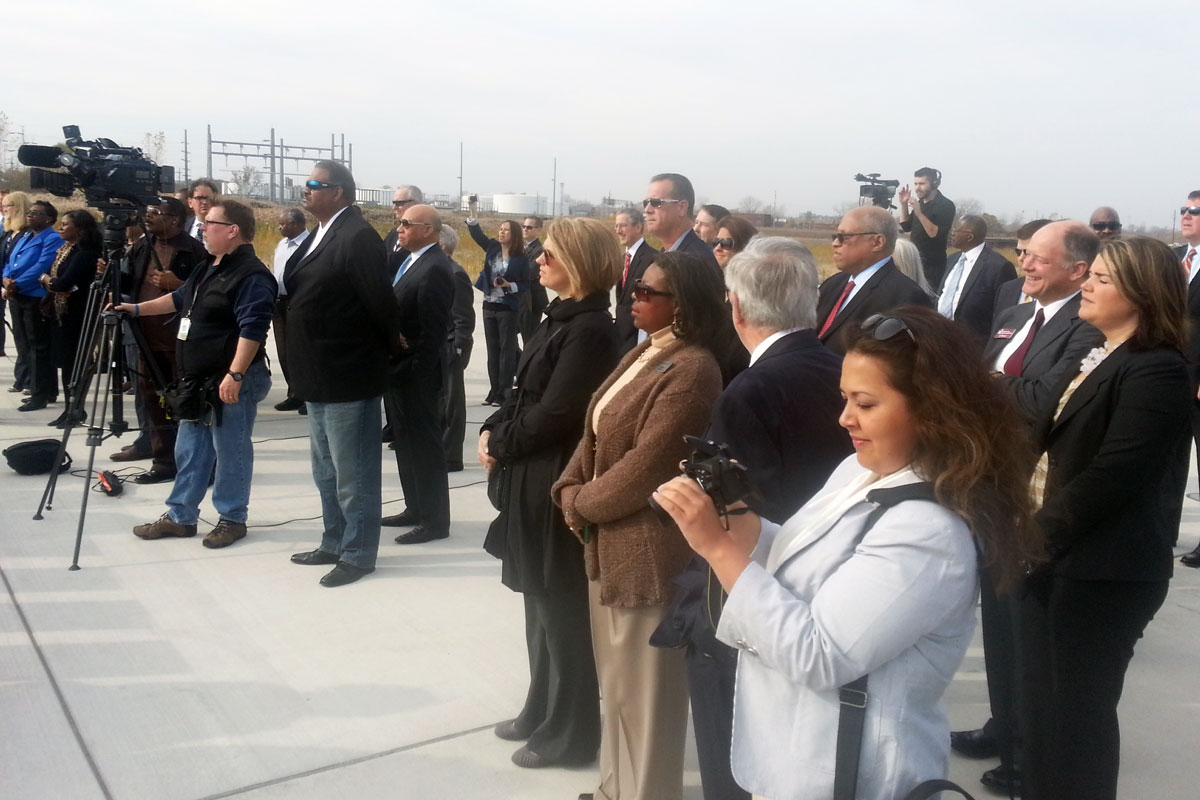 “We want to thank CN and all of our private sector partners for their collaboration and commitment to this important project for the City of Gary,” said Mayor Karen Freeman-Wilson. “My administration has been committed to creating a business-friendly environment that maximizes the impact of Gary’s very important assets.”

In January 2014, the City of Gary and the Gary/Chicago International Airport Authority entered into a historic public-private partnership (P3) with AFCO/AvPorts for the management and development of the Airport and surrounding land. “The P3 created opportunities for the Airport and the City that didn’t exist before,” said Mayor Freeman Wilson.

U.S. Senator Joe Donnelly applauded the Airport’s progress on reaching this milestone in the Runway Expansion Project and thanked all the parties involved.

“The removal and rerouting of the railroad tracks is a significant step toward the completion of Gary/Chicago International Airport’s runway expansion,” said U.S. Sen. Donnelly. “With a longer runway, Gary Airport should be able to accommodate larger cargo planes and passenger airlines, and I am hopeful that this expansion project will provide a boost to the region’s economy. It has been a long and challenging journey to reach this point, and over the past 18 months I have worked closely with the City of Gary, Gary/Chicago International Airport, Canadian National Railroad, Norfolk Southern Railroad, CSX Railroad, and other key stakeholders. Thanks to the commitment and cooperation of all stakeholders, I am optimistic that progress will continue with the Airport’s runway expansion.”

“I congratulate Mayor Karen Freeman-Wilson, the Gary Common Council, U.S. Senator Joe Donnelly, Regional Development Authority President and CEO Bill Hanna, the Gary/Chicago International Airport Authority, Canadian National Railway, Norfolk Southern, and CSX, for reaching this agreement and helping to fund it,” said U.S. Representative Pete Visclosky. “This project is about more than extending a runway; it extends the economic opportunity for the next generation of Gary and all of Northwest Indiana.”

“With completion of the runway and relocation of the railroad tracks, the Gary/Chicago International Airport is poised to contribute significantly to the regional economy,” said RDA President and CEO Bill Hanna. “The expansion is expected to create more than 2,000 new jobs in Northwest Indiana by 2025, which will generate an estimated $156 million in personal income annually and have an overall yearly economic impact of more than $420 million.”

While the Gary/Chicago International Airport’s Runway Expansion Project celebrated a milestone, Authority Board Vice-Chairman James Cooper is looking forward to the work to come. “With CN’s track relocation, we can now begin the environmental testing and continue on the work needed to remove the berm and clear the path to pave the 600ft. remaining to complete the project,” he said.

After the railroad is successfully relocated, construction will begin to connect the old and new runways. The estimated completion date for the entire project is June 25, 2015.