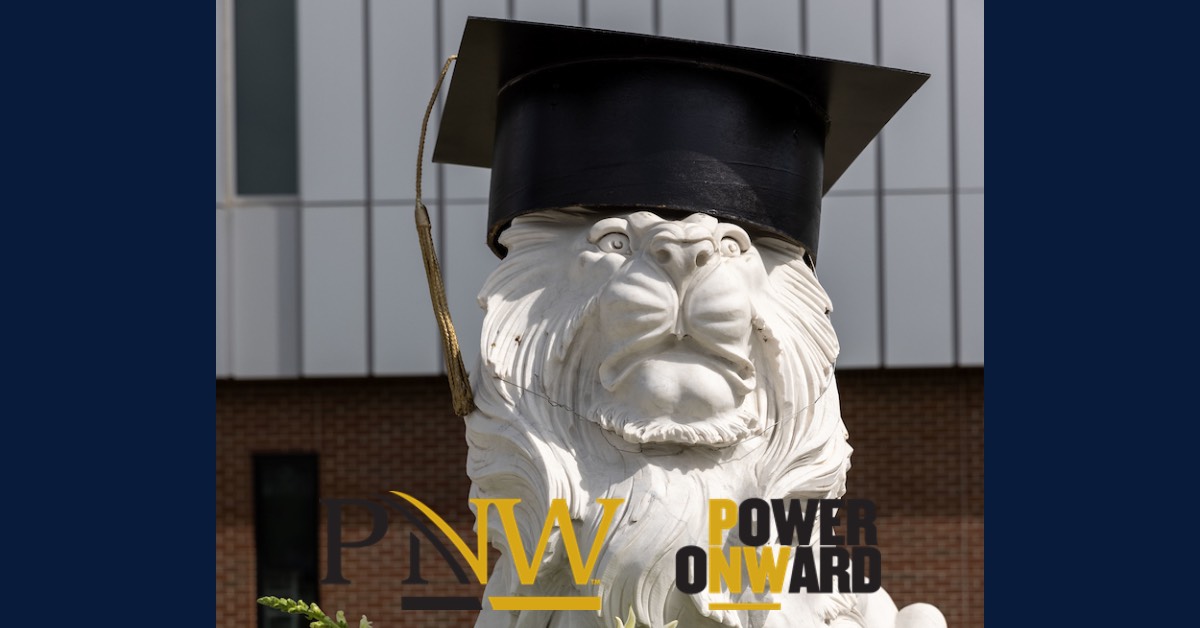 A total of 833 candidates, representing PNW’s five academic colleges, are eligible to receive their degrees. The total includes 638 earning their baccalaureate degrees, 193 earning their master’s degrees and two earning their doctoral degrees.

James E. Dedelow, also known as JED, will serve as the keynote speaker. Dedelow, a Munster, Indiana native and resident, has co-owned the WJOB radio station in Hammond with his wife, attorney Alexis Vazquez Dedelow, since 2004. He has hosted the morning program since 2007. In recent years he has developed the growing JEDtv streaming video network. Before owning and working at WJOB, James Dedelow worked for 18 years in the Chicago Board of Trade.

James Dedelow’s appearance will be the first time a PNW keynote speaker is also a graduating student, as he will be receiving his Master of Business Administration (MBA) from PNW’s College of Business. It may also be the first time spouses have each delivered a commencement address. Alexis Vazquez Dedelow, also a PNW alumna, delivered the spring 2018 keynote address.

Graduating seniors with the highest grade point average from each college will be presented a Chancellor Medallion by PNW Chancellor Thomas L. Keon. Other distinguished graduates will also be recognized.

In-person attendance at fall commencement will be limited to ticketed attendees. The ceremony will be live streamed at pnw.edu/commencement-live.