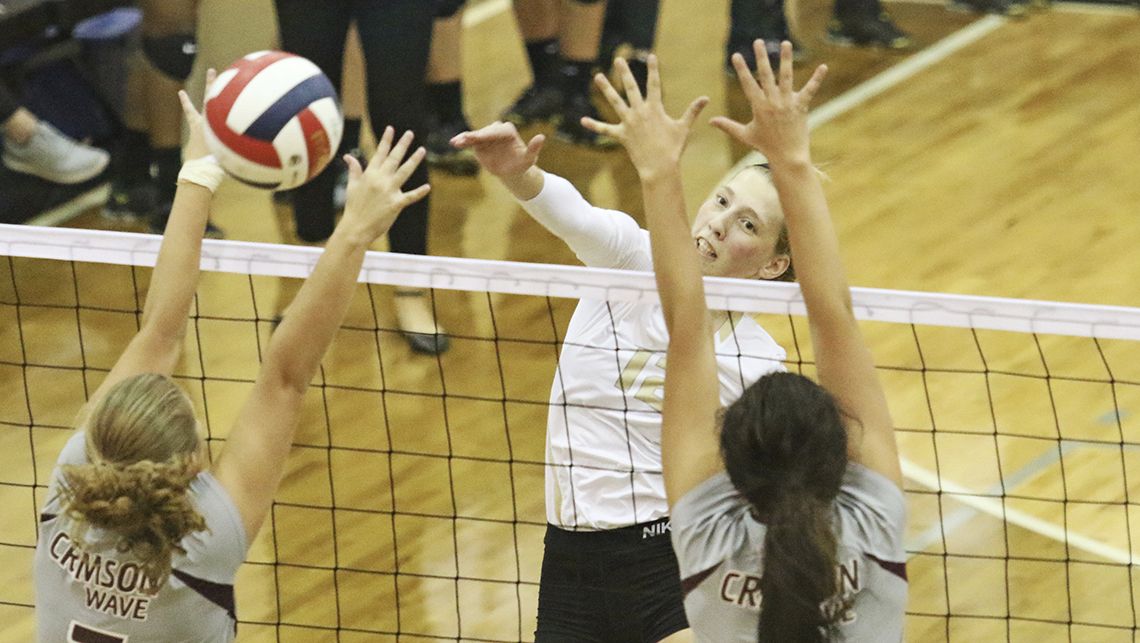 In the second set, the Pride jumped out to a hot start, capped by a Martin service ace to put PNW up, 6-0.

The Pride continued with their trend to start fast to kick off Set 3, thanks to a kill from Auburn Dodd (Chicago, Ill./Gwendolyn Brooks) which put the Black and Gold ahead, 10-4.

Moody Bible would attempt to make a comeback midway through the third set, but the Pride would finish strong to cap the three-set victory.

Purdue Northwest returns to action Saturday, Oct. 1, when the Pride take on Taylor University for a dual match starting at noon at the PNW Hammond Campus Fitness and Recreation Center.

The Pride (2-7, 0-4 Chicagoland Collegiate Athletic Conference) were outshot by a 25-6 margin by the Trojans (3-6, 2-1), but PNW held host TIU to just one goal in the first 45 minutes. TIU didn’t strike until the 37’, when Layla Zahniser scored on an assist from Kylie Bowman.

The Trojans would add one more in the 51’ and another in the 74’, behind goals from Brianna Bernholdt and Michele Streekstra, respectively.

Shayla McNeal (Indianapolis, Ind./Pike) led the offense with three shots, one on goal.