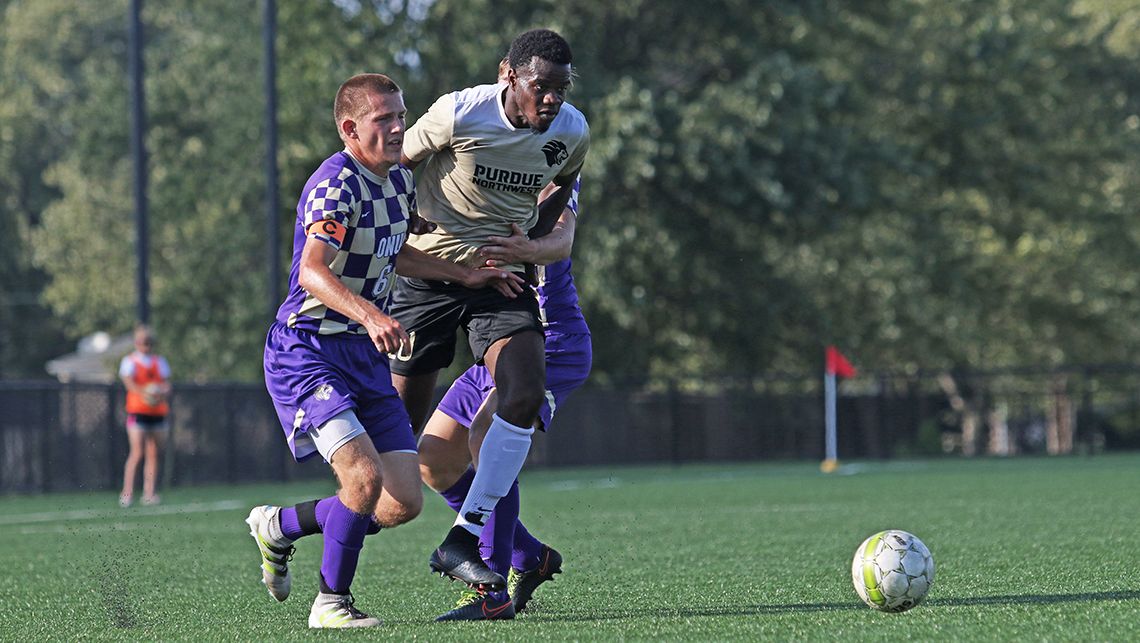 The Pride (3-3-2, 1-0-1 CCAC) notched the first goal of the game in the 40th minute thanks to a header from Grant Ugarte (Oak Lawn, Ill./Oak Lawn), who connected on his first career goal which was served in from the corner by Chris Rassel (Saint John, Ind./Lake Central).

Purdue Northwest would tack on an insurance goal early on in the second half, after a header from Djordje Cancarevic (Painesville, Ohio/Chippewa) found the back of the net thanks to another pass from Rassel, who tallied his second assist for the night.

The Black and Gold would hold the Eagles scoreless for the remainder of the match and come away with the 2-0 shutout.

The Pride outshot RMU, 14-11, thanks to five shots from Alec Guarino (Saint John, Ind./Marian Catholic), two shots from Ugarte and a pair of shots from Michael Brownsea (Albury, Austrailia/Albury) who led the Black and Gold offensively.

The free event, which is open to all PNW students, faculty and staff, will begin at 9:30 p.m. CT inside the FRC gymnasium. Participants are encouraged to arrive early, as the first 500 through the door will receive a special Late Night Madness T-shirt.

Members of the crowd, however, will be encouraged to participate in an array of other activities and games, including a dance contest, tug-of-war, and more, with chances to win prizes sponsored by the Purdue Northwest Alumni Organization. A big screen television, an Apple iPad, Beats by Dre headphones, an Xbox 360 and more will be up for grabs throughout the night in various contests.

PNW basketball kicks off its season when the women’s team hosts an exhibition alumni game on Saturday, Oct. 15, while the Pride men will open Oct. 28-29 with an opening Tip-Off tournament held in Hammond.