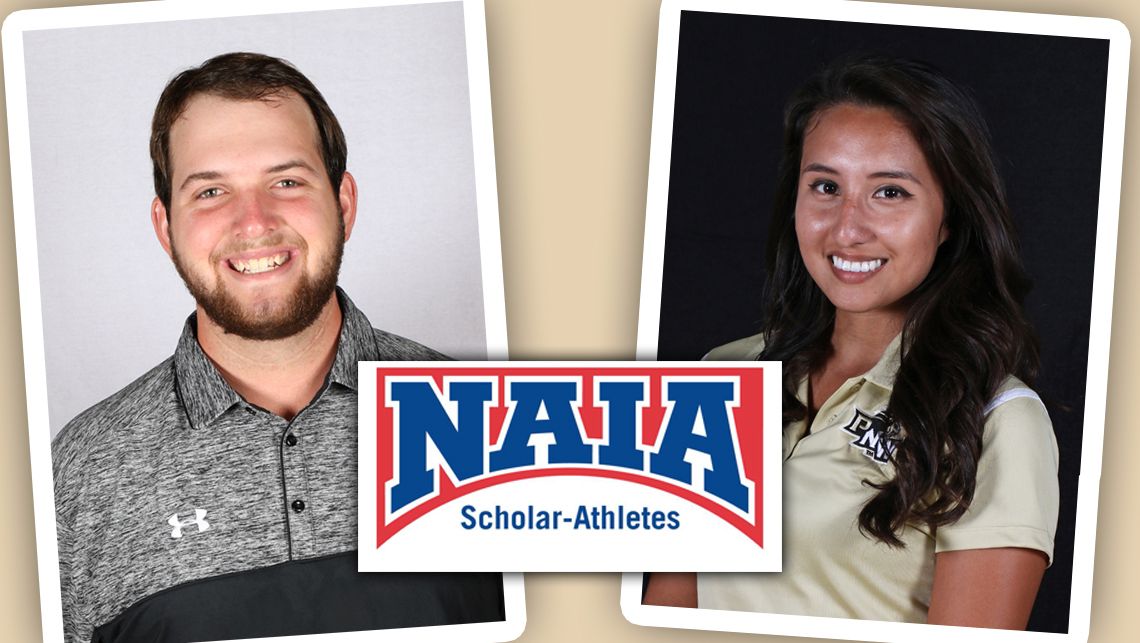 Baez (Hammond, Ind./Bishop Noll), a graduate student for the Pride women's team, finished with three wins at the singles position, including a victory in the Chicagoland Collegiate Athletic Conference Quarterfinals against Judson University April 24.

Baez majored in communication with minors in marketing and Spanish and finished with a cumulative grade point average of 3.83. She played a large role in the growth of the women’s tennis program over the last few years. This marked her first NAIA Scholar-Athlete award. She was one of 147 women's tennis players in the nation to earn the award.

Mudd (Crown Point, Ind./Crown Point), a senior on the PNW men's tennis squad, wrapped up his final campaign for the Black and Gold in 2016-17, competing in six matches while also starring for the Pride men's golf team. On the tennis court, Mudd went 1-1 in singles play and 4-2 in doubles play for a PNW men's tennis team that shattered the program record for wins in a season with 11 in 2016-17.

Mudd graduated with his bachelor's degree earlier this month with double-major in history and political science, carrying a stellar 3.70 cumulative grade point average. This marks Mudd's third NAIA Scholar-Athlete award, after earning two -- one for men's tennis and one for men's golf -- in 2015-16. He was one of 109 men's tennis players in the nation to earn the award.

To qualify for NAIA Scholar-Athlete honors, student-athletes must be at least a junior in academic standing, be a member of their teams for at least one calendar year, and carry a minimum 3.5 GPA.

Junior member of the women’s tennis team Cynthia Basu-Chavez (Merrillville, Ind./Merrillville) will be the new SAAC President, taking over for Carissa Jones (Whiting, Ind./Bishop Noll) who played a vital role for SAAC over the past two years.

Men's cross country standout and senior Salvador Cordova (Hammond, Ind./Bishop Noll), who serves as the Chicaoland Collegiate Athletic Conference student-athlete representative for the NAIA, will be Vice President, stepping in for Darien Thompson (Anderson, Ind./Anderson), who graduated in May 2017 and did a stellar job in the VP role.

SAAC played a large role in helping raise more than $1,200 for the Make-a-Wish Foundation along with many other community service projects throughout the 2016-17 school year.