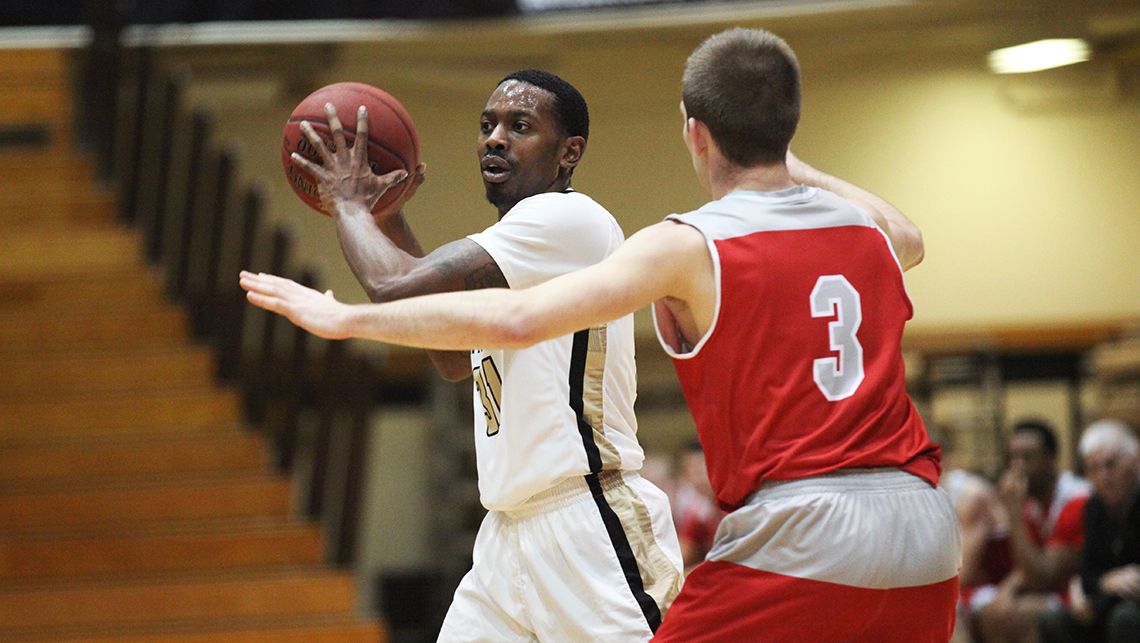 The Black and Gold would get within seven points, 16-9, with just under 14 minutes left in the opening half, but ONU would jump out to a double-digit advantage.

The Tigers would continue its hot shooting to take a 49-27 lead heading in to the break.

ONU would keep a double-digit lead for the remainder of the contest, coming away with the 107-72 victory over the Black and Gold.

Senior Cyril Lewis (Houston, Texas/Virginia Union) led the offense for the Black and Gold, scoring a team-high 17 points including a quartet of three-point field goals.

ONU was led by Nic Reed, who scored a team-high 24 points on 7-of-10 shooting while Josiah Blan scored 22 points to lead the Tigers offense.

PNW senior guard Cassidy Deno (Otterbein, Ind./Benton Central) dazzled with an offensive masterpiece in the win, totaling a program-best 51 points on 18-of-24 shooting from the field and 5-of-7 from the 3-point line.

Although single game records were not kept until 2010, the offensive performance topped the previous best mark of 45, set by former Purdue Calumet guard Alex Starr during the 2012-13 season.

Purdue Northwest (19-6, 14-2 Chicagoland Collegiate Athletic Conference needed every point in the effort, as the Pride trailed by five, 55-50, at the half and then by one, 83-82, heading into the fourth quarter.

A Rhonehouse layup kickstarted a 7-0 run over the next two minutes, as Deno added a three-point play and another layup to tie the game at 89-all with 6:27 left. The game would feature four more lead changes until PNW took the lead for good at the 3:17 mark on Deno’s fifth triple of the game to go up, 99-97.

The Pride would put the game away at the free-throw line after that, making 12-of-14 from the charity stripe to seal the road win.

PNW outscored Olivet Nazarene 37-22 in the fourth quarter to capture its second-straight win over the Tigers after topping ONU back in Hammond in November.

Junior post Ellie Michalski (Mukwonago, Wis./Mukwonago) chipped in nine rebounds, six assists and two blocks for PNW, which finished the game shooting 53.2 percent (41-of-77) from the floor compared to 45.5 percent 40-of-88) for ONU.

PNW outscored ONU in the paint, 44-28, and recorded 21 second-chance points compared to just 12 for the Tigers.

Maggie Schmidt led Olivet with 21 points in the setback.

Purdue Northwest returns to action Saturday when the Pride travel to Indiana South Bend for a CCAC contest. Game time is set for noon CT.