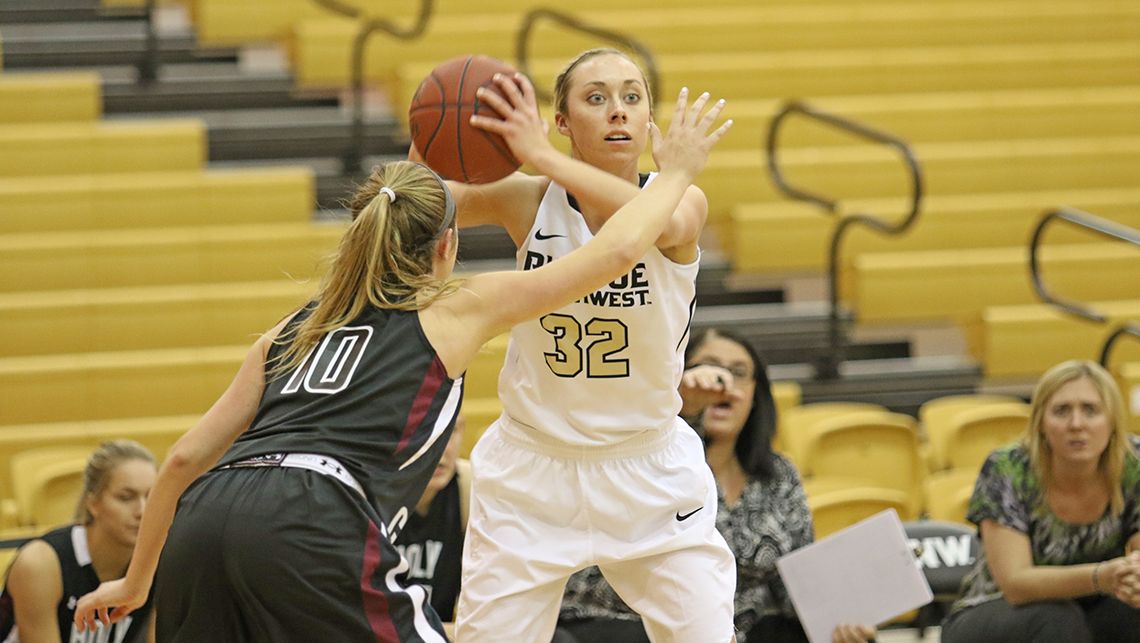 The Pride (13-3) return to action in the two-day Miami-Doral Hotels Classic Wednesday, when PNW takes on the No. 6 team in NAIA Division II, Campellsville (Ky.). Tip-off at STU’s Fernandez Family Center is set for 5 p.m. CT.

Live stats and video are available for Wednesday’s game at https://portal.stretchinternet.com/stu/

Senior Darien Thompson (Anderson, Ind./Anderson) led the way with 25 points – including 12-of-13 from the free-throw line – and freshman Shae Rhonehouse had 21 points on 7-of-9 shooting from the floor and a perfect 6 for 6 from the charity stripe.

PNW, NAIA Division II’s leader in free-throw percentage, continued to dominate at the charity stripe, making 29-of-31 (93.5 percent) compared to 9-of-10 for the Cougars.

Supavadee Kunchuan led ST. Thomas with 31 points and teammate Katie Rienas added 13 points for the Cougars in the loss.