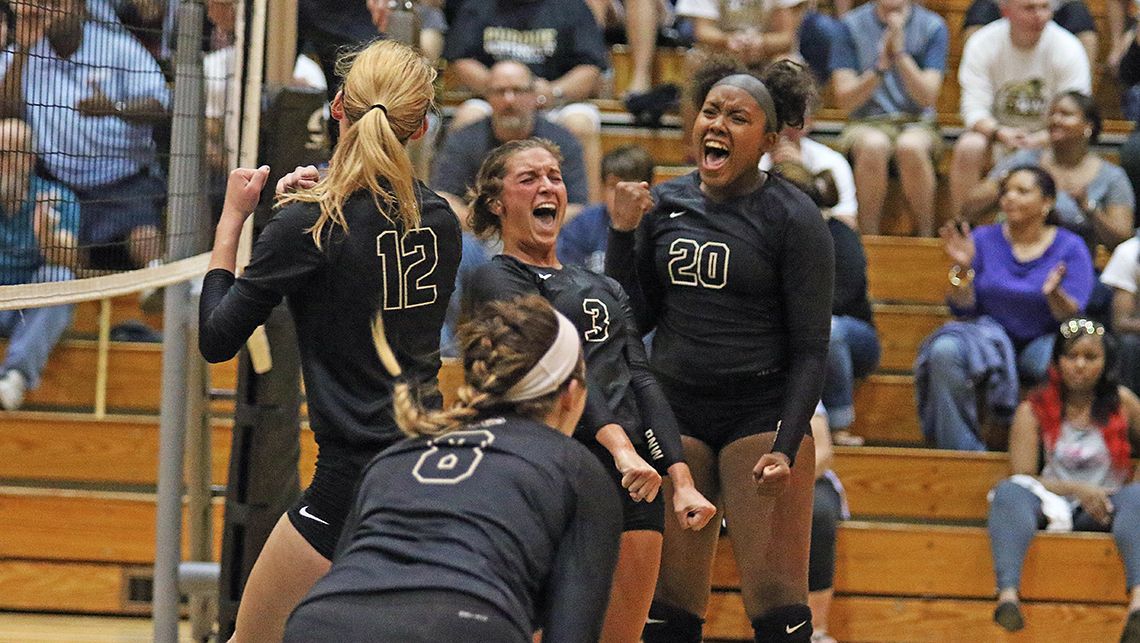 Purdue Northwest Sweeps Goshen to Open Season With a Win
Gabrielle Martin had 10 kills to lead the Purdue University Northwest volleyball team to a 3-0 sweep over Goshen College in the Pride’s season opener Thursday.

Purdue Northwest played the Maple Leafs tight through Set 1, as the Pride held a 16-15 lead before rattling off six straight points to make it 22-15, aided by two kills by Webster. PNW opened Set 2 with a 5-1 lead and did the same in the final set, jumping out to a 11-3 margin to cruise to the opening-season shutout.

The Pride return to action Friday, Sept. 2, when they travel to Lima, Ohio, for a four-game stint at the University of Northwestern Ohio Silver Spike Tournament Sept. 2-3. PNW returns home for two matches the following week, hosting Indiana Northwest Sept. 6 at the Fitness and Recreation Center in Hammond, followed by a Chicagoland Collegiate Athletic Conference contest against Olivet Nazarene Sept. 8 in the James B. Dworkin Student Services and Activities Complex in Westville.

McSurley comes to Purdue Northwest as an established cheerleading name in the Northwest Indiana region, as the LaPorte, Ind., native serves as the Owner and Director of ICA Allstars, a positon he’s held since 2013.

“We are excited to bring Justin aboard the Purdue Northwest team,” Costello said of McSurley. “His energy and experience will serve our cheer team well, as we work to build the PNW brand and get our fans and supporters excited about the Pride.”

A LaPorte High School alumnus, McSurley was a member of the Slicer cheerleading team before beginning a career as a cheer coach and gym owner with ICA Allstars, also based in LaPorte.

There, McSurley executes the day-to-day operations of the gym, including overseeing coaching staff, the creation of gym programs, as well as development and instruction of cheerleading skills to youth members of the community.

“I’m excited for an opportunity to coach a college cheer team and be a part of Purdue Northwest,” McSurley said. “Creating a strong sense of pride within the university and an exciting game day atmosphere is a big priority as we develop our new PNW cheer team.”