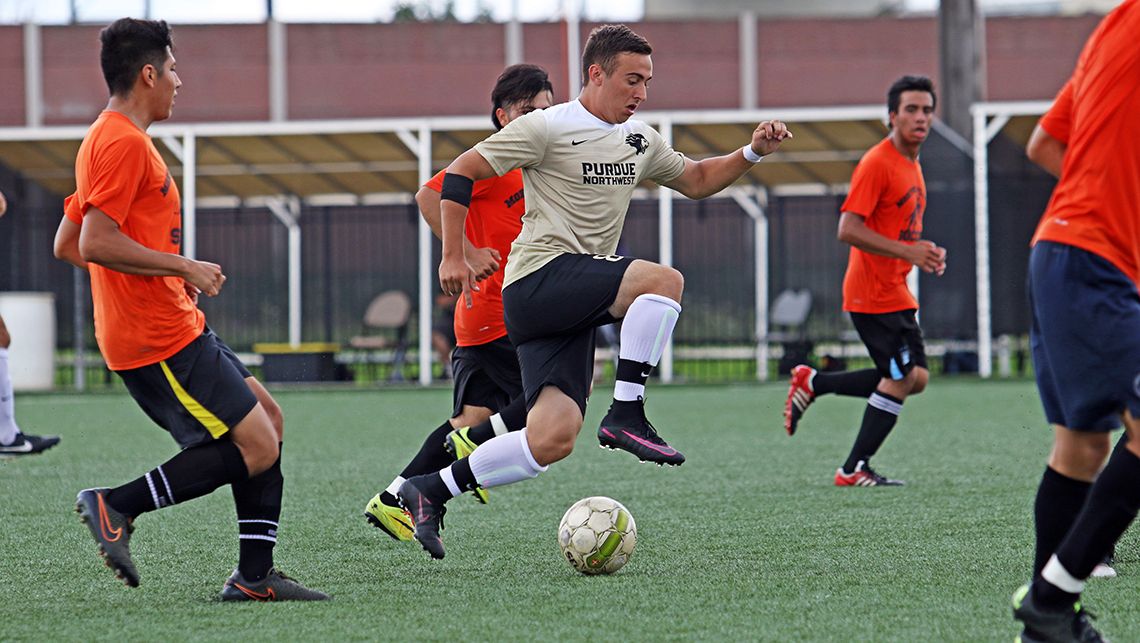 Although the Pride out-shot the Maple Leafs 8-4 in the opening half, Goshen took an early 1-0 advantage thanks to a made penalty kick from Ollie Smith in the 17th minute.

Both teams would remain scoreless for the remainder of the half with the Maple Leafs holding on to a 1-0 lead.

The Pride would jump out to an aggressive start to open up the second half, with Alec Guarino (St. John, Ind./Marian Catholic) connecting on his first goal for the Black and Gold in the 69th minute to even the score 1-1.

Each team and scoring chances halted, with the teams being even at 1-1 heading in to overtime.

Goshen would out-shoot the Pride 4-0 in the first overtime period with PNW owning a 3-0 advantage in shots during the second overtime, with both teams remaining scoreless and ending in a 1-1 draw.

Felix Guenzel (Munich, Germany/Anne-Frank Gymnasium Erding) and Jaime Garcia (Elkhart, Ind./Elkhart Memorial) led the Pride with five shots each, while Guarino finished with four shots, three of them on goal.

Purdue Northwest Blanks Goshen, 2-0, to Pick up First Win of the Year
The Purdue University Northwest women's soccer team picked up its first victory of the season with a 2-0 shutout win over visiting Goshen College Sunday afternoon.

PNW struck early, as Ross found McNeal in front of the net in the 16th minute. McNeal, battling two Goshen defenders, turned and fired to beat the keeper and put the Pride up, 1-0.

Vega would add the insurance goal just before the half, as Ross' pass in ricocheted off the keeper and found the foot of Vega, who gave PNW a 2-0 lead at the break.

Sophomore keeper Lucie Ashmore (Greystones, Ireland/St. Gerard's) would keep the sheet clean from there, as she finished the match with one save in 90 minutes in her first shutout of the season.

PNW outshot the Maple Leafs (0-1), 13-5, while both teams finished with one corner kick apiece.