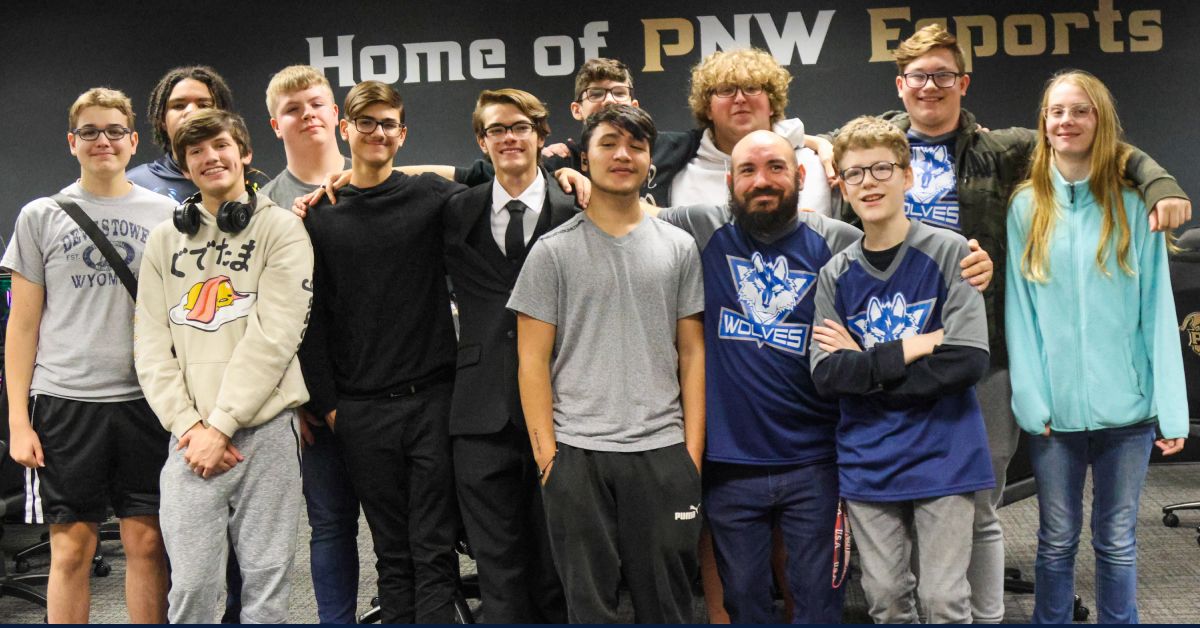 Sports have always been a college staple, and Esports, competitive video gaming, is on the rise at many universities. Purdue University Northwest (PNW) is no exception. On Wednesday, PNW held a ribbon-cutting ceremony on its Westville campus to celebrate the opening of its state-of-the-art Esports arena. Students, faculty, staff, and community members alike were all highly impressed by how incredible the space was.

The arena was decked out with 30 high-quality gaming computers and gaming chairs. Several full-wall graphic designs brought the space to life and made everyone feel like they were in a gaming arena. There were also numerous lounge areas and meeting tables that students could use to study and hang out.

“I just really wanted to create a fun atmosphere for not only the gamers but every student. It’s fun to see the kids enjoying it–that’s what it’s all about,” said Amy Snyder, project manager with PNW Space Management, Planning, and Design.

The PNW Esports program started in the fall of 2020. There are currently 100 Esports players at PNW, and the team continues to grow. The new arena truly marks the next step in the growth of Esports and showcases PNW’s commitment to student success.

“I remember the days of Atari when we had games like 'Pong’ and 'Pac-Man,’ so I think it’s great to see how much things have changed and grown. Nowadays, athletes want to be gamers and gamers want to be athletes. We are all in on Esports, and we’re making sure that our student-athletes have the tools to be successful and have a great experience as well,” said Rick Costello, director of Athletics at PNW.

The new space also showcases PNW’s commitment to the community. The Michigan City High School Esports team came out to the ceremony to check out the arena and were invited to use it anytime.

“A lot of high schools don’t have the resources to have Esports teams, so we’re going to open the space to them to help them out. Our hope is to get more high schoolers in here, hold tournaments for them, and be able to recruit more students for these schools that maybe don’t have an Esports team right now but are hoping to build one. We really want to help facilitate that,” said Justin Bragg, head Esports coach at PNW.

Ultimately, the new Esports arena is already a beloved space for many. There’s no doubt in anyone’s mind how impactful these new student spaces have been and how they will continue to positively impact students and the community in the future.

“They absolutely love it. It’s a big hangout spot for a lot of my players, especially in Hammond. That room is filled to the brim pretty much every single day. They hang out there, play games there, and meet people there. It’s just a great space,” said Bragg.

To learn more about Purdue University Northwest and its commitment to student success, visit www.pnw.edu/.