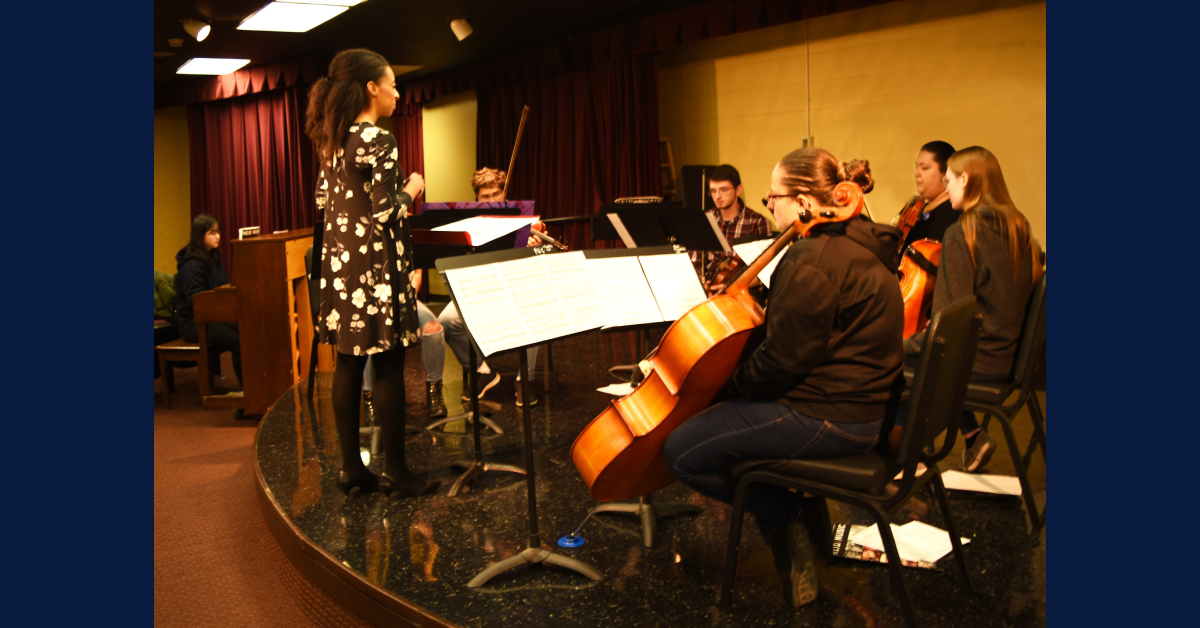 Purdue University Northwest’s (PNW) Invisible Strings Orchestra Club will perform two concerts on the PNW Hammond Campus at 1 p.m. and at 6 p.m. on Friday, Nov. 22 in YJean Chambers Hall in the Student Union & Library Building located at 2233 173rd St. The event is free and open to the public. The group of student performers will collect non-perishable canned goods at the concerts to donate to the Sojourner Truth House in Gary.

Kat Aton, president of the club and violinist, said the club wanted to give back to the community by collecting nonperishable goods.

“We thought that this would be an amazing idea since our concert is so close to Thanksgiving,” Aton said. “Thanksgiving is all about being thankful and giving back to those who are less fortunate. What better way to do that than giving back and enjoying some music?”

The musicians will play both classical and modern music representative of Spain, India, China, Russia, and Ireland.

Jenne Carey, continuing lecturer of music and the club’s adviser, said that the students wanted to celebrate diversity and bringing communities together.

“I love the whole premise and idea of this concert,” Carey said. “It is open to everyone and it is not just about celebrating the diversity that PNW serves, but also bringing people together for a good cause and the love of music.”