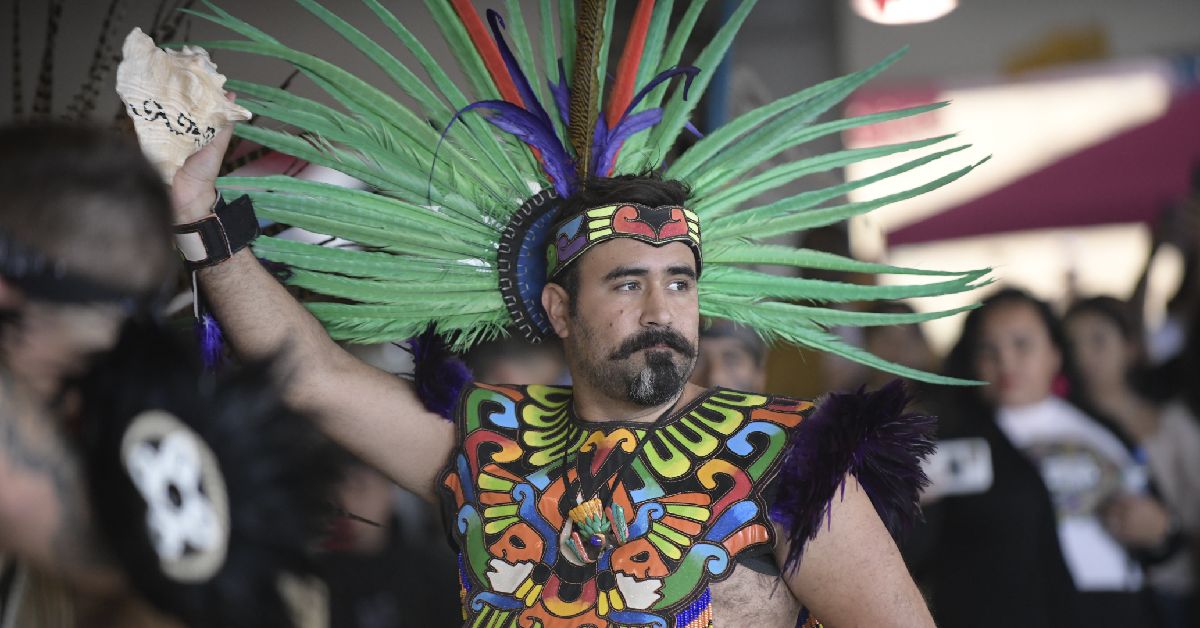 This year was the first year the festival was held in conjunction with the annual Hispanic Independence Parade, coordinated annually by the Hispanic United Government Services (H.U.G.S.) Cultural Committee of Hammond. The parade participants marched a route through Hammond’s Hessville neighborhood to the PNW campus, where more than 1,200 people enjoyed the afternoon festivities.

Catalina Rodriguez, associate vice chancellor for Educational Opportunity Programs and director of TRIO Student Support Services at PNW, is the co-chair of the festival.

“I love that we collaborated with the H.U.G.S Cultural Committee. Last year the president of H.U.G.S. approached me about doing this as an after-party to the parade. It was a no-brainer," said Rodriguez. “PNW is positioned here in the community. We want the community to feel welcomed, feel they are a part of us, and that they can access us.”

“Ensuring the visibility of the Latino community inspired this growing event at PNW,” said Rodriguez. “The community aspect of this makes it even more special. Part of our goal in terms of the food, the vendors, and even the musicians is to highlight the diversity in the Hispanic culture.”

Iris Sanchez, PNW director of Hispanic Serving Institution Initiatives, was not only the festival co-chair, she was a performer as well. Performing with the Danzantes Aztecas, she and fellow dancers performed Aztec dances honoring the four directions; east, west, south and north. All in attendance were captivated by the drums, chants and chorus.

“It has been amazing how supportive the PNW administration, the campus and the students have been,” said Sanchez. “Having the parade with H.U.G.S. Cultural Committee right before the festival was just the best.”

Sanchez was proud of the community and cultural connection the festival provided.

“Having the community here on campus is the best thing that could happen — to share with them and let them know we are here,” said Sanchez.

Ronald Charles (Chuck) Rabello DeCastro, a retired police officer, PNW alumnus, and now PNW lecturer of Computer Information Technology, joined students to showcase some of the many degree programs PNW offers as well as student projects from PNW’s College of Technology such as the SAE Baja car and a hydraulic bicycle. A Brazilian, Chuck was focused on community connection.

“Connecting is what is most important. You can make a difference in somebody’s life just by saying ‘hi,’" said Rabello DeCastro.The event showcased over 40 vendors along with live performances by DJ Umbe, Danzates Aztecas, Mariachi Estrellas de Chicago and Impacto Boricua.

“This is powered by an army of volunteers, and all of the community organizations and vendors choosing to be a part of this is something to be noted,” said Rodriguez.

Jozlyn Lopez, owner of Jozlyn’s Bling, was invited to attend as a vendor by her friend and owner of Con Amor.  Lopez was inspired to start her business when her mom asked her to make custom gifts. The festival allowed her to showcase her local business selling custom items such as tumblers, car details, shot glasses and binders.

“This has been a lot of fun. There are a lot of people, the music is really good," said Lopez.

Astrin Arnold was in attendance with her family, who are Guatemalan.

“We like the variety, the music, the Aztec dancers and the different vendors,” said Arnold. “This is really nice to have this in the community. We loved the parade as well. This is a special way to celebrate diversity and Hispanic culture.”

David McLees, technology administrator at PNW, said the parade ending at the university campus was a highlight for him in the university’s month of celebratory events.