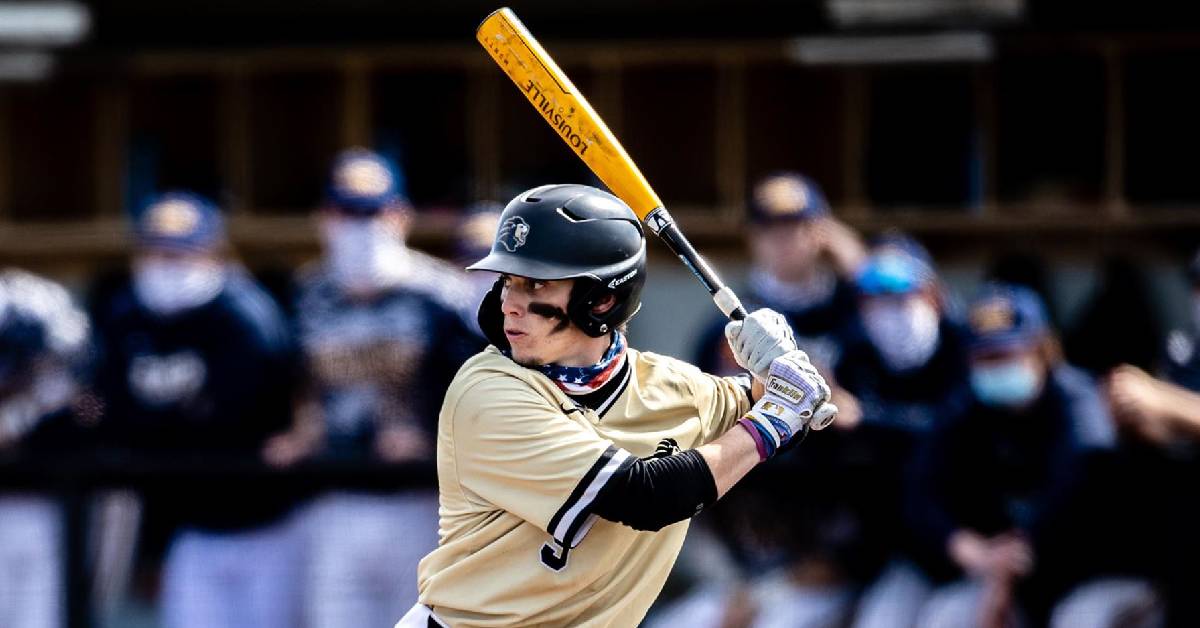 The Purdue Northwest baseball team split Saturday's GLIAC doubleheader at Northwood with a 3-2 come-from-behind victory in Game 1 and 13-7 setback in Game 2.

With PNW trailing 2-1 despite another outstanding pitching performance from ace Chad Patrick, freshman Luke Montgomery delivered a clutch two-run single with two outs in the top of the sixth.

The Pride rallied with all three runs coming in the frame after a pair of leadoff singles from seniors Hunter Thorn and Anthony Agne started the comeback. Freshman Andrew Petsche got a sac bunt down and senior Jake Soules brought home the Pride's first run of the game on an infield single.

Then two batters later, senior Anthony Fumagalli pinch hit with the bases loaded and drew a two-out walk. Montgomery stepped up to the plate next and produced the game-winning base knock.

Patrick (4-1) tossed his fifth complete game in as many starts with 13 strikeouts. The right-hander surrendered two earned runs on seven hits with one walk. Patrick has now recorded 53 strikeouts and only six walks in 35.0 innings with a 1.29 ERA this season.

NU got on the board with back-to-back, two-out hits in the first. A bloop double down the left field line scored a runner from first base to put the hosts ahead 1-0. Then, the second run scored on a swing-and-miss third strike which would've ended the third inning.

After Patrick worked out of a bases-loaded jam in the fourth, he would retire nine of the final 10 hitters he faced.

Agne and Montgomery each had two hits to lead the Pride at the plate. Ethan Imlach also recorded a base hit.

A crooked number put on the board by Northwood in the seventh inning proved to be the difference in Game 2.

The Timberwolves plated eight runs, including five unearned, on six hits in the frame highlighted by a three-run homer.

PNW tied the game with three runs in the second and only trailed 5-3 heading into the seventh.

The Pride scored four times in its final at-bat in the ninth, but it was too little, too late for the Black & Gold as they will look to split the weekend series in Sunday's finale.

PNW outslugged Northwood in the nightcap with 13 hits to 10.

Four Pride pitchers took the mound with right-hander Jake Hansen (1-1) tagged for the loss in his first start.

First pitch is scheduled for 11 a.m. CDT tomorrow for the final game of the series between these two teams. PNW will return to Dowling Park to host Davenport on Friday, April 16.