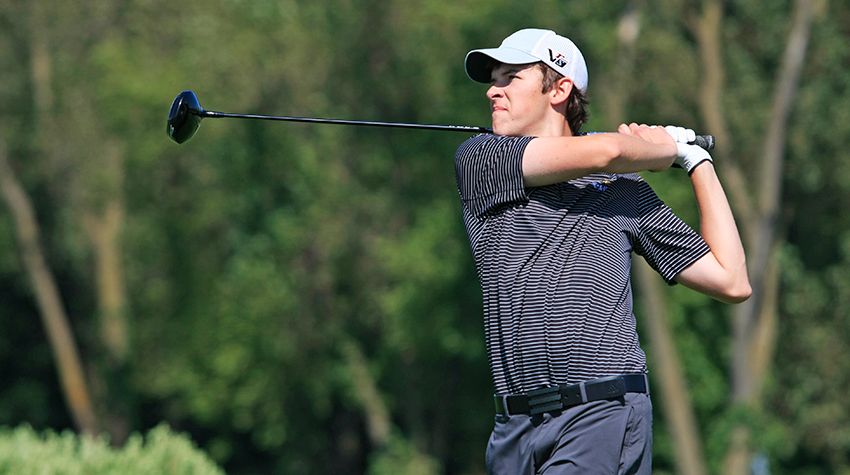 Led by freshman Ryan Wells’ (St. John, Ind./Lake Central) third-place individual finish, the Peregrines’ shot a two-day score of 654 to take second behind team winner Olivet Nazarene, which won the tournament with a 637.

Senior Tim Talley (Portage, Ind./Portage) wrapped up the day finished tied for eighth with a 36-hole round of 165 and Joshua Jackowski (St. John, Ind./Hanover Central) was tied for 12th with a 167.

Wells and Talley led the entire field in birdies for the tournament with four apiece, and Mudd was just behind with three in 36 holes.

Freshman Michael Goodman (Dyer, Ind./Mount Carmel) made the Peregrines’ best improvement from Monday play, shaving nine strikes off his first collegiate round to shoot am 82 Tuesday and finish with a two-day score of 173 to lead the Purdue Calumet ‘B’ team.

Olivet Nazarene freshman Matt Winkleman was the course medalist, shooting a 76 Tuesday to finish with a two-day score of 151.

The Peregrines return to action Mon., Sept. 21, when they head to Oglesby, Ill., for the two-day, 54-hole Deer Park Classic. 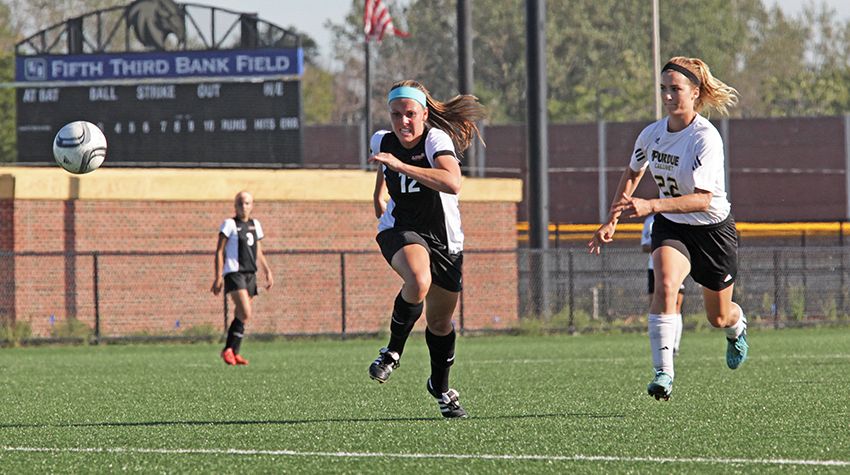 Purdue Calumet falls to Lourdes, 3-1 in Nonconference Action
Rachel Gregory struck for her fourth goal of the year early in the match, but it wasn’t enough to stop visiting Lourdes University (Ohio) from responding with three unanswered goals in the Purdue University Calumet’s 3-1 loss Tuesday.

Tuesday, Gregory (Highland, Ind./Highland) gave the Peregrines a quick 1-0 lead when she found the back of the net on an assist from teammate Kami Graber (Nashville, Ind./Brown County) in the 9th minute.

That lead was short-lived, however, as the Gray Wolves’ Jada Foster broke free for a one-v-one and finished courtesy of a Remy Houttekier assist.

Foster would add another score just before the half in the 43rd before Kendyl Christian added Lourdes’ third goal just after the break, in the 47th.

Purdue Calumet edged the Gray Wolves in shots, 14-13, though Lourdes had five corner kicks compared to three for the Peregrines.

Graber led the way with six shots – five of them on goal – and Gregory finished with three shots to lead the Peregrine offense. 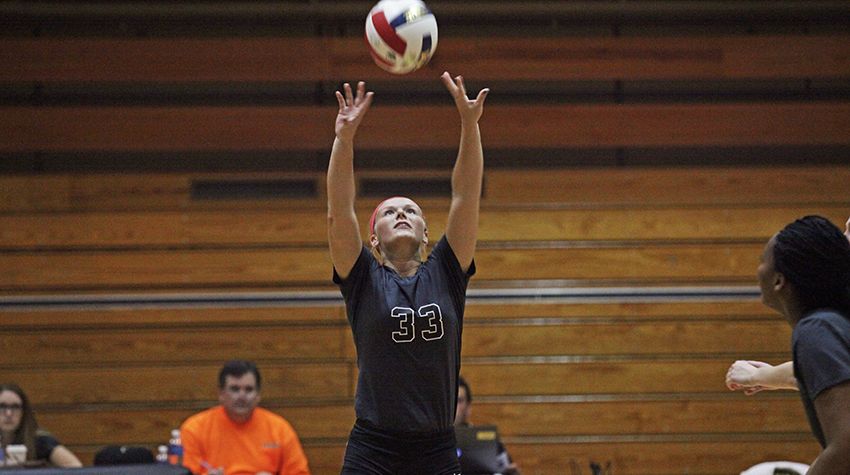 “We did a great job deciding who we wanted to be and not settling,” assistant coach Cory Sackett said. “We had poise and composure in the third set which is something we worked on and we found another level in driving to fight back.“

After defeating the Panthers in the first two sets, the Peregrines saw themselves fall behind early in Set 3, 13-6.

A kill from Kayla Elsea (Palmyra, Ind./Crawford County) followed by a pair of service aces from Samantha Basar (Plainfield, Ill./Plainfield North) served as momentum for Purdue Calumet as they fought back to tie the Panthers, 14-14.

PNC would jump ahead to take the next two points, before a kill from Akeelah Muhammad (Chicago Heights, Ill./Bloom Township/Kishwaukee) and two kills from Carissa Jones (Hammond, Ind./Bishop Noll) gave Purdue Calumet an 18-16 lead.

The Panthers would tie the score at 20-20, but it wasn’t enough for the resilient Peregrines who took five out of the next six points to seal their first conference win of the season.

Cami Webster and Taylor Mullen led the Panthers with eight kills, Abbe Mullen added 25 assists and Casey Neulieb had 14 digs in the setback.

The Peregrines will have a one-week rest before coming back to the Fitness and Recreation Center to host University St. Francis (Ill.) for their second straight home conference match on Tuesday, Sept. 22 at 7:00 p.m. CT.