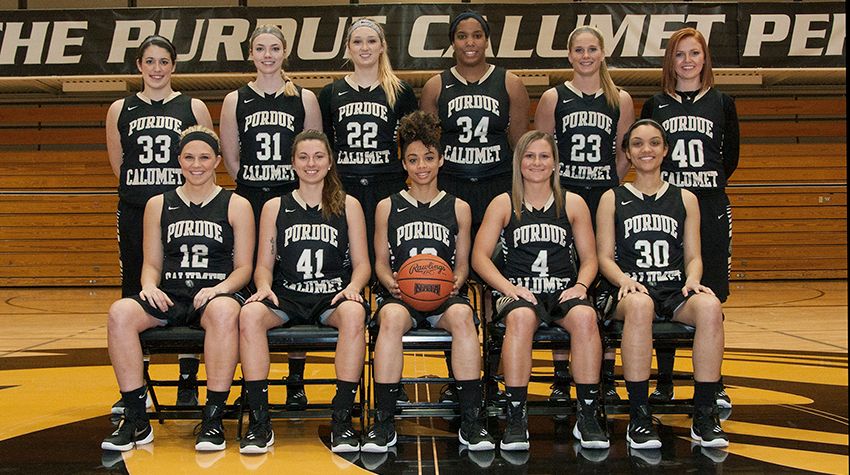 At 5 p.m. (CT) Wednesday, the Top 25 poll and National Championship qualifiers will be released and posted on www.NAIA.org. The championship bracket will follow via a live video selection show on www.NAIANetwork.com.

The Peregrines, ranked No. 16 in the Feb. 23 NAIA Coaches’ Top 25 Poll, finished the season with a 22-8 overall record and a berth in the Chicagoland Collegiate Athletic Conference Tournament quarterfinals, where they lost to eventual tourney champ, No. 7 Olivet Nazarene (27-5).

The Peregrines hope to earn an at-large berth, as both Olivet Nazarene and CCAC regular-season champion No. 4 St. Francis (Ill.) both earned the conference’s automatic bids to the national tournament. Also looking to gain an at-large bid from the CCAC is No. 2 St. Xavier (29-3), No. 11 Cardinal Stritch (24-7) and No. 22 St. Ambrose (22-9).

If Purdue Calumet earns a bid, it will mark the third national berth for the women’s team in the last five seasons and the first trip to Sioux City (Iowa) since the Peregrines earned an automatic bid in 2013-14, after capturing both the CCAC regular-season and tournament titles. That season, Purdue Calumet won its first-ever tournament game en route to a spot in the Sweet Sixteen. The Peregrines defeated Oregon Tech, 83-75, before losing to national runner-up Davenport (34-2).

Purdue Calumet made its first NAIA nationals appearance under ninth-year Head Coach Tom Megyesi in 2012-13, when the Peregrines earned an at-large bid after finishing the regular season 21-9. Purdue Calumet lost in the first round, falling to N. 19 Grand View (Iowa), 58-44.

The only other national tournament berths in program history came during the 1995-96 season, when Purdue Calumet finished 27-5 under head coach Gary Hayes, and 1982-83 season, under Head Coach Bill Platt.

Sebree (Kokomo, Ind./Kokomo) led all scorers for the Peregrines this season, averaging 19.8 points per contest , third overall in CCAC statistic rankings, while grabbing 3.7 rebounds per game and a team-high 1.5 steals per game.

Sebree earned his first ever CCAC Player of the Week honor in the final week of the regular season, averaging a league-best 28.5 points per contest while adding 3.5 steals, 3.5 rebounds and 3.0 assists per game in a pair of wins for the Black and Gold.

The 6-foot-2 guard saved his best for last, recording a career-high 39 points in the Peregrines' 91-82 win over Purdue North Central in the team's season finale Feb. 20, when he connected on 8-of-10 from beyond the arc.

The CCAC All-League awards were voted on by the conference's coaches. St. Francis' Illya Illayev was named the CCAC Player of the Year, while Coach of the Year honors went to Ryan Marks, Head Coach of regular-season league champion USF. Roosevelt's Jake Ludwig was selected as the conference Freshman of the Year.