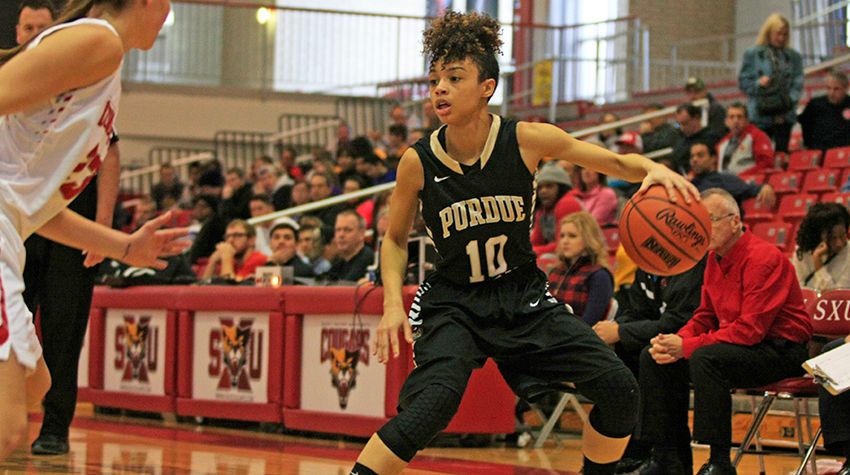 #16 Purdue Calumet Handles Rochester College on the Road, 74-53
The No. 16 Purdue University Calumet women’s basketball team used a second-quarter surge to propel the Peregrines to a 74-53 nonleague win at Rochester College Saturday.

Purdue Calumet (17-5) outscored the Warriors (12-9) 15-6 in the second quarter to jump out to a 29-20 lead at the half, which led to a 30-point outburst in the third frame to put the game out of reach in a contest held at Stoney Creek High School.

Sophomore forward Katie Wampler (Scottsburg, Ind./Scottsburg) had another career day for the Peregrines, just one game after setting her career-best in rebounds in a win over Governors State Wednesday. Wampler pumped in a game-high and career-best 23 points thanks to an 11-of-12 performance from the free-throw line to lead the way, while junior teammate Cassidy Deno (Otterbein, Ind./Benton Central) added 13 points and eight rebounds and classmate Darien Thompson (Anderson, Ind./Anderson) had 12 points and seven boards.

The win was the second in a row for Purdue Calumet, which hosts Calumet College of St. Joseph on Wednesday, Jan. 27, at the Fitness and Recreation Center. The Chicagoland Collegiate Athletic Conference contest is set for a 5 p.m. CT tip-off.