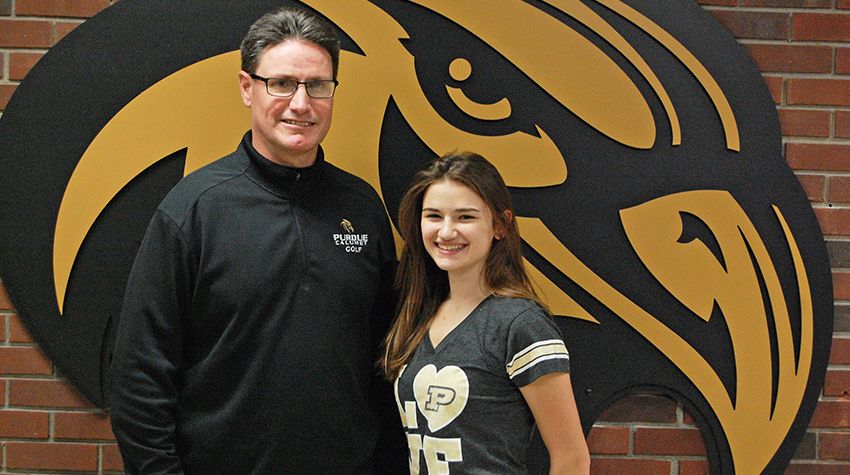 “Her competitive background covers three sports and the she is just as successful in the classroom. I am looking forward to coaching her and watching her grow as a student-athlete.”

Spalla, a four-year letter winner for the Wolves, was named team captain her junior and senior season, en route to back to back regional qualifiers. She was also named team MVP in back-to-back seasons and received the sportsmanship award three years in a row.

Spalla was also a successful bowler and tennis player at Boone Grove, where she was a four-year letterwinner and state champion in her freshman season on the bowling team. She was also named team captain on the bowling team and earned multiple team MVP awards en route to numerous regional and sectional qualifiers and championships.

Spalla is very involved outside of school, where she has frequently volunteered at multiple blood drives, rummage sales at her church and other community service projects in Valparaiso.

The women’s golf program will compete in its first season beginning with the 2016-17 academic year.