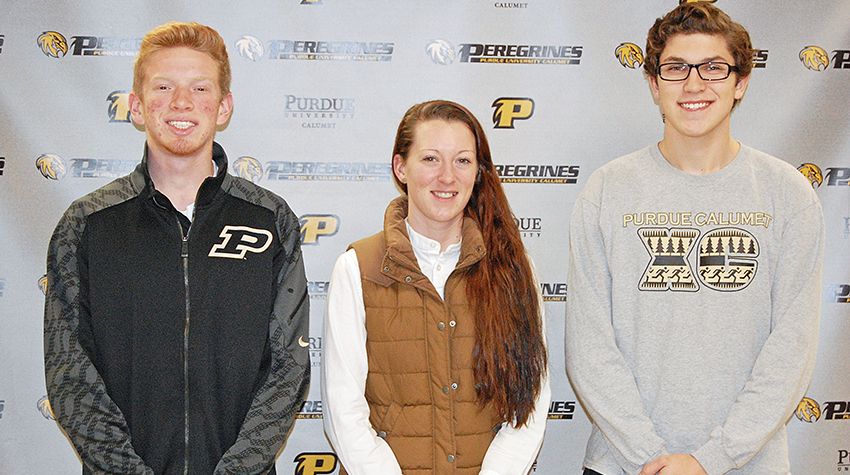 "I'm excited to announce the signing of Lowell standouts Bobby and Hunter," Beck said. "The steady pipeline from such a strong Lowell program will continually help our team.

"Not only are we getting great students, but also immediate impact runners -- this is a great fit for these two young men and I am confident they will continue to thrive here."

Van Schouwen and Corning have been teammates for the past two seasons, leading the Red Devils to a conference and sectional championship in their senior campaign.

Both runners also assisted Lowell in qualifying for semi-state for the 19th year in a row, en route to qualifying for the State Championships for just the second time in school history.

Van Schouwen recorded a 5-kilometer PR of 16:55 and placed first at the Hobart High School Invitational in his senior season, and is a member of the track team and played on the varsity basketball team for the Red Devils.

The son of Rachel and Bruce VanSchouwen, Van Schouwen plans to major in communications with a concentration in public relations.

Corning, a four-year letterwinner for Lowell, was named team captain in his senior season, while receiving NCC Honorable Mention honors.

He received the most improved runner award in his second season with the Red Devils, and is also a member of the track team where he was a regional qualifier in the 4X800.

The son of Gary and Trudy Corning, Robert plans to major in sociology with a concentration in criminal justice.