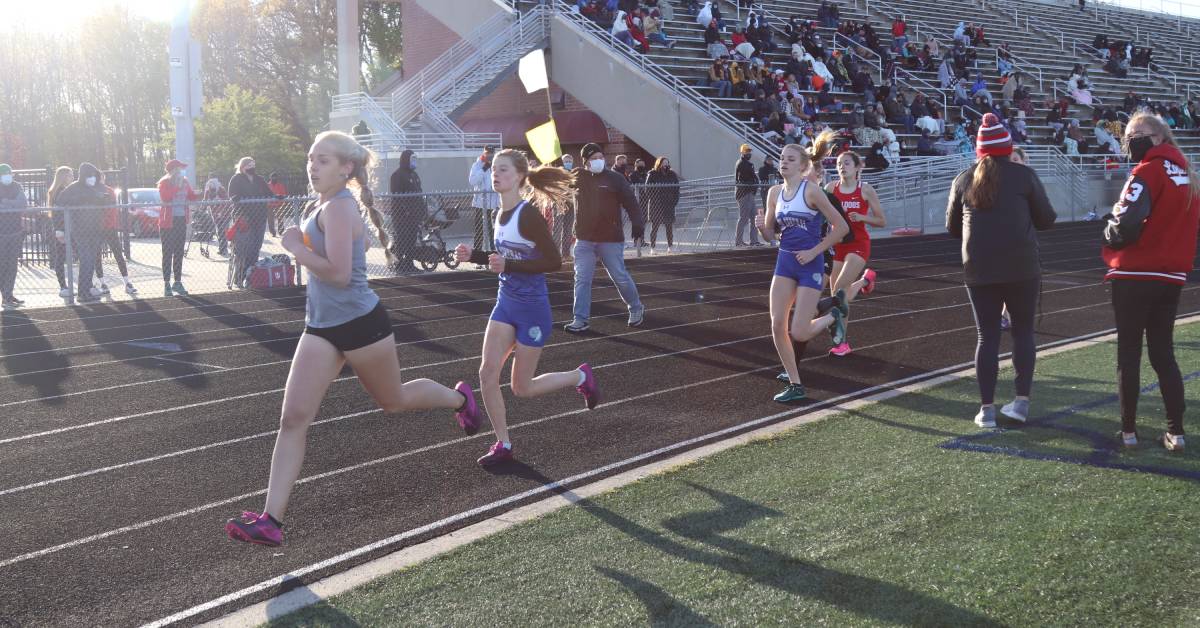 On Tuesday athletes from all around the Region gathered in Chesterton to compete in the Duneland Athletic Conference Track & Field Meet. This event was just the girls, with the boys competing on May 12 in Crown Point.

While the weather was freezing and athletes cowered in blankets and jackets, when they arrived on the starting line their shivers faded away into complete focus.

“It feels incredible, and I’ve been working for these past three years,” said Dunn. “It really shows me that I’m achieving my goals and that I’m on track for what I want to do in the future. I’m hoping to take a few more school records and go ahead and medal at state for my individual events.”

The runners and jumpers were forced to take off their warmups and sweatshirts while competing in their events, but those competing in the shot put and discus got to wear their warmer clothes while throwing. This warmth is physical; however, the conversation and community that those in discus and shot put shared throughout the night provided a metaphysical warmth.

“My teammates and I do a lot of team bonding. We have breakfast, and then we had a picnic recently. So while tonight’s win is a highlight, they’re really the best part of the season,” said Skhoonmacker. “It means a lot to place first. I was seeded third and I haven’t been getting that good of throws this season, but getting that 119 made me happy. I’m looking forward to sectionals, regionals and I’m really hoping I get to go to state.”

Winning an event is one thing, but these girls have their eyes on beating themselves more than their competitors.

Kaylie Politza, a junior at Valparaiso High School, won the 1600m and the 800m.

“It was a good 1600. It was really nice to have some wind coming up the far stretch. It kind of gave you a little more of a boost in terms of speed,” said Politza. “This wasn’t necessarily the time I was shooting for, but there is definitely plenty of time to achieve that goal. To have contributed to try and help us win the conference title feels really special.”

Politza also ran in the 4x400m relay. This event was the last of the night. No other event was happening on the field during this relay. That allowed for every teammate that was on the field to cheer for the girls that were running.

And cheer they did. Students ran back and forth on the field to catch up to the runners and shout encouraging words to them. It was a gleeful conclusion to a long evening of competition.