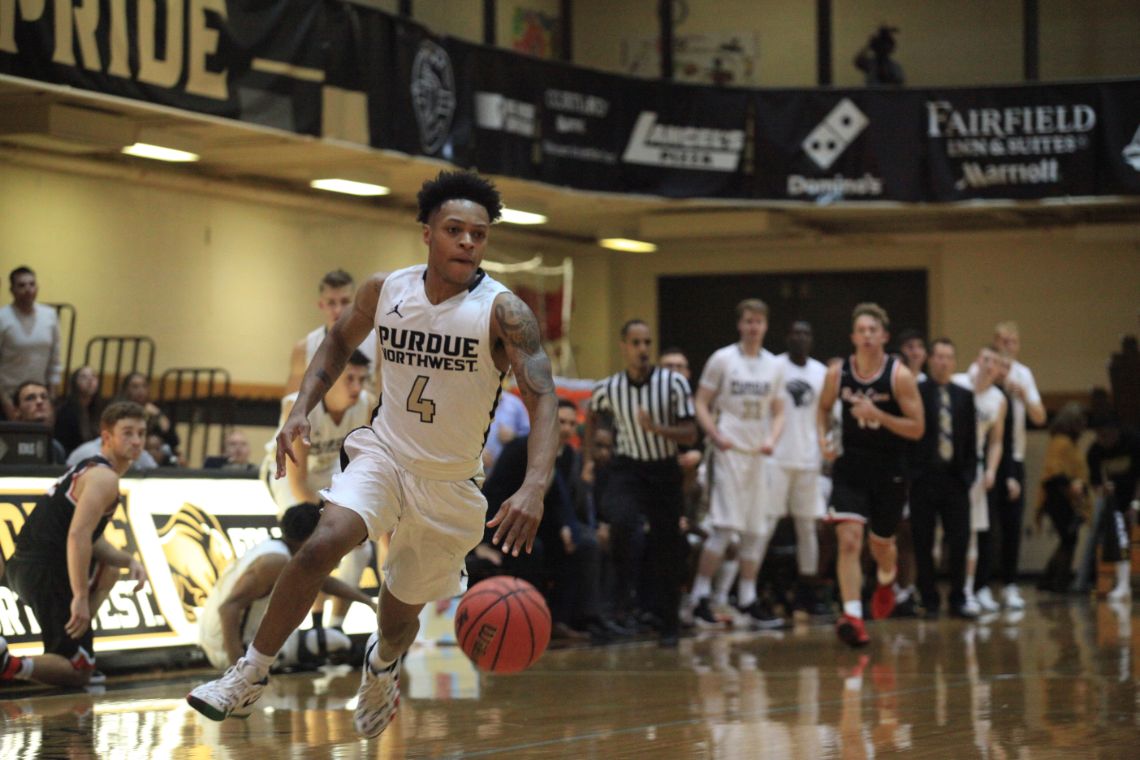 The game started out tight, as the Red Lions had an answer for every PNW bucket. LCU shot 52.5% from behind the arc, as Nate Parks knocked down all three of his attempts from 3. The Black and Gold were an impressive 10-21 from downtown, as Gilmore and Lukas Vilkovsky (Kosice, Slovakia/Business Academy) knocked down a combined five triples in the first half. A late bucket from LCU made it 52-50 PNW at the intermission.

The second half was all Pride, as the team hung 61 points on the Red Lions in the final 20 minutes. PNW finished with a well-balanced offensive attack, as five players scored in double figures. Along with Gilmore’s 24, freshman Dean Tate (Indianapolis, Ind./Warren Central) had 14 points and Rich Robertson (Fort Wayne, Ind./Northrop) scored 12 points in 25 minutes. The freshman guard duo of Chase Rankin (Columbus, Ohio/Gahanna Lincoln) and Greg Boyle (Chicago, Ill./Trinity International) added 10 as the Pride topped 100 points for the first time since a game against St. Xavier on January 14, 2017.

Durante Lee (Gary, Ind./IU Kokomo) had his second perfect game from the field, as he finished 4-4 with nine points and seven rebounds. The top four guards for PNW finished with 18 assists and just two turnovers as they took extraordinary care of the ball. PNW’s 113 points is a Purdue Northwest school record.

Head coach Boomer Roberts had this to say on his first career win at Purdue Northwest:

“I’m proud of our guys for the way they stayed the course tonight. We had a great start, then struggled to end the first half, but responded well together in the second half on the defensive end. Obviously it’s great when you shoot the ball well, but I thought we got good ball movement and took great shots, and our guys have put a lot of work in the gym to knock those down. Tim and Chandler played really well, and our four lead guards set the tone for us offensively by combining for 18 assists and 2 turnovers. Tae, Palmer, and Scho gave us great minutes in the paint as well, competing on the glass and taking advantage of their size," Roberts said.

Next up for the Pride, they will take a holiday break for Thanksgiving before heading east for the Tiffin University Tournament in Tiffin, Ohio. They will take on the Urbana Blue Knights on Friday, November 23 at 3 PM (CST).