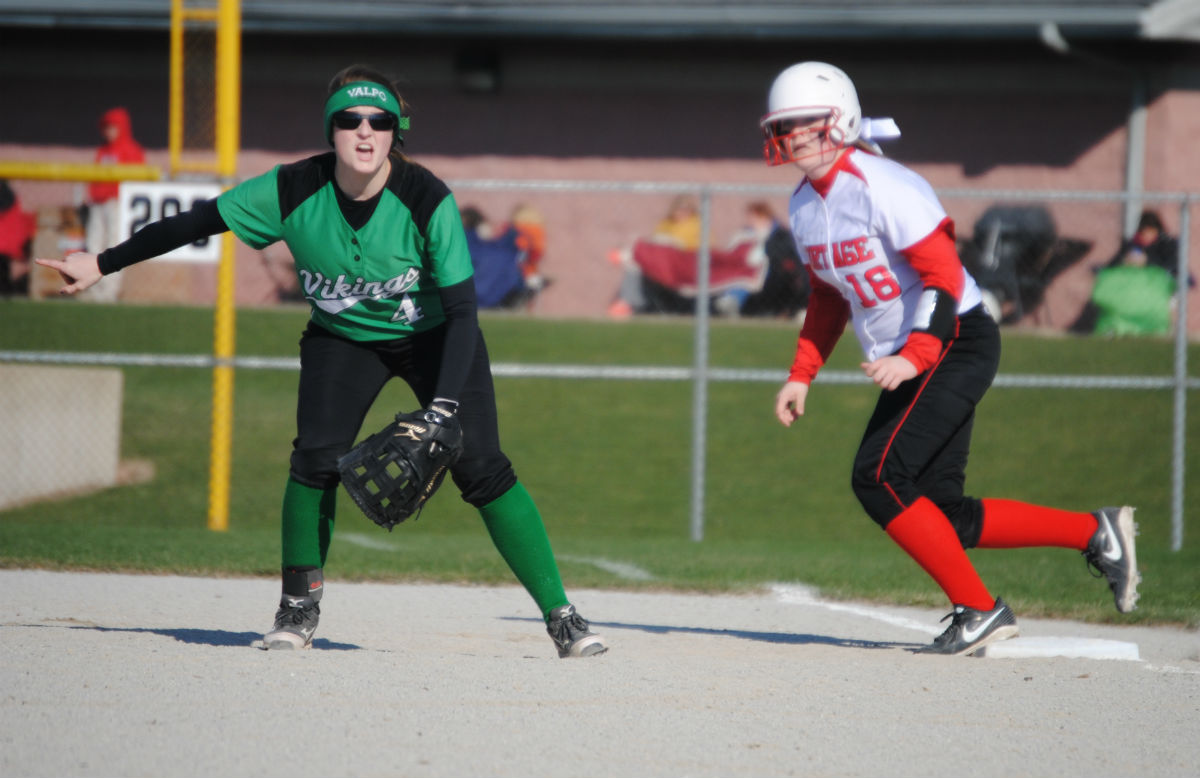 Portage took home first place on Saturday in a tournament they hosted with a 313 score. The Indians were followed by Lake Central JV (326) and Lowell (354).

Jordan Henson and Noah Kustek both shot a 76 to lead Portage. Teammates Tep Junyanid (80), Eric Lewis (81) and Blake Wiseman (89) also contributed in the the win.

In game one, Travis Upp, Drew Jones and Evan Miller drove in runs for La Porte, who scored two runs in the first and three in the fifth. Jake Waterson (2-0) picked up the win on the mound for the Slicers.

Zach Downs drove in two runs for La Porte in game two, as the Slicers scored two in the first, six in the second and one in the third. Nick Willoughby earned his first win of the season on the mound.

With the win, the Slicers are now 8-3 on the year.

Portage's Ashley Sosbe finished third in the discus throw with a throw of 137 feet.

Jacob Bearss struck out five in four innings to pick up the win on the mound. Peter Psomadelis paced the Indians' bats on Saturday with two hits and three RBI. Bearss and Hunter Thorn added triples, while Kevin Jones hit an RBI double.

Portage combined for 15 hits on Friday and were led by Aaron Brehmer, who drove in five runs on four hits.

Portage cranked out 17 hits to defeat the visiting Vikings on Friday. Alexis Johnson (3-for-4) led Portage on offense, hitting a three-run homerun. Kaitlin Doud (4-for-5) had two doubles and two RBI while striking out seven to pick up the win on the mound.

Becca Block (3-for-5) and Cara Nebel (3-for-4) each hit three-run homeruns for Portage in a 17-hit performance.

Portage split the non conference double-header on Saturday. The JV won the first game, 7-5 and lost the second, 5-4.

Portage finished 3-0 on the day, defeating both Hobart and Lake Central, 3-2 and topping South Bend Washington, 5-0. The doubles team of Lauren Wilk/Emily Vahary and Patty Mota/Haley Mergl won all three of their matches. Mota and Mergl prevailed 10-7 in a pro-set-tie-breaker to give Portage the decisive win over Lake Central.