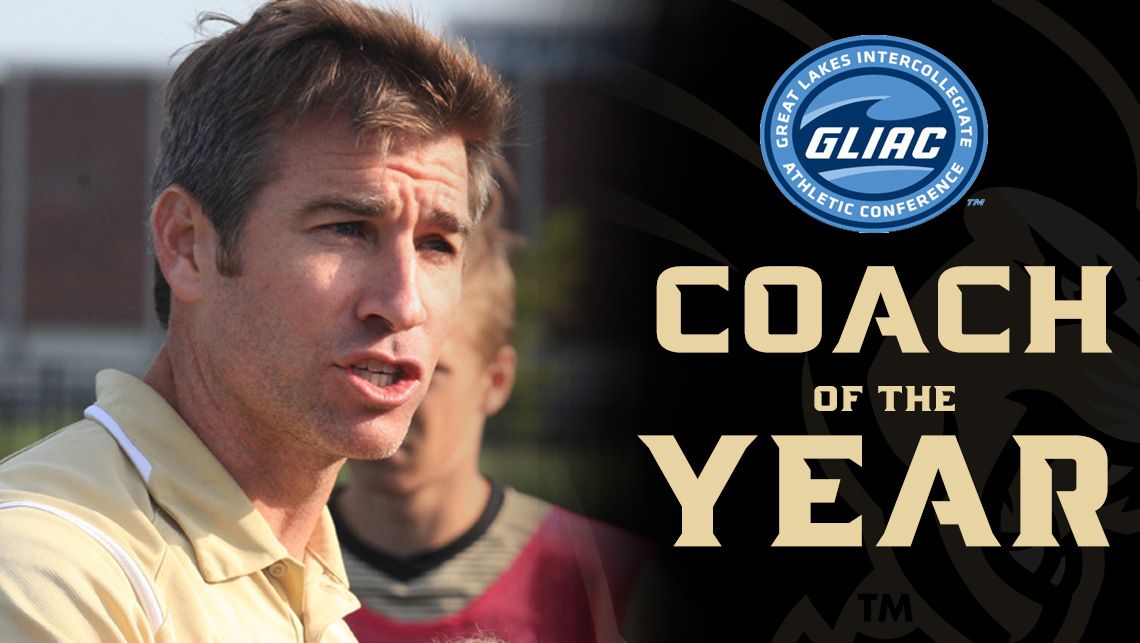 Hayes guided PNW to a 9-7-1 (7-5 GLIAC) overall record which was a four-win improvement overall in the GLIAC that gave PNW the third seed in the postseason tournament. The fourth-year head coach of the Pride also helped lead an offensive attack that doubled its scoring output from last season.

“Congratulations to Coach Hayes and the Men’s Soccer Program on this wonderful accomplishment. Coach Hayes is an excellent tactician, recruiter, and mentor of student-athletes. Under his leadership, the achievements of the men’s soccer program in the classroom, community, and in competition have been outstanding. On behalf of Purdue Northwest Pride, I am thrilled that Coach Hayes received this recognition for his tremendous work developing and leading the men’s soccer team”, said, Rick Costello, Purdue Northwest Director of Athletics.

Hayes has spent the last four seasons with the Black and Gold, leading the Pride to back-to-back appearances in the GLIAC Postseason Tournament and compiling an overall record of 37-26-10.

“I’m incredibly honored to be recognized for this award,” head coach Ryan Hayes said. “With the high caliber of coaches that we have in this conference to even be mentioned in the conversation for this award is very humbling”. “Recognition and awards like this aren’t possible without the tremendously hard working coaches that help this program everyday including Liam Lacy, Sergio Reyes, Ben Wilbor, Jake Truty and Stephen Hayes.”

“I’d also like to thank Rick Costello and Chancellor Keon for their support and commitment to our school, athletics department and men’s soccer.”

“Credit and appreciation goes to all my mentors in the past who include Stephen Hayes, Gerry Canavan, Tom Gizynski and Graham Brennan. I finally need to thank my wife Katie, kids (Zoe and Lawson) and family for understanding how much time and dedication coaching takes and their unwavering support.” ​

The Pride finished with it’s most wins since joining the GLIAC and saw four student-athletes earn GLIAC Postseason honors this season as well as a trio of student-athletes receive GLIAC Player of the Week accolades.