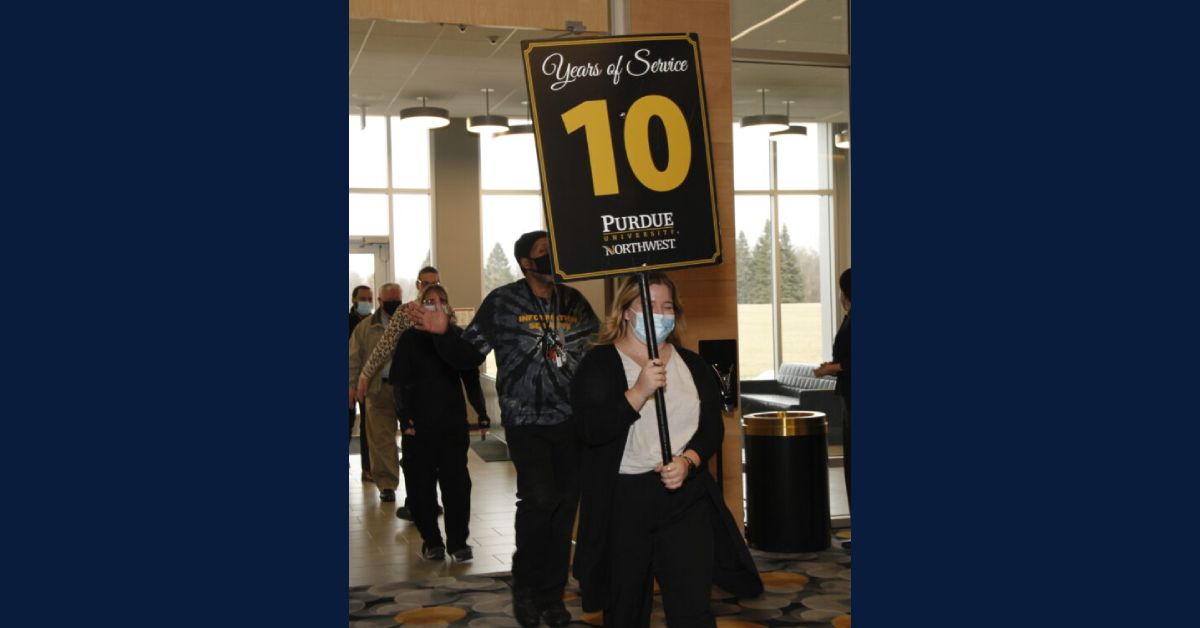 Purdue University Northwest (PNW) recently recognized several students, faculty and staff members, nominated by their peers, for their leadership and innovation. The awards were announced during PNW’s annual Founders Day celebration held on the Westville campus.

PNW’s Founders Day event celebrates the anniversary of the university’s founding and reflects on the mission and progress of the metropolitan university’s role in transformational change for Northwest Indiana.

The event also recognizes a new set of nominees each year who have forwarded that mission through their academics, scholarship, and service to the campus community and Northwest Indiana.

This year’s Founders Day was part of the year-long Roaring Ahead 5.75 activities, commemorating the fifth year as Purdue Northwest and 75 years of both of the university’s campuses serving the region.

PNW congratulates all employees honored for their years of service and the recipients for outstanding faculty, staff, and student awards.

Three PNW faculty members were honored with outstanding faculty awards in the areas of scholarship, teaching and engagement. They are as follows:

PNW staff members who received awards in each of the following categories are as follows:

Two PNW students received awards for their service in the following categories:

PNW also posthumously honored Saul Lerner, professor of History, for his 55 years of service to the university. Lerner passed away in early February at age 85. He had served PNW and its students continuously since 1967.