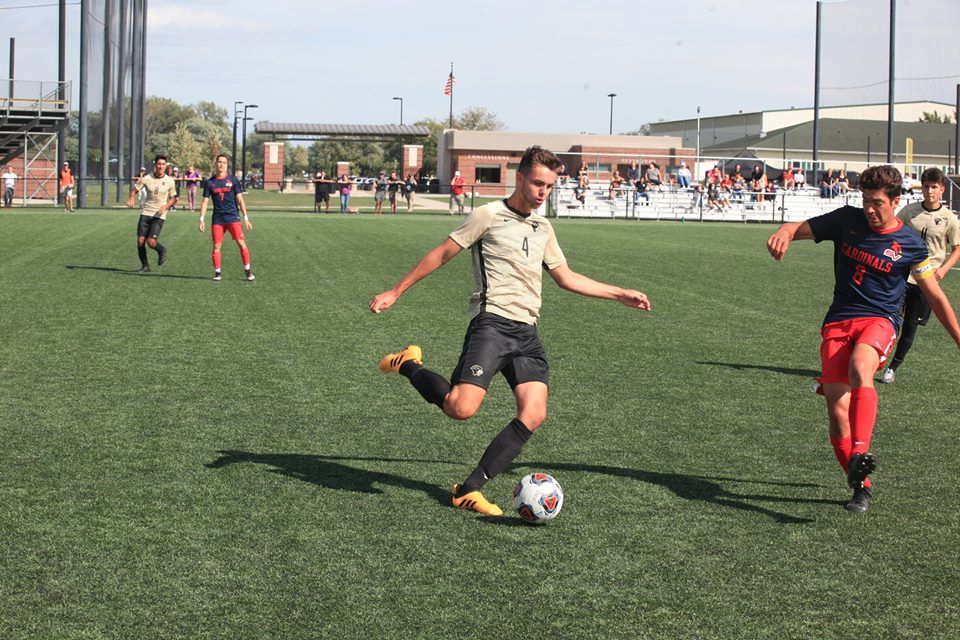 The Pride scored the first goal of the match in the 8th minute after Isaiah Nieves (Lyons Township, Ill./Lyons Township) connected from around 26 yards out to put the Black and Gold ahead, 1-0.

It wasn’t until the final minute of regulation when Davenport notched the equalizer from Miguel Flores who sent the match in to overtime.

The first OT period was scoreless and so was much of the second, until the 109th minute of play when Daniel Freedman (New Castle, England/Monkseaton Academy) notched the game winner on a pass from Matt Bahena (Alsip, Ill./Eisenhower) to give the Pride a 2-1 victory.

Brad Brack (Crown Point, Ind./Merrillville) earned his first win of the season after playing the full match and recording seven saves in goal.

PNW returns to action Friday, Oct. 5, when they travel to Ashland, Ohio for a GLIAC contest against Ashalnd University at 6pm (CST).