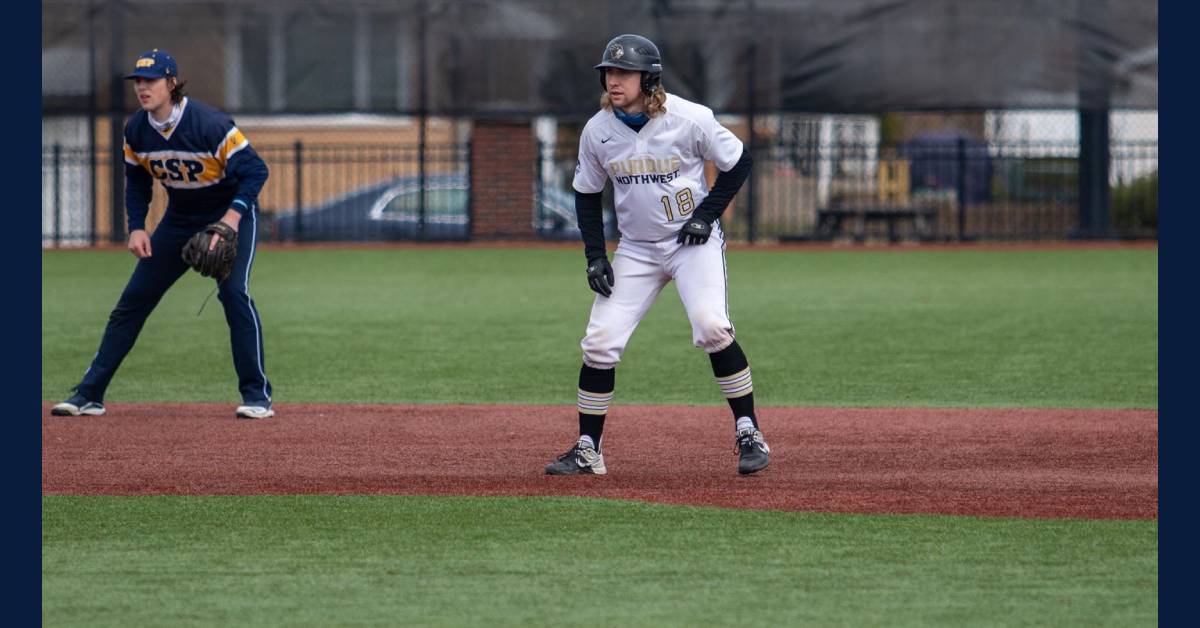 Purdue Northwest (3-3) dropped both games to Concordia-St. Paul (3-1) in Sunday's non-league doubleheader at Dowling Park. The Golden Bears won the first game 7-4 and clinched the weekend series with an 8-2 victory in the finale.

The visitors scored four runs in a 47-pitch inning to start the contest, with only two hits, as walks haunted the PNW pitchers in both games.

The Pride would pull within one when a pair of RBI groundouts from Luke Montgomery and Ray Hilbrich in the second made it 4-3.

But, Concordia-St. Paul's Eathan Soeffker doubled to plate two unearned runs in the third and the Golden Bears tacked on one more in the fourth to remain in front for good.

Anthony Agne recorded the only extra-base hits on the day, including his third-inning double in Game 1.

Sean Casey took the loss for PNW in his first start of the year. The right-hander struck out three and was tagged with three earned runs on two hits and four walks.

CSP's TJ Johnston picked up the win in 3.2 innings of shutout relief. He struck out four and only surrendered one hit.

PNW's bats fell silent in the nightcap while CSP took advantage of a few breaks and cashed in for an 8-0 lead after plating five runs in the fifth. In that inning, the first five CSP batters reached base and three of the runs were unearned.

Agne roped his second double of the day in the bottom half to put PNW on the board, but it was too little, too late.

PNW was outhit 11-4 in the second game and committed three errors in the field. Montgomery, Agne, Hayden Matulich and Anthony Fumagalli each hit safely.

Trey Johnson came around to score the Pride's second run in the eighth inning on a failed first-to-second double play attempt.

Starter Jackson Lund was charged with the loss, despite a nice showing in his first start. Lund struck out five and walked two across four frames while giving up three earned runs on seven hits.

NEXT UP
PNW hosts GLIAC rival Parkside next Saturday in a Dowling Park doubleheader dubbed a "non-conference" matchup. First pitch is scheduled for noon CST in Game 1.