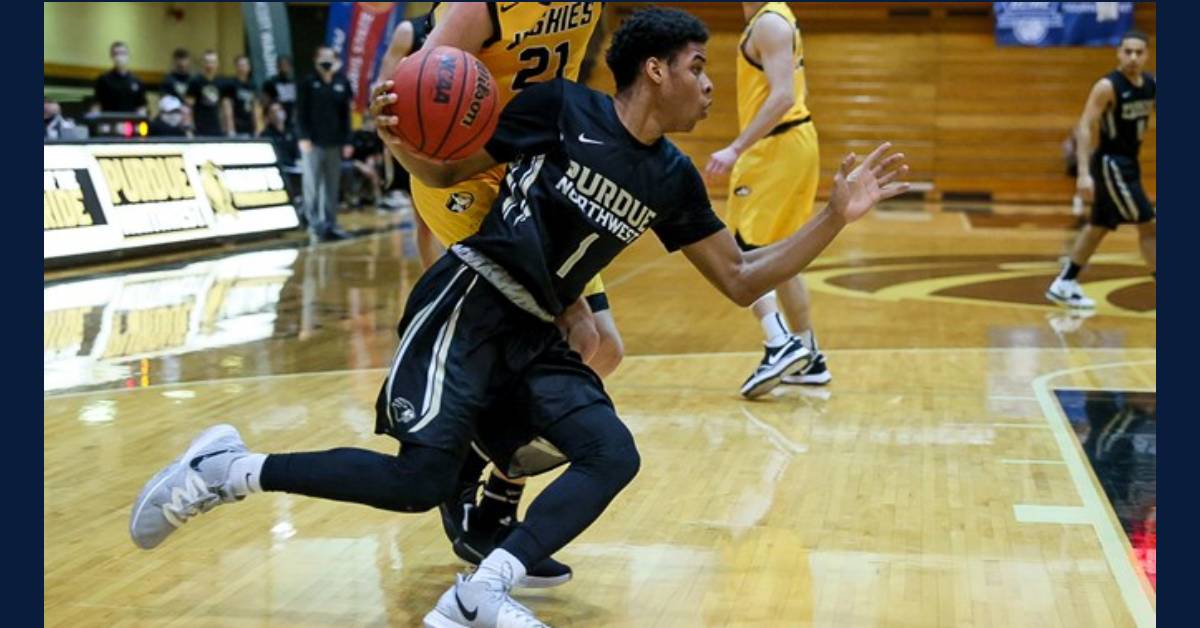 Purdue Northwest's season ended Thursday night following a 74-63 loss to Michigan Tech in the quarterfinals of the GLIAC Tournament, hosted at the PNW Fitness & Recreation Center. It was the first postseason appearance for the PNW men's basketball program at the NCAA Division II level.

"I'm very proud of this team," PNW head coach Boomer Roberts said. "They have overcome so much adversity in a difficult year to be college students. They have raised the bar for our program on the court and off. They have grown as men, as brothers, and as a family. We came up short of where we all wanted to finish, but the journey was filled with incredible moments that they will look back on forever. These guys are a joy to coach, love others well, bring joy to every place they go, and have made our entire University proud. We have a lot of guys returning and have big goals, so the future is bright. The best is yet to come."

Mikell Cooper poured in a season-high 25 points on 10-of-16 shooting but the junior guard was the only PNW player to reach double figures in the scoring column.

PNW (8-9) led for a portion of the first half and gained its largest lead at the 11:35 mark when a Gregory Boyle 3-pointer put the Pride up 19-14. Another trey by Xavier Allison gave PNW a 24-21 lead near the nine-minute mark, but the Huskies went on an 8-0 run to tilt the momentum.

Despite limiting the GLIAC's leading scorer Owen White (22.1 ppg) to just three points in the first half, PNW found itself down 43-32 at the halftime break.

Michigan Tech (13-6) extended the lead to as much as 13 in the early minutes of the second period, but the Pride were able to hang around and keep within striking distance.

A fastbreak dunk by Vincent Miszkiewicz followed by an Anthony Barnard jumper, trimmed the deficit to five, 52-47, with 11:20 remaining.

The Huskies' lead crept back up to 12, but PNW sliced it to single digits when another bucket made by Cooper pulled the Pride to within seven, 63-56, with just over three minutes left. However, Michigan Tech answered right away and maintained its lead to close out the game.

PNW, which led the GLIAC in team rebounding entering the contest, was defeated on the glass by a 39-30 margin. Michigan Tech held a 13-4 edge in second-chance points which as the result from its 12 offensive boards.

The Huskies also went 16 for 20 at the free-throw line while the Pride attempted just four free throws on the night.

Dawson Bilski led the Huskies with a game-high 26 points. He knocked down 4 of 8 from beyond the arc and went 6 for 6 at the free-throw line. Bilski also recorded six steals. White ended up with 14 points and Eric Carl chipped in with 12 points.

Michigan Tech advances to the semifinals where it will meet Grand Valley State Friday night at the PNW Fitness & Recreation Center.