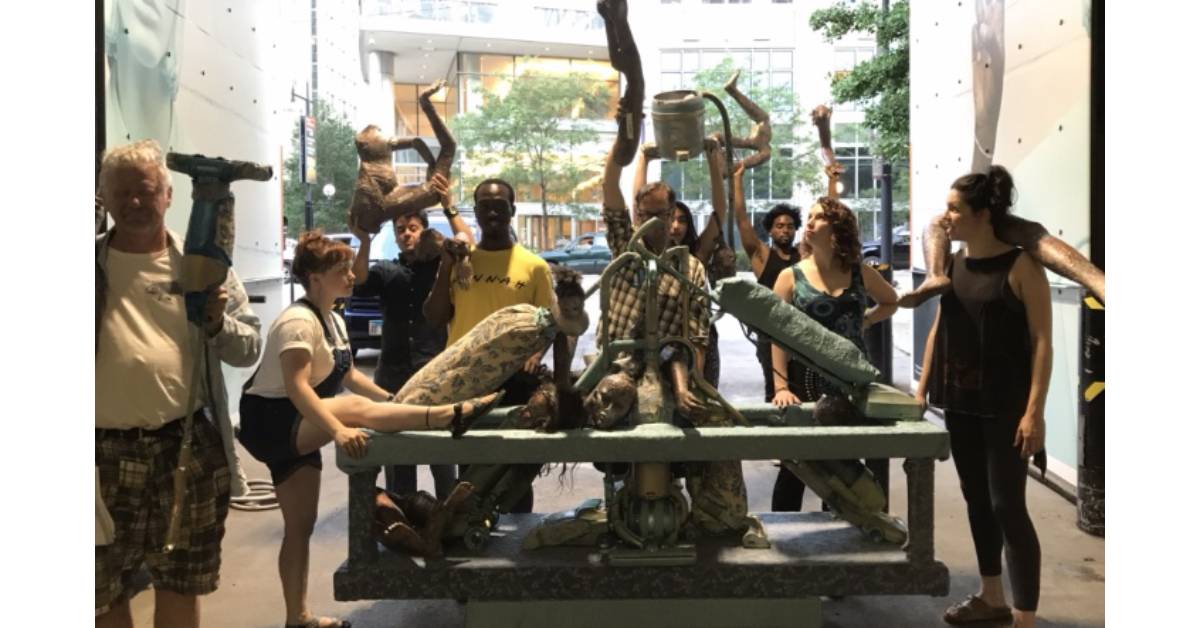 Dado, visiting instructor at Purdue University Northwest in the Communication and Creative Arts department, will direct an opera from scratch at the Museum of Contemporary Art and the Prop Thtr in Chicago for the Storefront Project.

The Storefront Project is a performance from various artists in the Chicagoland area, who were asked to take a piece of a public-domain text that was not supposed to be made for theatre and make it into a production.

“These curators thought it would be interesting to show original work from artists in unconventional spaces at their venues,” Dado said. “It is an amazing opportunity. It is very brave and very creative of the curators to do this.”

Dado, a Whiting, Ind. resident, went to her local library in search of texts that could be used for the production. She found a 1910 vacuum advertisement that inspired her to create the text into an opera.

“I thought the ad was both hilarious and upsetting—the writing in the ad was subversively sexualized, but in a terribly theatrical way. Also, it takes a good hard look at the generational systems embedded in repetitious acts of questionable domestic capitalism,” Dado said.

Dado also used other clips from the newspaper during that time period. She said that one of the interesting thing in the newspaper was how people would send their own personal updates to the newspaper, as if it were one of their social media posts.

“There was a list everyday of what was happening in everyone’s life, whether they were visiting an aunt or selling toys for Christmas,” Dado said. “It was almost like their Twitter or Facebook. There is even a line in the lyrics that says, ‘Alice Bar, six-years-old, broke her arm last Thursday’ to highlight that.”

All of the lines of the opera are based in Northwest Indiana and came from the Whiting Public Library. Dado has worked on this project since January. She and her composer, Elenna Sindler, started collaborating on the music in May and began working with professional opera singers in July.

Sindler, 20-year-old college student, said that it had been an incredible experience to collaborate with Dado.

“I couldn’t have asked for a better partner,” Sindler said. “To be able to work with the incredible actors and to realize all that is being put into it is incredible. I am so excited for the show.”

Sindler was in charge of the music for the opera. Dado and Sindler are fascinated with the new music style of opera, which is a hybrid of both opera and classical music. The music in the opera is all acapella.

Visitors will walk through three segments of the tour and see different works of art, which will lead to Dado and Elenna’s new opera, which will be performed in the loading dock at the MCA and in the back driveway and garage at Prop Thtr.

“I hope that people seek out more less traditional performance events in the future,” Dado said. “It’s important that this kind of work exists in Chicago and I am excited to be a part of it.”

“I hope that the audience can identify themselves in some way and look at an idea and see it in a different way,” Sindler said. “If people leave with some sort of impact left on them because of the show, whether it is positive or negative, that will satisfy me as an artist.”