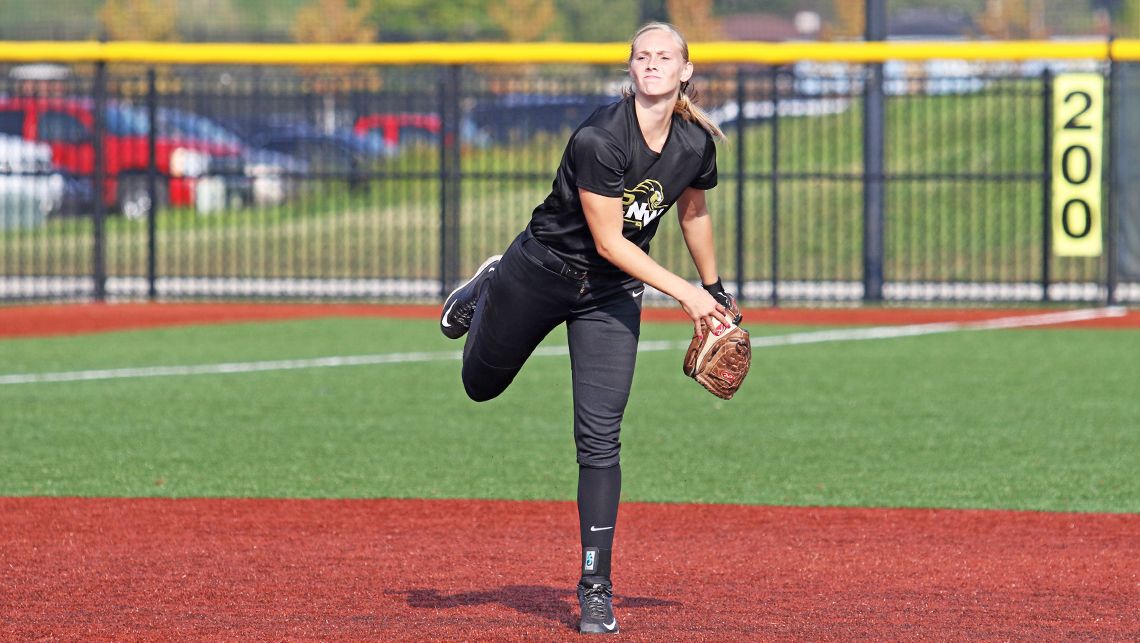 PNW Softball Splits with Cincinnati Christian Sunday After dropping the first game to Cincinnati Christian, 9-7, the Purdue University Northwest softball team answered back with a 12-3 victory to cap off a series split with the Eagles Sunday afternoon.

The Pride (2-2) struck fire at the plate in the fourth and fifth innings of Game 2, to propel them over the Eagles (3-2), scoring 9 of its 12 runs in the final two innings.

PNW Softball Splits with Georgetown College is Season Opener http://www.pnwathletics.com/softball/news/2016-17/3651/pnw-softball-splits-with-georgetown-college-in-season-opener/ A go-ahead home run in the top of the seventh inning by Taylor Kotzo proved to be the deciding factor in Game 2 against Georgetown College, completing the series split Saturday afternoon in the Pride’s first games of the season.

The Pride have now won six matches in a row to continue their impressive start this season.

WBB: Purdue Northwest Falls to SXU in CCAC Semifinals http://www.pnwathletics.com/wbasketball/news/2016-17/3650/womens-basketball-falls-to-st-xavier-in-ccac-semis/ The No. 15 Purdue University Northwest women's basketball team saw its run in the Chicagoland Collegiate Athletic Conference tournament come to an end with Saturday's 104-72 loss to No. 3-ranked and two-seed St. Xavier University Saturday in the tournament semifinals.