The Purdue University North Central student-athletes have a long-standing commitment to volunteering where they are needed on campus in the local community.

The women’s softball team members have established a tradition of generously supporting Daniel’s Cause – a gift-giving resource created by Daniel Alexander of Westville.

Alexander created his “cause” a few years ago with the sole intent of helping to brighten the holiday season for deserving children. He knows how much a simple gift can mean to a child. Alexander is now 14, but in 2010, he was diagnosed with an inoperable brain tumor. He made many trips to the University of Chicago Comer Children’s Hospital. The hospital’s Child Life Services provided toys to Daniel and the other hospitalized children for them to play with and keep, at no cost the child’s family. It was a service that Daniel and his family appreciated.

Today, Daniel is home and doing well. He decided he wanted to repay the good will he experienced at the hospital and took on the project of gathering toys to donate to hospitalized children who were spending the holidays away from home. He said that the hospital generally has about 150 young patients in its care on Christmas day, with the average age of 7.

Knowing that, Daniel decided to make sure the youngsters could enjoy their holiday by helping to make sure that Santa had enough toys to deliver to each child.

The PNC softball team members have enthusiastically supported Daniel’s Cause, donating hundreds of toys for the past few years. A PNC connection already existed with Daniel’s Cause as former PNC player and PNC Athletic Hall of Fame player Jessica Brannagan is Daniel’s aunt who has helped to support Daniel’s Cause in the past.

The team members thought it would be great to contribute $5 per player to pay for the toys, said pitcher Audrey Headley. She noted that many contributed more and sought donations from friends and family.

It is also a PNC tradition for the softball coach to match the money raised by the team. Coach Denny King was happy to chip in so that the total reached $500.

“Community service is a big part of our athletic program at PNC,” said King. “Our team members feel a great sense of commitment and they work hard throughout the year to accomplish all that they can as students, as athletes and as members of our community. We are so fortunate to be in the position to help those who may need a hand.” 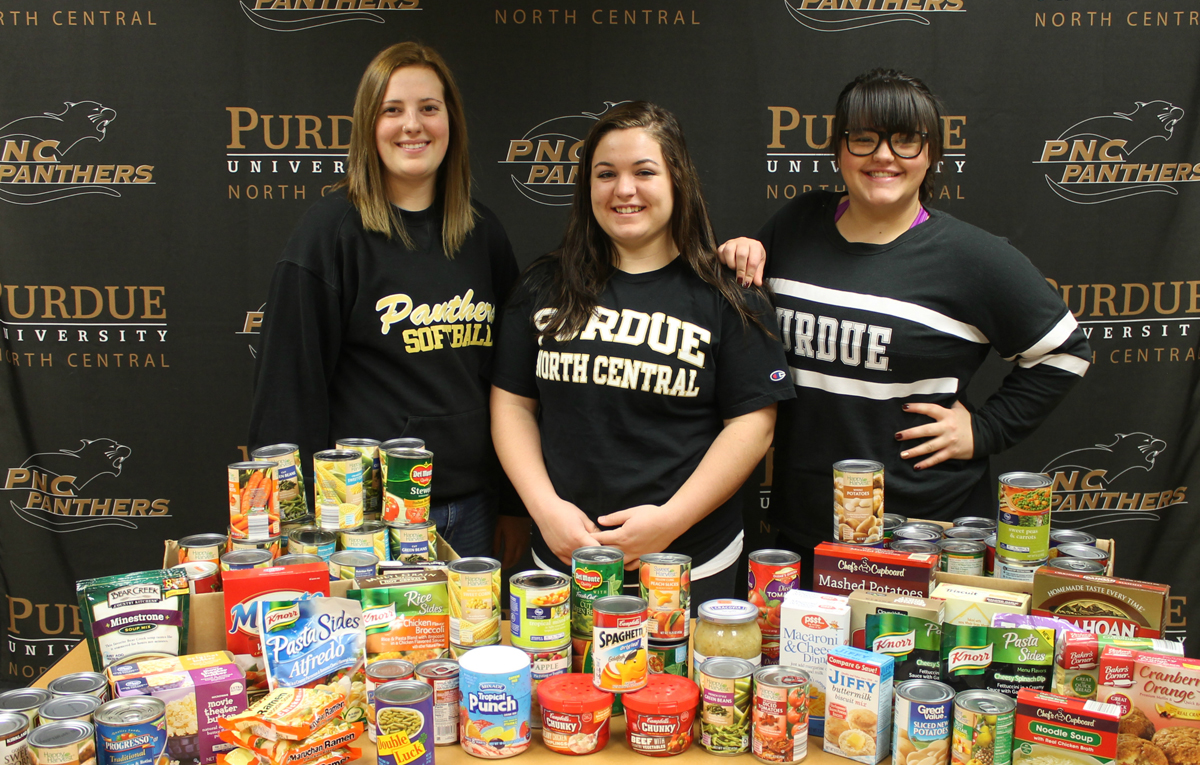 Headley echoed that, “We have a smaller school, so people get to know each other and we begin to feel like a family. That sense of community motivates us to give back and help out whenever and wherever we can.”

Headley is a third-year team member and a captain. As a Business major with a concentration in Marketing, she hopes to put her skills to work with a career in sports marketing.

While she is from Lafayette and most teammates are from cities across the Midwest, they feel a connection to PNC and Northwest Indiana. “We live together, we go to school together and we are here for most of the year. This is our home. These are our friends and our extended family. We are a unit on the field and off the field,” she explained.

The team members took their donations to shop at the Westville Dollar General store. King thanked the manager for helping them to stretch their money by taking advantage of sales and discounts.

Headley said the student-athletes immediately keyed in on toys that they enjoyed when they were younger, as well as some that they would enjoy playing with themselves.

“This was fun for us,” said Headley. “I was a great opportunity for us to help out.”

The team also held a holiday food drive to collect food to be donated to the Porter County Food Bank.

This ongoing commitment to volunteerism helped PNC earn the National Association of Intercollegiate Athletics (NAIA) Champions of Character distinction each year since the award was first granted in 2002.