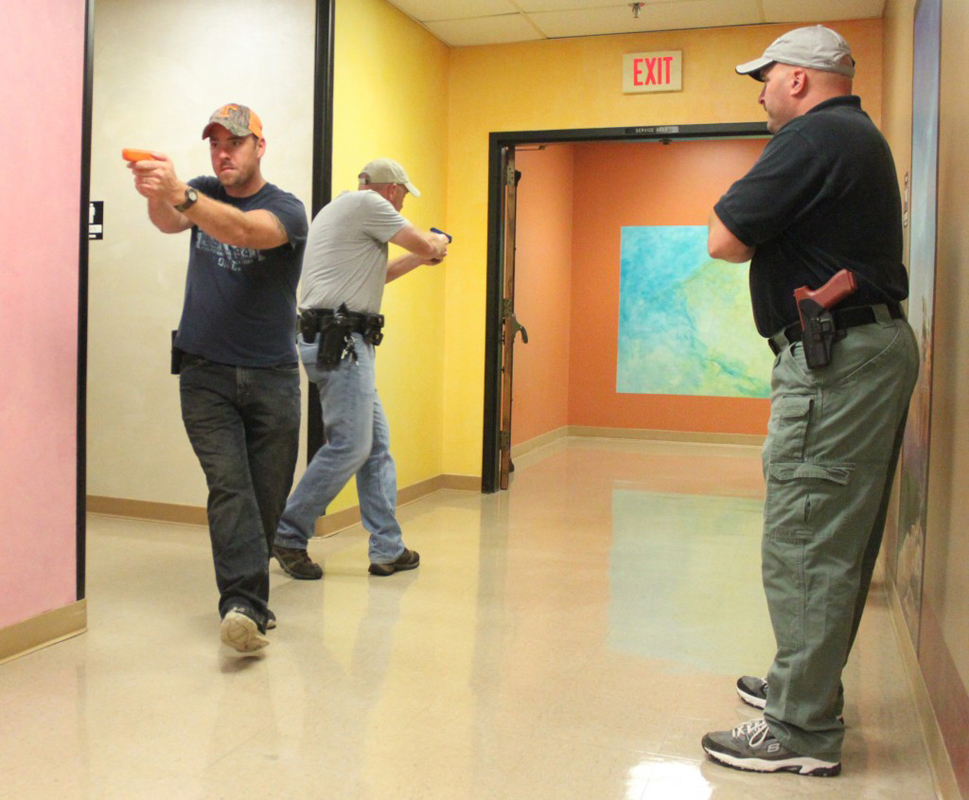 The exercise not only familiarized the PNC Campus Police officers and dispatchers with how to respond to an emergency of this type, but it brought together area police agencies that would likely be called should an emergency occur on the PNC campus. This not only provided much-needed training, but it introduced the police officers to one another as well as the PNC campus.

“One of the first questions that parents ask of a campus police officer is ‘how safe is your campus?’ ” said Terry Scherer, chief of the PNC campus police. “Parents and students want to know that the Purdue North Central campus is safe.”

A key to maintaining a safe and secure campus is being prepared should an emergency arise. This includes making sure that students, faculty, staff, guests, the police department and emergency responders all know how to react to the emergency situation.

PNC holds emergency preparedness drills each semester, practicing scenarios that include tornadoes, fires and a campus intruder, such as an active shooter.

But this is the first drill that allowed the police to actually train on campus for an active shooter situation. Scherer noted that between Aug. 20, 1982 and July 16, 2015, 572 victims died at the hands of active shooters, so the PNC Campus Police decided that a hands-on training session was needed.

The training took place on a recent Sunday to ensure that no students, faculty or staff were present so that the participating officers could move freely around campus. 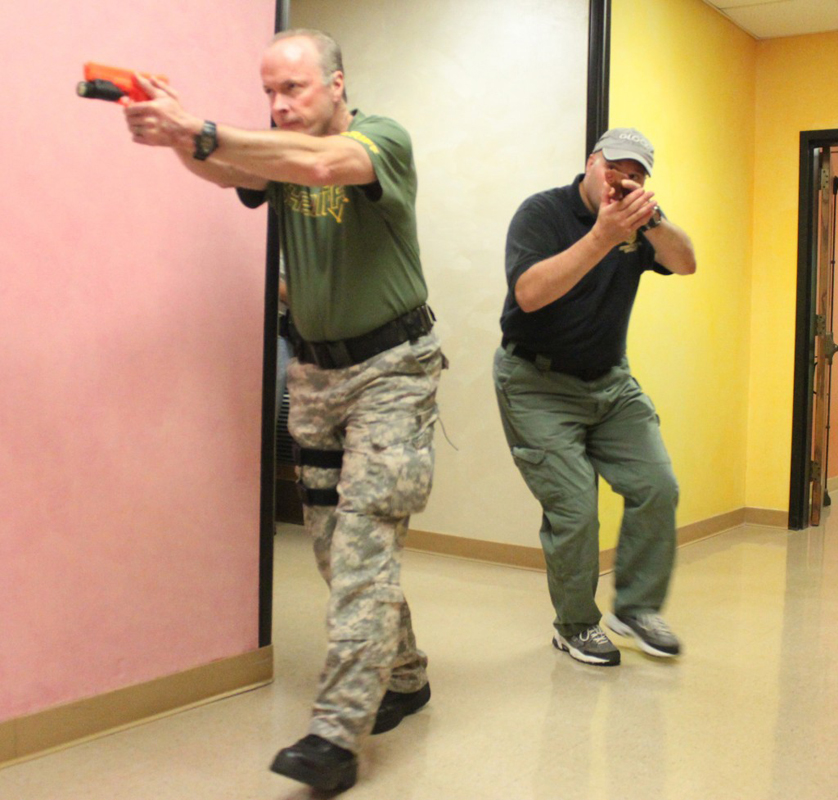 PNC campus police training coordinators Sgt. Victor Santiago and Officer Vance Thompson worked with training officers from area police departments to develop the appropriate training for an emergency on the PNC campus. Training was customized for the large campus, its buildings and its population. Some of the specifics covered were room clearing; navigating stairways; navigating hallways safely to get to the shooter; negotiating during hostage taking and the final confrontation with the active shooter.

“We want everyone to be safe in a situation like this,” explained Santiago. “That is why it is important for all of us to have identical training, to all follow the same procedure and to be familiar with where to go and what to do.”

Their mission was to train, observe and evaluate each officer’s ability to respond, coordinate, communicate, tactically move and to neutralize the shooter.

They created a very realistic training situation, said Scherer. This allowed the officers to react as they would at the scene of an actual emergency.

“In a situation like this, you cannot let your guard down,” he said. “As police officers, we continue to train for emergency situations so that how we react becomes second nature. This training not only helped each individual officer, but it helped us as a group to know how we will to work together.”