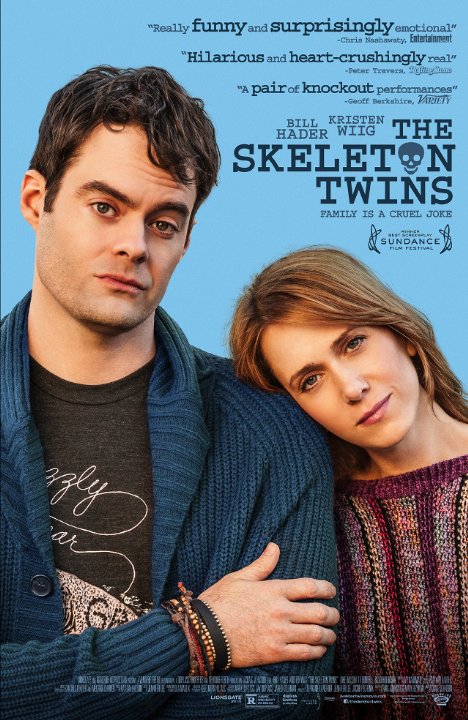 The movie “The Skeleton Twins” will be offered through a collaboration between Purdue University North Central's Odyssey Arts and Cultural Events Series and Michigan City Public Library. The showing is free and open to the public.

“The Skeleton Twins” will be shown on Sunday, March 15 at 2 p.m. at the Michigan City Public Library, 100 E. Fourth St. in Michigan City.

The film is rated R for language, some sexuality and drug use.

This film brings together Bill Hader and Kristen Wiig as estranged twins Milo and Maggie. The movie opens with both twins separately contemplating suicide. After Milo makes his attempt, Maggie goes to see him in Los Angeles and bring him back to New York with her. While the twins haven’t spoken in 10 years, they attempt a relationship. With a cast that includes Joanna Gleason as their mother and Ty Burrell as Milo’s high school teacher, the movie blends comedic moments with some drama and pathos.

Those who are used to seeing this pair in comedic sketches will be “blown away” by their dramatic range, said “Rolling Stone.”

Purdue University North Central Odyssey Arts and Cultural Events Series features various events throughout the year. A complete schedule of events can be found at www.pnc.edu. For more information about this film, or any event in the Odyssey series, contact Judy Jacobi, PNC assistant vice chancellor of Marketing and Campus Relations, at 785-5200, ext. 5593. Persons with disabilities requiring accommodations should contact Jacobi.