Polycon Industries, a manufacturer of plastic containers, announced plans today to expand its operations here, investing $15 million and creating up to 100 new jobs by the end of 2017.

“Indiana is a national center for manufacturing, with one in five Hoosiers working for companies like Polycon Industries,” said Governor Mike Pence. “That’s especially true in Northwest Indiana, as companies continue to cross the state line to expand in the land of low taxes, limited regulations and a pro-growth business climate. Today Polycon Industries is making a big investment in Indiana, continuing a trend of growth we see from companies across the state.”

The company will invest more than $15 million to construct and equip a 150,000-square-foot addition to its facility in Merrillville, which it shares with its parent company, Crown Packaging. Expanding the facility to cover a total of 325,000 square feet, this addition will allow Polycon Industries to increase production of blow molded high density polyethylene stock and custom plastic containers for customers across the country. Construction on the company’s expansion began last month, and operations in its new wing are set to begin in February 2017.

“The economic strength and momentum of the state of Indiana and its commitment to the success of our business were the key factors in our decision to invest here,” said David Blitstein, vice president and general manager of Polycon. “With the help of a strong business climate at the state and local levels, we have the support we need to grow our business on an even larger scale.”

Founded in Chicago in 1969, Polycon Industries moved its operations to Merrillville in 2000. The company manufactures high-density polyethylene plastic bottles, which are used by the chemical, food and health care industries. In addition to its standard plastic bottles, which range in size from 32 ounces to 2.5 gallons, the company also offers custom molding and labeling services.

The Indiana Economic Development Corporation (IEDC) offered Polycon Industries Inc. up to $635,000 in conditional tax credits and up to $30,000 in training grants based on the company’s job creation plans. These incentives are performance-based, meaning until Hoosiers are hired, the company is not eligible to claim incentives. The town of Merrillville approved additional incentives at the request of the Lake County Indiana Economic Alliance.

“Merrillville appreciates our existing businesses and is proud to help them grow and expand their operations,” said Shawn M. Pettit, Merrillville Town Councilman. “When quality companies like Polycon, look to hire more employees at a good wage and make a significant investment in our community, we step up to help them prosper. It is imperative to support their efforts as they are integral in growing our economy.”

About IEDC
The Indiana Economic Development Corporation (IEDC) leads the state of Indiana’s economic development efforts, focusing on helping companies grow in and locate to the state. Governed by a 12-member board chaired by Governor Mike Pence, the IEDC manages many initiatives, including performance-based tax credits, workforce training grants, public infrastructure assistance and talent attraction and retention efforts. For more information about the IEDC, visit www.iedc.in.gov. 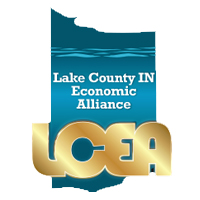