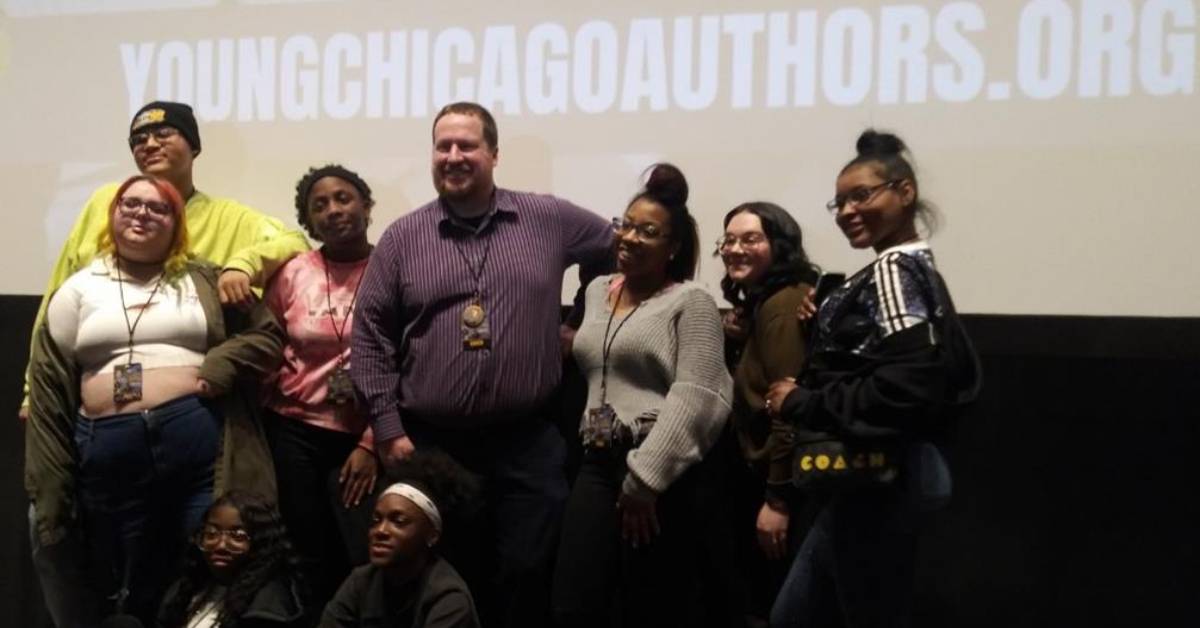 Members of Merrillville High School’s Permanent Ink Slam Poets’ Club had their in-person competition season cut short amid rising concerns about COVID-19 in mid-March, but recently the group had a chance to shine a few more times in a digital space.

The team was able to compete via massive Zoom video call using pre-taped submissions of performance poetry. Although the team took third in its digital makeup quarterfinal bout on April 17 and did not move on to the semifinal round, senior Rebecca Saluska and junior Da’Nyjah Wash advanced as individuals to the semifinal round to represent Permanent Ink.

There were four semifinal bouts. Wash competed April 23 and scored 28.1 of a possible 30 points for her piece titled “Illusion.”

Saluska, only the second four-year poet in 10 years of Permanent Ink, received a 10 from one judge en route to scoring a 28.2 for her piece titled “Broken Records and Rocky Paths” during a Saturday afternoon bout April 25.

Neither poet advanced to the April 30 individual finals, but they were happy to have poetry and cheers from teammates and 70-plus strangers back in their lives in some form during the quarantine period.

The Chicago-based youth poetry festival and competition Louder Than a Bomb, celebrating its 20th year, was cut short this year like most of American life.

The event had quarterfinal competition on March 11 and 12, and Merrillville had qualified to compete March 12 but was unable to attend. The next day the remainder of Louder Than a Bomb was postponed indefinitely.

It turned out four teams like Merrillville were unable to so much as attend the quarterfinal competition at Columbia College in downtown Chicago. The makeup bout online April 17 was a historical first for the storied event.

Merrillville poets Jewel Williams, Maleya Hall, Wash and Saluska had to film themselves performing at home, and they and Imani Johnson and Avery Timmons, who were part of the previously recorded four-person group ensemble piece, had to sign waivers to send to organizers.

Wash had a pet rabbit in her final video, and Saluska had a cat break something in one of her bloopers. The rush of competition and the fun of creating submissions were welcome breaks from monotony.