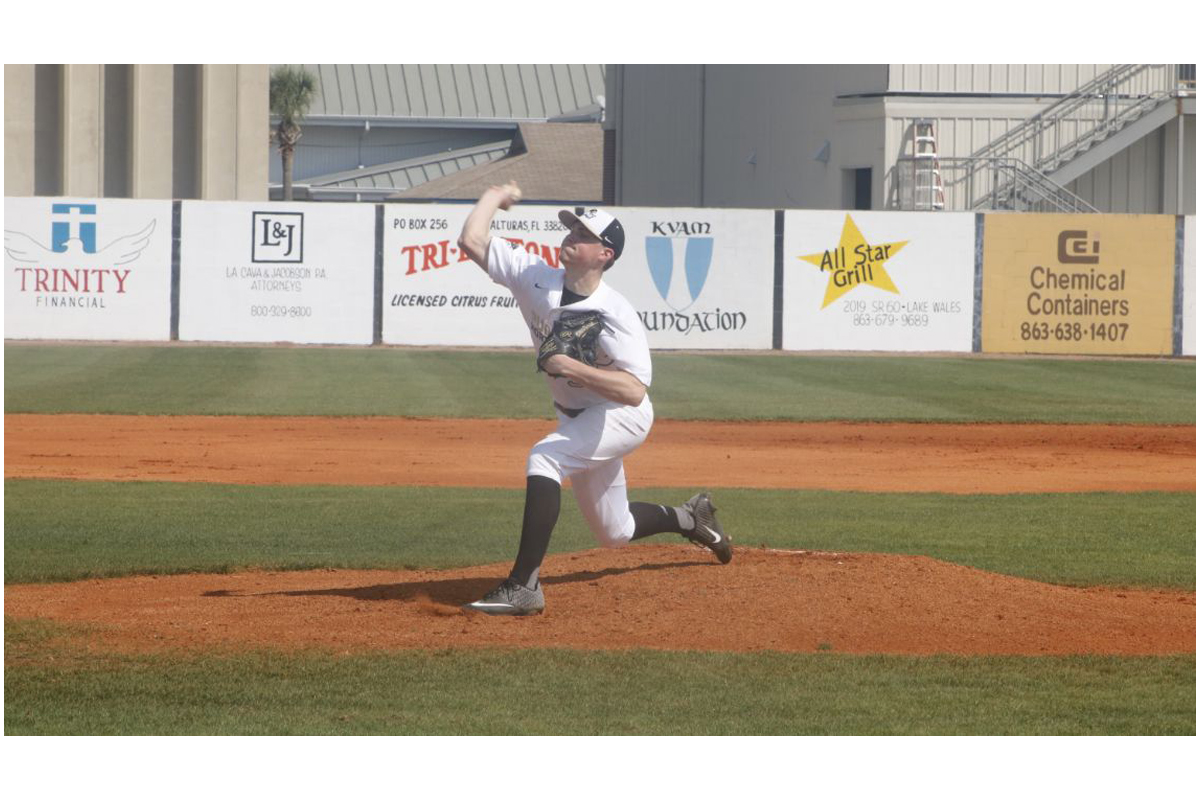 Chad Patrick (Hebron, Ind./Hebron) threw a complete game shutout en route for his fourth win of the season as the Purdue University Northwest baseball team secured a huge series victory against Grand Valley State as the Pride split a doubleheader Saturday. The Pride won game 1, 7-0, and dropped the second game, 4-1. PNW also secured a spot in their first ever Great Lakes Intercollegiate Athletics Conference Tournament in their second season in the conference. The tournament takes place May 9-12.

Patrick tossed seven scoreless innings in the victory, allowed five hits, issued three walks and struck out four to improve to 4-3 on the season.

Ray Hilbrich (Schererville, Ind./Lake Central) had an RBI groundout which scored Austin Kordik (West Chicago, Ill./Community) to start the scoring for PNW to make it 1-0.

The following inning, Hunter Thorn (Portage, Ind./Portage) made it 3-0 after roping an RBI single that scored John Cory (Lowell, Ind./Lowell) from second base.

PNW then put the game out of reach in the top of the sixth inning after tacking on four more runs. Nick Albanese (Algonquin, Ill./Marian Central Catholic) and Kordik both walked with the bases-loaded to bring in two more runs for a 5-0 lead.

Hunter Ryan (Hebron, Ind./Hebron) scored on a wild pitch to make it 6-0. Hilbrich flew into a sacrifice fly which scored Albanese to expand the lead to 7-0.

That score would hold up as Patrick was able to shut the door the next two innings.

The second game was all Grand Valley State as PNW was not able to get much offense going.

GV went ahead 1-0 in the second inning. The Lakers expanded the lead to 2-0 in the fifth inning.

That lead would double in the next frame as GV added two more in the sixth inning.

PNW was able to get one run in the eighth inning to make it 4-1. Michael Woods (Elk Grove, Ill./Elk Grove) doubled to left center then Albanese ripped a triple to right center field to score Woods.

Alex Batistatos (Hobart, Ind./Hobart) took the hard fought loss (2-4) on the mound for the Pride. The junior allowed six hits and gave up two runs in five innings of work.

PNW will host their final GLIAC series of the season as the Pride host Ashland for a four-game set starting on Friday, May 3 starting at 3 p.m. CT.