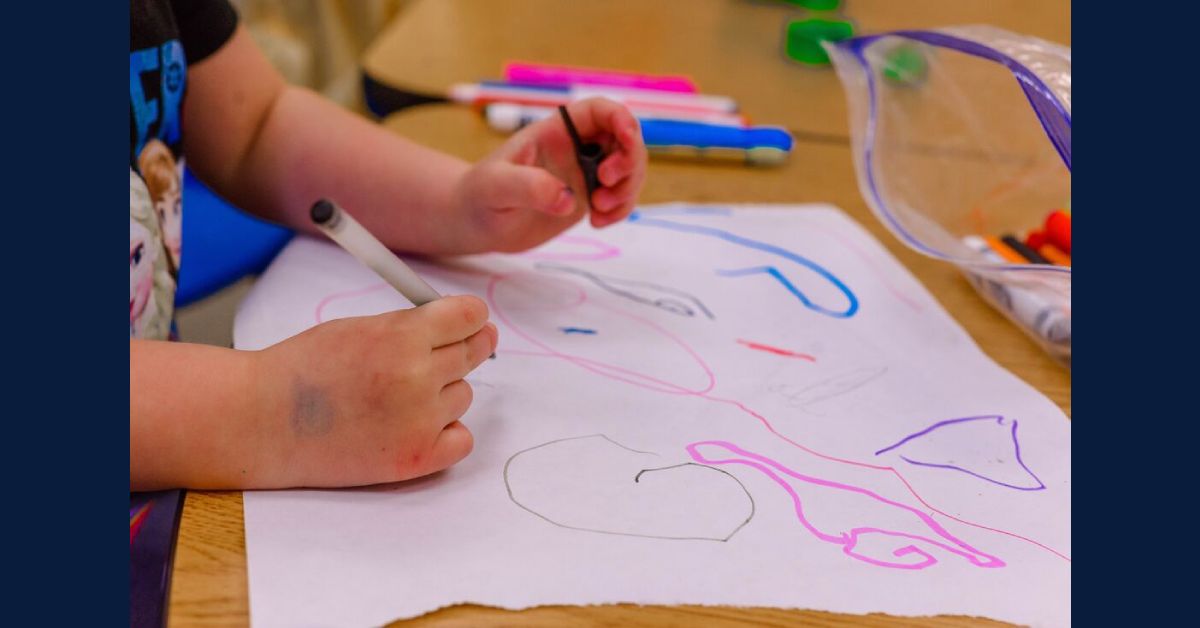 Operating on the fact that every child deserves high-quality, early learning experiences, Paladin, Inc.’s Imagination Station advocates for access to that early childhood education in La Porte County. Originally founded as Child Care Consortium, Inc. in 1992 by Dr. Jan Katz, which merged with Paladin in 2019, Imagination Station began addressing this need in education right away.

“Dr. Katz and a group of local business owners noticed a lack of quality, early childhood education in the community, so they created the Child Care Consortium to address and solve the issue,” said Theresa Argueta, director of early childhood programs for Imagination Station.

Child Care Consortium then opened Imagination Station in 1995 and was originally housed in the Sinai Temple on Franklin Street. It later moved to its current location after the merger with Paladin. Since the program’s official reopening at 1200 East Coolspring Avenue in Michigan City, Imagination Station has continued the hard work that started almost 30 years ago.

“We believe that every child is endowed with curiosity that fuels their unique interests,” Argueta said. “Our goal as a program is to foster growth toward supporting children in their curiosities.”

Imagination Station, which receives its funding from the La Porte County United Way and is the only nationally-accredited National Association for the Education of Young Children (NAEYC) program in La Porte County, is able to do this due to the focus on a Reggio Emilia-inspired curriculum, a teaching philosophy that centers students as collaborators in their own learning. The first aspect the program considers is “The Image of the Child.”

Imagination Station also considers “Children’s 100 Languages,” a philosophy that believes all children have multiple ways of communicating, including verbal, musical, kinesthetic, nature-based learning, and more capabilities. The component of “environment as a third teacher” emphasizes that the physical environment has to support the work and interest of children, and it has to be a space that is centered around children’s needs to positively impact their learning. Argueta emphasized the focus on art in the program and the impact that different art mediums have on children as they learn to communicate.

“We use paint, clay, other natural materials, mixed media, and things like that to communicate in a different way,” Argueta said. “They’re able to communicate what they understand, what they question, and what they feel or imagine.”

The Reggio Emilia-inspired curriculum also believes in the importance of parents and community in early childhood education, ultimately centering them in the learning process.

“Those relationships are really highlighted in our program, so the teacher and the program form relationships with the parents and the child’s community so we can stand as advocates for the family,” said Argueta.

What continues to be vital about the program is its belief of students being centered in their education, allowing them to collaborate and work with teachers as equals.

“They engage in pro-social interactions, cooperative play, and problem-solving, and the critical component is that they’re partners in their own education,” Argueta said.

“We also believe the opposite is true,” Argueta continued. “Teachers are learners in the classroom as well as educators, using observation to learn more about children and to understand how children think and learn.”

This component of teachers observing their students to understand them better is the primary focus of the program, or its “progettazione,” which means the “projected approach.”

“We look at where a child currently is in their learning and exploration, and we project where they’re going,” Argueta said. “The teachers and the program provide opportunities for the children to engage and grow along their pathway.”

“Overall, Imagination Station teaches kids to be advocates for themselves and collaborators in their own learning, and in the end,  it helps to encourage curiosity and problem-solving,” Argueta said. “These are all things we need as adults to be successful in life, so it’s important to learn that at an early age.”

Imagination Station will be celebrating the Week of the Young Child from Monday, April 12 to Friday, April 16, a special celebration started over 50 years ago to highlight quality programs and the importance of high-quality, early childhood experiences.

Beginning Monday, April 12, Imagination Station staff and students will be partaking in special activities. Monday is Music Monday where kids will have the chance to make musical instruments and learn the song “One Love,” a song originally sung by Bob Marley that was rewritten by the One World Chorus. Tuesday will feature students and staff making guacamole together and a visit by Social Cues, a local food truck, with tacos for students to enjoy.

Wednesday is “Work Together Wednesday,” when students will be planting seeds in the garden with community members, family, and Paladin employees. Thursday, the Krieger Middle School Chorus, directed by Shirley Allen, will sing the song “One Love” with Imagination Station students using their handmade musical instruments. On Friday, families will be welcomed to play board games with their children and the staff.

“Children who have these high-quality, early experiences are more equipped not only in school but also in their everyday lives after they leave the program,” Argueta said. “The Week of the Young Child celebrates that.”

For more information about Paladin, Inc.’s Imagination Station, visit their website at http://www.imagination.care/imagination-station.html.