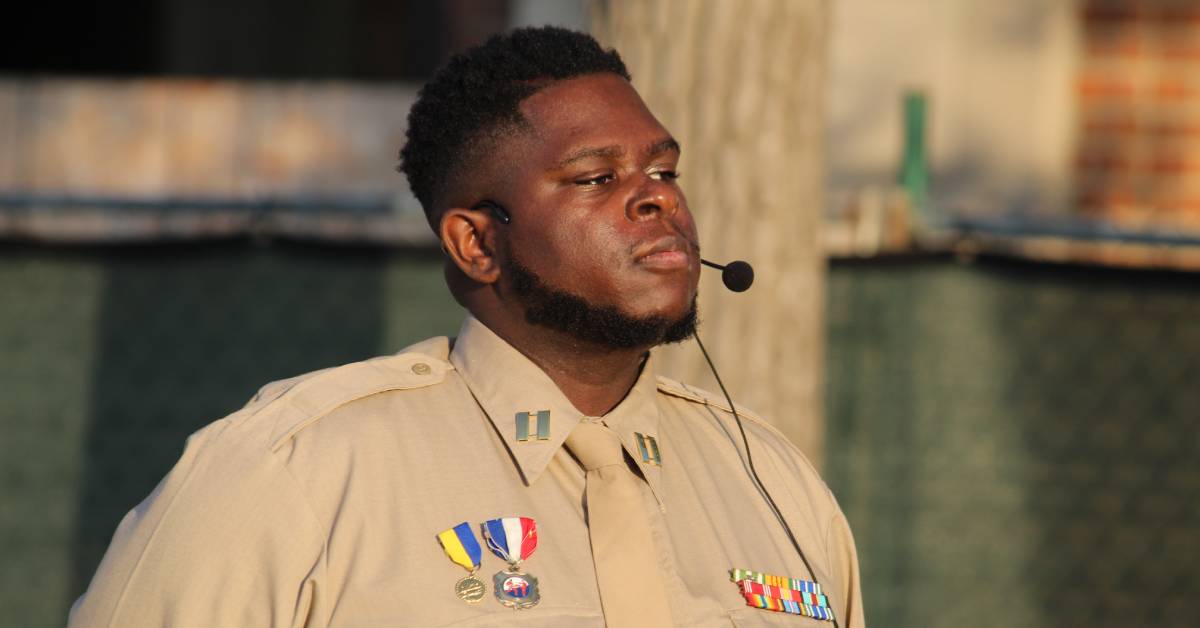 Gary Shakespeare Company performed “The Tragedy of Othello, the Moor of Venice” Thursday evening as the waves tumbled upon the shores of the Indiana Dunes State Park lakefront. The vibrant colors of the sunset cast over the group of Chicago and Region actors performing their rendition of “Othello,” free of charge. The play was presented by Northwest Indiana Excellence in Theater Foundation (NIETF)’s Park Plays, the free live art series.

“It is great to have theatre for free because it can be expensive for an audience member,” said Melissa Downs, actress portraying Desdemona. “I am passionate about this company.

For Downs, Shakespeare is classic with themes all audiences can relate to even in this modern day and age. The language may scare newcomers, but Downs hopes that when people are exposed, they realize it isn’t so difficult to navigate. Downs has been a member of the company for five years and she loves getting the chance to make Shakespeare accessible to everyone.

“I love getting to share these stories,” Downs said. “Everyone can feel and get in touch with the material, even if it is 500 years old.”

Director and Costume Designer Stephanie Naumoff said their interpretation of “Othello” is set in the 1991 Desert Storm era. The garments were recognizable military, business formal, and casual attire. Performing in sand made their storytelling even more impactful.

“It’s exciting when people walk up and ask what the play is about and we respond: Shakespeare,” Naumoff said. “I love their reaction because not a lot of companies take Shakespeare on, and many people have never experienced watching a play.”

According to Naumoff, The Gary Shakespeare Company pours their hearts into every production. They love to see the variety of ages in the audience, from toddlers to senior citizens, and the way that they enjoy the show. Naumoff appreciates the variety of ages and cultural backgrounds within the cast.

There is something special about coming together to enjoy the experience of theatre without technology. In fact, there is no reception at the beach, so the audience and cast members alike must be completely present and in the moment.

“I love that we can set up chairs anywhere, on the beach or in the woods, and welcome people that didn’t expect to see a play,” Naumoff said.

Mark Baer, President of Gary Shakespeare Company and actor portraying Brabantio, said the idea of having a free, Gary-based Shakespeare performance group was something that needed to happen.

“There was something delicious about saying Gary Shakespeare Company out loud,” Baer said. “There is a natural dissonance between our ideas of the City of Gary and Shakespeare, and I think both of those, our impressions, are misplaced.”

Baer, an Associate Professor of Theatre in Indiana University Northwest’s School of Arts, noted that the plays are open, meaning audience members can come and go as they choose. Even a little exposure to the works of Shakespeare is a pathway to literary understanding. Baer appreciates the “Othello” storyline and the fact that it is applicable in today’s world. The theatre company started their first reads in late May, and now carry all of the costuming, props, and equipment on their backs to and from performances across the Region throughout the summer.

“People have this idea of theatre that it’s formal," Baer said. "That you have to sit in an uncomfortable chair, it is expensive, and you are trapped. We wanted to do the exact opposite. We wanted to break down that formality.”

NIETF’s next installments of Park Plays are improv show "MakeShift Up" on August 8, and "Singing Sands: Show Tunes on the Sand Dunes" on August 15. To learn more about NIETF and how to get involved with the Region’s diverse theatre scene, check out their website at http://nietf.org.