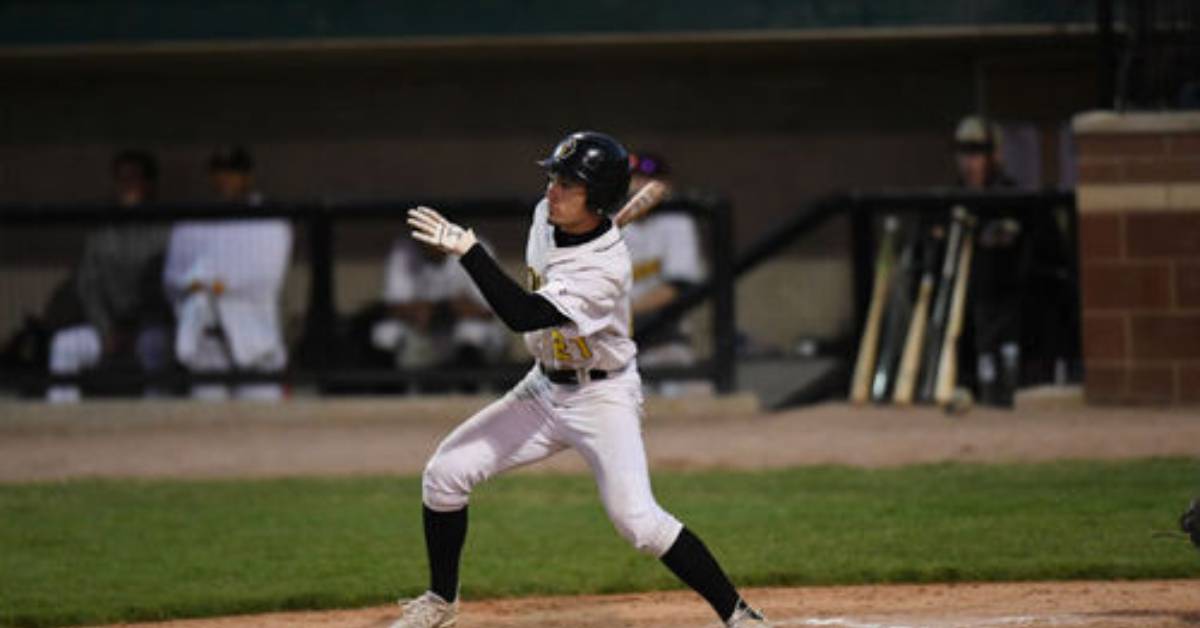 Normally, both games of a doubleheader are finished on the same day. However, the Oilmen would end the first and second seven-inning games of their doubleheader on different days.

The Oilmen soundly defeated the Bobcats by a score of 12-0 in the first game of the doubleheader that ended on July 9, but the second game of the evening went into extra-innings and did not end until 12:30 a.m. the next day, after the Oilmen recorded the final out in the bottom of the eighth inning.

MCL All-Star and left-handed pitcher Nate DeLoian (Carson Newman College / Mokena, Ill.) took the mound for the Oilmen in the first game of the series and pitched five complete innings of shutout baseball. He allowed only five hits and four walks while striking out eight.

The Oilmen struck early and often to support DeLoian’s effort, scoring once in the first inning, three times in the second inning, and three times in the fourth inning before posting five runs in the top of the fifth to put the ballgame well beyond the reach of the Bobcats.

Part of the offensive spark came off the bat of MCL All-Star Clay Thompson (Oakland University / Schererville, Ind.), who added four RBIs to his season total on two doubles that each drove in two runs for the Oilmen. Malik Peters (Northern Illinois University / Calumet City, Ill.) also notched two RBIs but did so without getting a hit in the ballgame.

Reliever Brandon Laux would close things out for the Oilmen in game one, throwing two innings of no-hit baseball while striking out three and giving up only one walk.

The Oilmen would start the second game of the series strong with Jackson Dvorak (University of Missouri-St. Louis  / New Lenox, Ill.) driving in Michael Bolton (Purdue University / Calumet City, Ill.) on a single to centerfield in the top of the first inning to give the Oilmen the lead.

However, the Bobcats would strike back in the third and fourth innings, posting two runs in each of those frames against starting pitcher Mike Madura (Purdue-Fort Wayne / Munster, Ind.) to give them a 4-1 lead that would last until the top of the seventh inning. Madura struck out six while giving up only three earned runs on three hits in his five innings of work on the mound for the Oilmen.

The Oilmen would come back to tie the game in the top of the seventh when Dvorak doubled to drive in Peters and Bolton. Brandon Petkoff would drive in Dvorak just a few moments later to send the game into the bottom of the seventh inning.

Patrick Doran (South Suburban College / Evergreen Park, Ill.) pitched three scoreless innings of relief, including a two-strikeout bottom of the seventh, to give the Oilmen a chance to take the lead in the top of the eighth.

“Madura and Doran did an incredible job for the team on the mound tonight,” Oilmen manager Kevin Tyrrell said. “It’s a hard thing to focus as a pitcher and throw your best stuff when your down three runs. It’s easy for a pitcher to just give up and start throwing softer stuff over the plate, but our guys tonight buckled down and focused when the situation demanded it.”

The bat of Dvorak would produce again for the Oilmen in the top of the eighth, driving home Bolton and Peters to help give the Oilmen a three-run lead going into the bottom of the eighth inning.

“Jackson gets the hero award tonight,” Tyrrell said. “He had five RBIs that were huge for tonight. But the entire team did well at the plate and they didn’t give up their at-bats.”

Doran would hold the Bobcats scoreless in the bottom of the eighth to help the Oilmen secure a 7-4 victory.

“We’re trending in the right direction,” Tyrrell said. “But I don’t want to peak too soon. We’ll take the wins, but the most important thing is being in the right position during the playoffs.”

The Oilmen’s next game is against the Crestwood Panthers at Howie Minas Field on Thursday, July 11 at 7:00 p.m. Brandon Vickrey, Jon Zaghoul, and Blake Toman will have the call on the Northwest Indiana Oilmen Broadcast Network, accessible via Facebook Live.