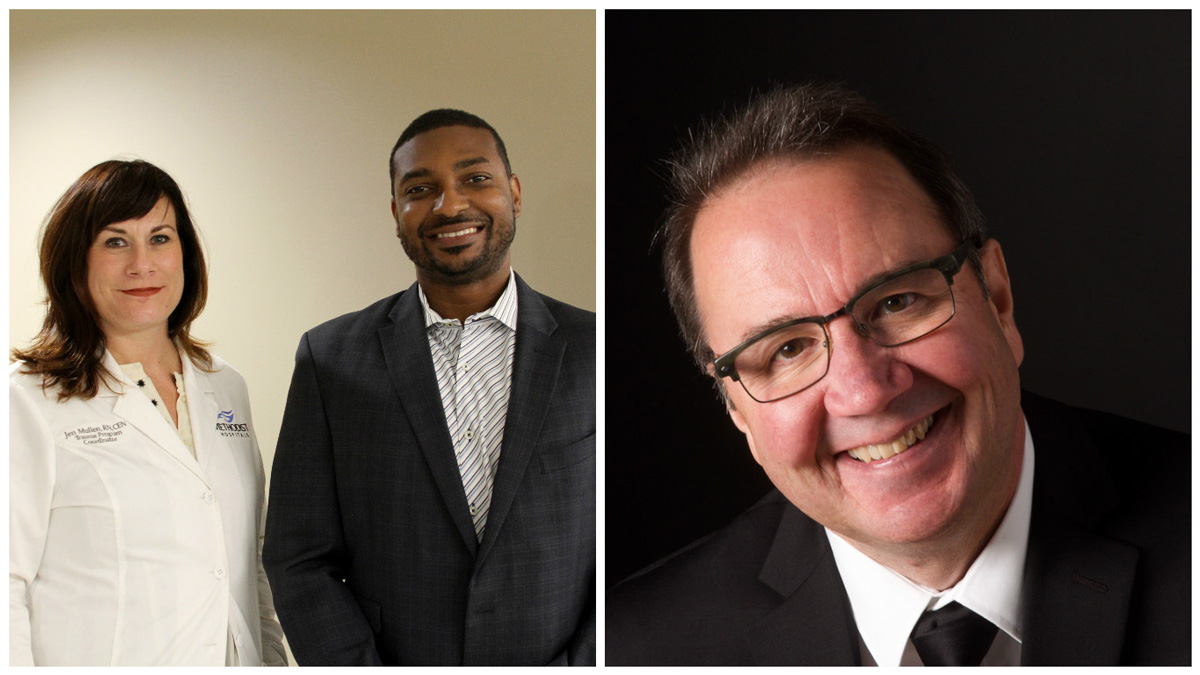 As a result, initial skepticism has given way to a willing staff pulling together to ensure that the “entire hospital” becomes a trauma center. “The focus of the entire hospital is on serving the right patient in the right place at the right time,” Jennifer said. That means that the right resources are in place, with specialized trauma teams available and literally hundreds of other protocols implemented hospital-wide. It is not just a change in mentality, but is driven by “big data” that Mullen and her data team review to measure performance along with Rueben Rutland, M.D., Trauma Medical Director (right).

It’s paying off with lives saved. During its first full year in 2015, this team served 845 trauma patients, up 56% over 2014 when it was first designated. This year, the number of trauma patients is on pace, although a few patients from south county are now being transported to another newly-named Level III trauma center at Franciscan’s Health Crown Point.

Meanwhile, Northlake was named an “in process” trauma center back in August, 2014. Then it had its first “consultation” visit last October by the American College of Surgeons. With the second visit scheduled for next February, the hospital is gearing up to earn full verification as the region’s first trauma center. “We’ll be ready,” Jennifer said.

VU Instructor Jeff Brown Breaks from Status Quo with Jazz Festival!
Imagine one of the world’s foremost jazz trumpeters Arturo Sandoval playing an original composition on a piano and then lifting his trumpet to “gorgeous” notes of improvisation.

No, it’s not some fancy club, but an impromptu performance in front of awe-struck students at the Valparaiso University Jazz Festival, said Founder and jazz instructor Jeff Brown. This is where hundreds of middle and high school budding musicians, collegiate performers, and professionals come together once a year to jam jazz and share the joy of American’s oldest indigenous music form. The Valparaiso University Jazz Festival may be one of the longest running non-competitive college jazz festivals in the Midwest.

Jeff broke new ground 31 years ago by launching a social and educational collaboration involving high school jazz players and professional musicians at the college level, and certainly in the region and state. He broke from the status quo from traditional festivals where students were judged on performing, a process Jeff found missing a beat.

In 1985, he decided to launch a new direction from an “adjudicated format” of judging student performance to a “group social interaction model.” This encouraged active participation among students in all aspects of jazz through public performances, jam sessions, clinics, observation and chance encounters among students and professionals. Greats like the late Natalie Cole made one of her last performances at the 30th anniversary, and last year the great Count Basie Band performed.

Now Jeff and his interns are preparing for the 32nd Jazz Festival this coming April to continue to give students a great jazz experience.