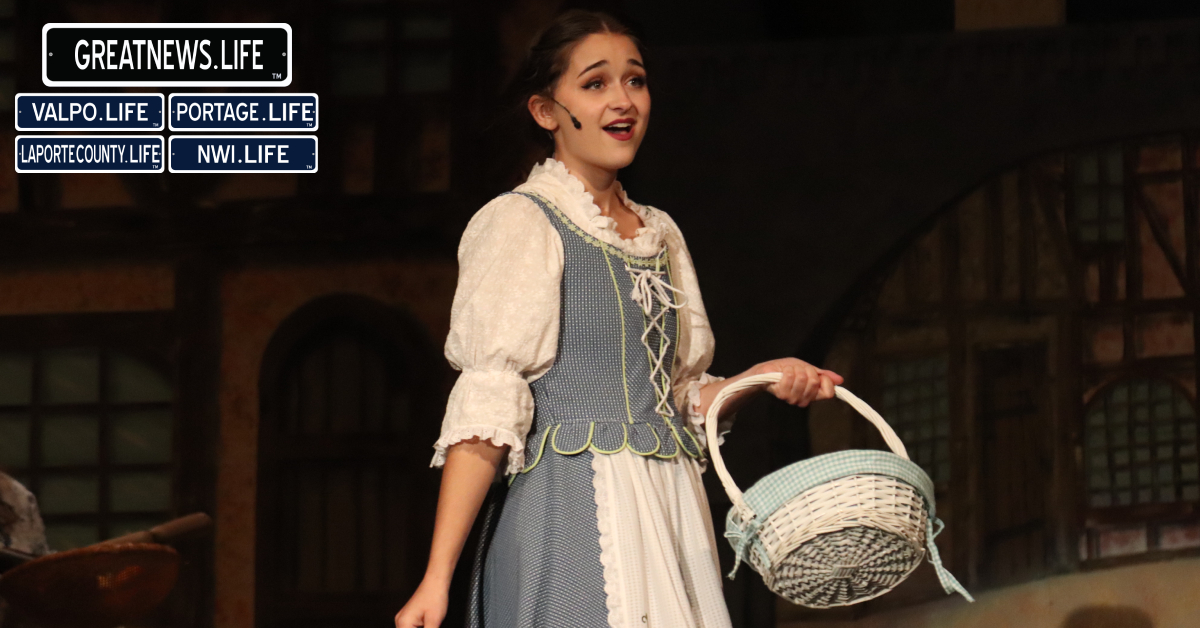 Bearcat Theatre Company presents a funny and heartwarming tale of Beauty and the Beast. With Andrew Hanaway as director and Maddie Lessig as co-director, the show is bound to put a smile on your face.

The show took a lot of blood, sweat, and tears, every set was hand built and painted by the crew of hard workers putting on the show.

“The show took 10 weeks to put together. The set took a lot of work, the village is cardboard the entire thing is cardboard plated. Maddie and Jay T. (Technical Director) did the entirety plating it and then Jason went in with all the details for it and then all the cast came through and hand painted all of it. All the bricks on the castle are individually cut out and laid on the entire castle as well,” said Hanaway.

The cast is full of people of all ages and is a very tight-knit group. Maya Radjenovich, who plays Belle, has made many new friends during her time with this show.

“I love every single one of my cast members. It's been really nice. I haven't worked on a show that was all ages since high school. Especially me and Jason, who plays the beast. We hit it off almost immediately, and have built this amazing friendship off the stage,” said Radjenovich.

Radjenovich is very proud to wear the name of Belle on stage. This role was a dream of hers to have for a while.

“Belle was on the top of my list, I even have a Beauty and the Beast tattoo. I connect to her very deeply. She's an independent woman in a time where that really wasn't the norm. I feel like nowadays, women are still fighting for things that are not considered the norm. She's a big inspiration, and I'm really lucky that I get to share this story through her eyes,” said Radjenovich.

Not only has Radjenovich made many unforgettable memories. Cameron Basile, who plays Lumiere, also made great friendships with the cast. Basile is very passionate about the hard work everyone has put into this show.

“Everyone that I know has put 110% effort in, from the set building to, their characters, to even just the stage crew. They're fantastic, phenomenal people. And it's been an experience that has made my summer worthwhile,” said Basile.

Many theatres in Northwest Indiana have put on their own show of Beauty and the Beast, even the Bearcat Theatre Company did this exact musical 15 years ago, but both Hanaway and Lessig are very excited to show the crowd their own version of this classic tale.

“We're excited to put it on and do like a fresh take on this classic show. We know that there are theaters in the area that have done it. But it has been almost 15 years since we got to do this show. The anniversary is this summer. It's a fun show and It's been a fun group to work with,” said Hanaway.