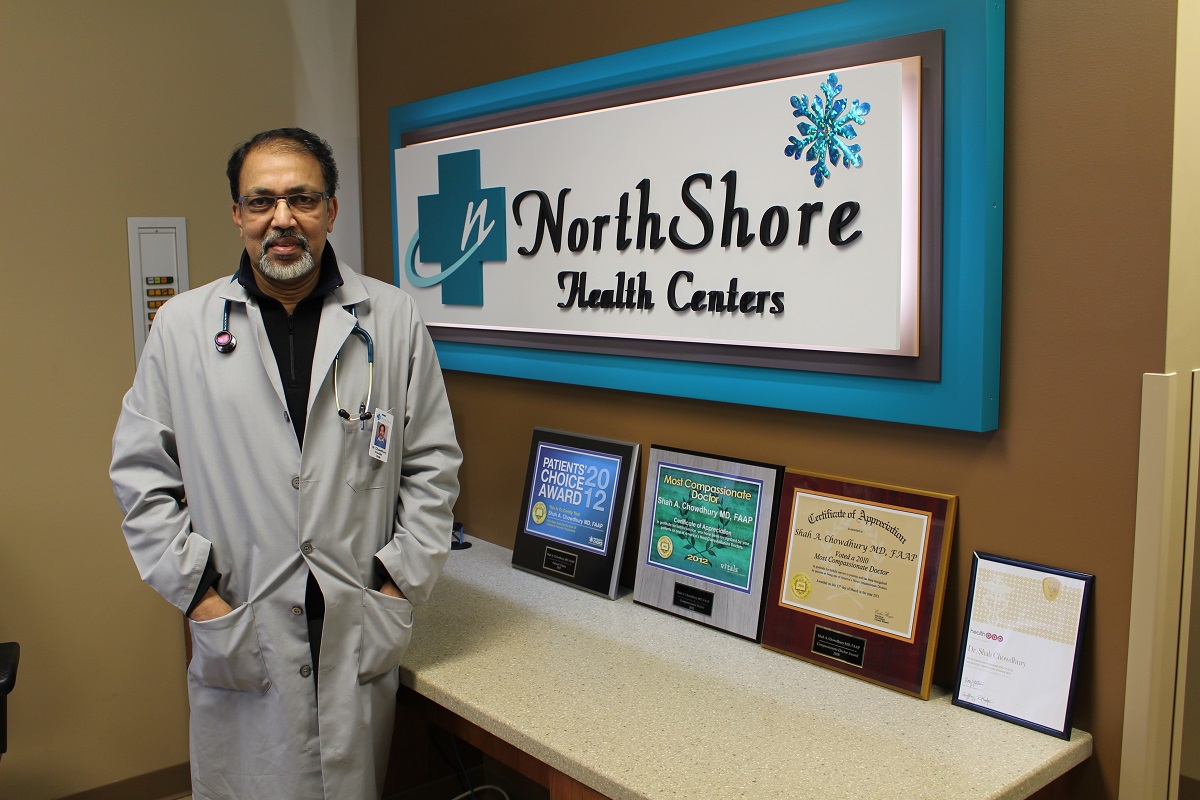 NorthShore Health Centers is happy to announce that there is a new pediatrician working at the new Chesterton location. Dr. Shah A. Chowdhury, MD is a board certified pediatrician and he officially began seeing patients on Monday January 4, 2016, and he is ready to help more people in the community using his 30+ years of experience in medicine.

Dr. Chowdhury hails from Bangladesh. He came into the medical field under the direction of his father, and discovered that he really enjoyed the pediatric side of things. He attended Chittagong Medical College and Hospital in Bangladesh to get his degree and internship, and after graduating in the early 1980s he did his postgraduate work at the Institute of Medical Education and Research in Chandigarh, India in 1985. Dr. Chowdhury then traveled to New York to St. Luke’s Roosevelt Hospital Center at Columbia University where he completed his residency in 1997.

In 2000, Dr. Chowdhury moved to Indiana. He worked in pediatrics at Franciscan Medical Specialists until July 2015 when he made the transition to NorthShore Health Centers. He started working with NorthShore in early December 2015.

“I worked in different countries all over the world like Iran, Bangladesh, Saudi Arabia, to here in the United States. I’ve worked in remote villages, war-torn deserts, and in the best medical facilities,” Dr. Chowdhury said. “I have a lot of experience, and I wanted to put it to good use for the underserved population. So I came to NorthShore to help people who are in need.”

Other initiatives that Dr. Chowdhury is involved in includes the nonprofit, Children of Abraham. This organization provides free medical supplies to those in need all over the world. And Dr. Chowdhury is active in an online medical service called Healthtap.com. The objective of HealthTap is to provide medical advice from certified doctors to people all over the world, free of charge. Since 2013, Dr. Chowdhury has answered hundreds of questions from individuals in Brazil, China, the UK, the United States, and many more places. He has received multiple awards and distinctions for his contributions including:

To schedule an appointment with Dr. Chowdhury call 219-763-8112 or stop in to the NorthShore Health Centers Chesterton location as walk-ins are very welcome.