NorthShore Health Centers, one of the Region’s leading providers in providing comprehensive and affordable healthcare, just got even stronger thanks to a fantastic addition to their team. Dr. Andi Arnautovic, M.D., a veteran family physician with nearly three decades of experience, has just recently come aboard as NorthShore’s new Medical Director.

Dr. Arnautovic is originally from Sarajevo, located in what is now Bosnia & Herzegovina. His dad was a physician, so naturally he grew up surrounded by medicine and realized early on that he wanted to pursue a career in the field as well.

“Medicine was always my world,” said Arnautovic. “I would always follow my father to his home visits and things like that. I actually never wanted to do anything other than medicine.”

Having discovered his calling early in life, he worked hard to pursue a quality education. Eventually, he earned a Doctorate of Medicine from the University of Sarajevo. He started practice in 1989, and for some time he worked in his native country as an ER physician.

Arnautovic was in the country at the onset of the Bosnian War, and saw firsthand the devastation it brought his homeland. Yet he also saw heroics, particularly volunteer physicians, and other medical workers who came to his country in the midst of crisis to help those in need. Those experiences shaped how he saw medicine, and there instilled a lifelong love of humanitarianism.

“During those horrific experiences, I met people who came to Sarajevo to help us, with no other motives at all,” he recalled. “They left the safety of their homes and countries to visit a warzone full of unknown people and they had only one desire – to help. That gets to you, and you admire those people. That’s how I started looking into how to give back, and trying to help others in need. I worked for the United Nations for a while, and that’s how I developed a passion for helping underserved areas.”

After his experiences abroad, Arnautovic found his way to the States, where he spent 8 years in Urology Research at the University of Missouri and later completed his residency at Mount Sinai Hospital in Chicago. He has since been a family physician and spent the last 10 years practicing in South Chicago, where he served a diverse, underprivileged community. He is deeply passionate about providing quality care to patients regardless of their social or economic status.

“What I enjoy most about working with patients is developing a close relationship,” Arnautovic said. “When I left my last position, I had a patient say “you can’t leave, you’re a part of us!” and that’s what gives my work meaning. It’s building that personal connection.”

Dr. Arnautovic is thrilled to join NorthShore and is excited to take on a leadership role. He sees that NorthShore is already successful, poised to grow, and is eager to take it to new heights.

“When I came to NorthShore it wasn’t to lead a revolution, as they’re already amazingly successful,” Arnautovic praised. “What I want to do is blend in, make improvements to what’s there, and build a structure so that one day when NorthShore grows and expands, we’ll be prepared for it.”

Despite his excitement for his new role, there is still one core aspect of medicine that keeps him going every day.

“It’s all about helping other people,” he said. “Getting that smile, that handshake. That’s the reward.” 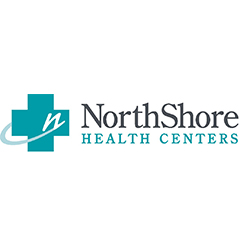