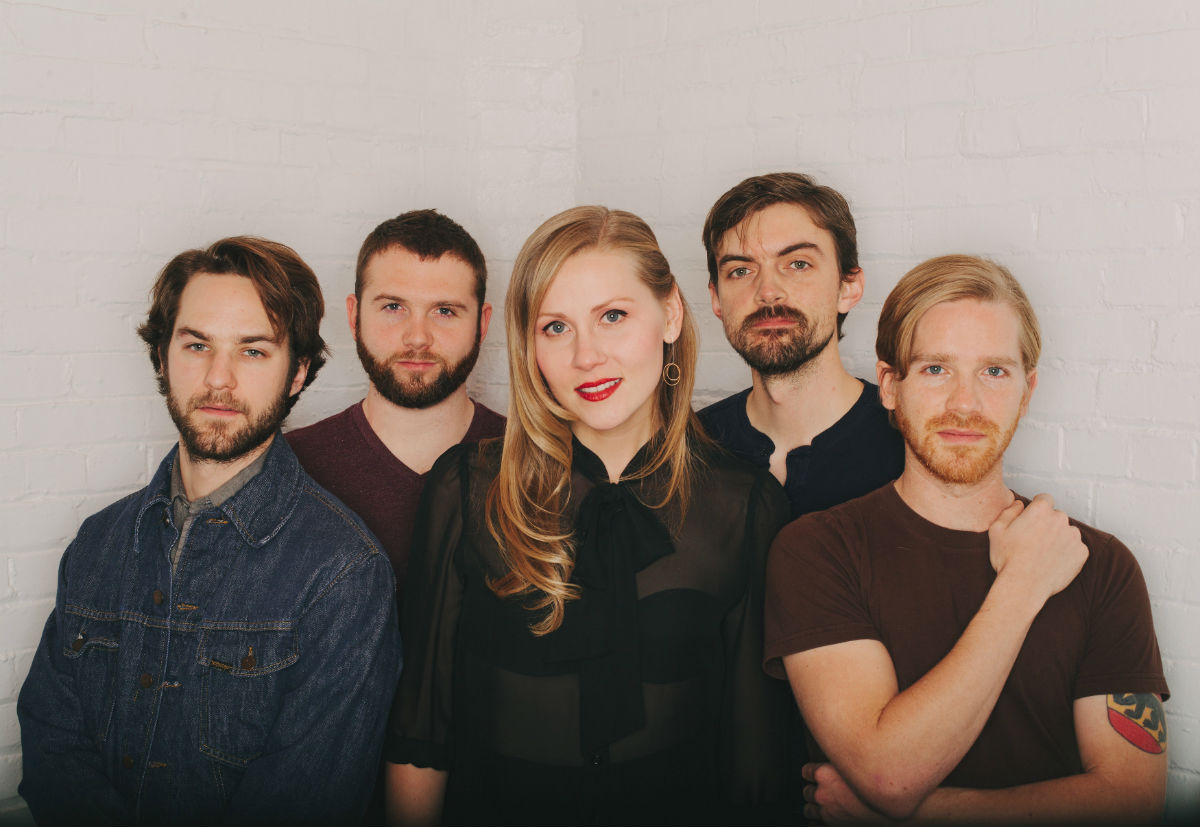 A simple introduction to Nora Jane Struthers would be to say that she’s an americana, bluegrass, roots-rock musician. Struthers has released four albums, with one possibly coming up in the near future. She tours with a backing band called ‘the Party Line’, and is based out of Nashville, Tennessee. It would be easy to stop there - but, like with every artist, there’s more to than those few sentences. To learn more I recently talked to Nora Jane about her start as an artist, the sonic progression through her three albums, and what Struthers and the Party Line will bring to the Opera House.

Struthers has had a varied past in the bluegrass world; she’s performed with her father under the name of ‘Dirt Road Sweetheart’, been a part of an acoustic quintet called Bearfoot, released two albums under her own name, and recently gained a supporting band that has changed her musically, and also has added to her well-being along the way. Even though Struthers progression has lead her to new heights and places for further musical exploration, she attributes her humble beginnings within bluegrass as fostering the idea of music being for all classes.

“[Bluegrass] was the music language that I was fluent in. It’s what I grew up knowing. The things that I love about the genre are the strong narrative that it’s created within the artists, and the community that it really has sustained.” Struthers explained. “For me, though, it’s brought down this sort of barrier between classes because bluegrass calls for their musicians to be very improvisational. It’s a blue-collar genre and because of that you wouldn’t expect a factory worker to have produced those skills. It’s more than old-time music.”

Struthers interest in music started with her father, a musician himself, while growing up on the east coast. Though Struthers always had an interest in music and started writing “angsty teenager songs” early, pursuing the path towards becoming a recording artist wasn’t something she took seriously until later in life. Already a college graduate with a teaching job in Brooklyn, Struthers credits music festivals as her life changing experiences that solidified her decision to move to Nashville to become a musician.

“I think more than anything that I found a community through going to those music festivals. There’s wonderful joy that you get when you’re within a group of people who all care about the same thing.” Struthers stated. “But, really, as a young 20-something going to these festivals I had a sneaking suspicion that performers - my favorite performers like Tim O’Brien for example - knew something about life that alluded other people that had chosen more conventional career paths. Those performers had a spark to them that most of the people I knew didn’t have. That was something I found really inspiring, and I hoped that if I went the same way that it would be something I would have. So I figured if I was broke and tired being a teacher living in Manhattan, I might as well try being broke and tired doing something that I’ve always wanted to do.”

It was a chance that has paid off. After creating a name for herself within the bluegrass community, Struthers took a different chance to divert from her comfort zone. ‘Wake’, her fourth album, was created after an emotionally charged life experience - being in love. Finding love was something that ruptured Struthers music process, that made it suddenly okay to let go - to fall back and loosen the tight control she had over her work.

“The process of falling in love has allowed me, for the first time, to stop compartmentalizing myself and meticulously crafting the person that I had become and step back to look at things as a whole.” Struthers explained. “I let that process seep into my songwriting too. So instead of trying to control a song to craft it to become more narrative or more about me I really just started to let go and letting whatever comes come.”

The result is an album that vibrates and billows through tracks that now include electric guitars, drums, and layered vocals - instead of a taught sound that fits the description one would expect from a “americana” artist. The process of letting go is not only to prevent the sharpness in what Struthers portrays in her songs, but allowed her to craft raw vocals to align with the amped up sound from her Party Line. Recorded live and self-produced, the process of making the album allowed Struthers to experience new musical avenues that matched the changes that were happening in her life.

“I had recorded three albums before that were highly edited and very shiny, so I knew how to do all of that already. I didn’t want to do that at all.” Struthers explained. “I knew if the process was edited through a computer that the humanity of the musicians and the art would be lost if I were to make it perfect. That’s why we recorded it live, to capsulate that experience. I always wanted to be a rock-n-roll band, but it’s hard to be in a rock band when all you see is bluegrass. So [Wake] has been a journey for me to let go like someone making a that kind of record would.”

Now on a mini-tour for the month of January before taking a break to focus on her music and wedding plans for the next couple months, Struthers and her band will be making a stop at Valparaiso’s historic Memorial Opera House on January 28th with opener Nicole Jamrose. Already excited to play in the intimate venue, Struthers notes that playing a seated theater allows the band to capture their audience’s attention, more so than a an experience like a festival.

“What I love about playing in a seated theater, when you get an audience that’s really excited to be there, is that it’s the ideal situation.” Struthers explained. “It gives me the chance to mold and control the overarching process of the performance to take the audience on a journey that’s not possible to do otherwise.”

Still, Struthers notes that the performance her and the Party Line will give is the exciting experience she promises to deliver.

“I think we’ll bring a lot of different things to the stage. You’ll hear things from traditional country, to rockabilly, to rock-n-roll, to straight up folk.” Struthers explained. “I hear over and over again that the audience members were surprised that they never once got bored. We don’t want to be the new band you hear where it’s three songs in and you’re over it. We’ll bring more than that.”

Tickets are now available online through Imagine Music, LLC and the Memorial Opera House at this website: https://tickets.mohlive.com/eventperformances.asp?evt=202