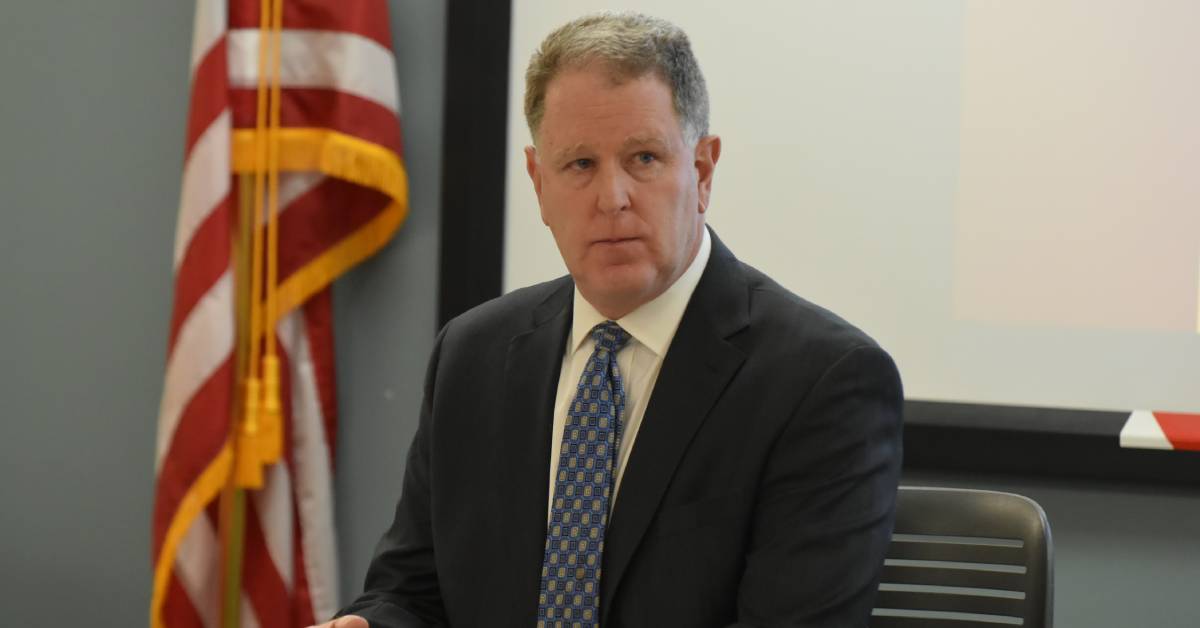 “We just passed an important milestone in the project to get federal funding,” said Michael Noland, president of South Shore Line. “This happened on February 10, 2020 when the federal government entered the project into the engineering phase of their New Starts project.”

With the current single track, all South Shore trains travel in the same direction. If an issue occurs with one train, all trains behind it are impacted. The additional track will provide more reliability and will be safer for those sharing the track and roadway. Taking the trains out of roadways is one of the biggest safety enhancements, according to Noland.

“Eight of the 100 most dangerous crossings in Indiana are here in Michigan City,” Noland said.

There were many questions regarding the project posed by those in attendance, from the mayor of Michigan City, to councilmen and homeowners. Questions focused on concerns of freight train traffic, speeds of South Shore Line trains, closings of certain cross sites, and the project’s impact to homeowners.

Kathy Colvin, a homeowner, was there to learn how she and her home would be affected.

“I’m not against it if it will help the community, bring more people into the area, and increase business,” Colvin said.

Mayor Duane Parry, a third generation Michigan City resident, wants safety to be a priority during the project. He challenged the committee with questions around the closing of Carolina Avenue.

“I’ve always been concerned about safety in this town,” Parry said. “Now, as mayor, it’s my duty to ensure public safety is a top priority.”

Heather Ennis, president and CEO of the Northwest Indiana Forum, verbalized her support and gratefulness for the project.

“I am really excited,” Ennis said. “This is a game changer. All companies, no matter where they are located, are in a fight to get talent, to encourage people to move into our communities. Connecting to the third largest economy is a critical asset to us.”

Next steps involve more informational workshops, with a housing relocation workshop to be held at the lower level of the Michigan City City Hall building on March 3, from 1:00 p.m. - 6 p.m. Residents and renters impacted by the project will have the opportunity to have further questions answered. For those who cannot make the Tuesday night workshop, an additional opportunity will be held the following day in Gary.

A major informational workshop is planned for June 10 in the lower level of the Michigan City City Hall building from 6 p.m. - 8 p.m. At this workshop, engineers will be present so residents can delve into the details of streets that will be impacted, as well as see some of the initial concepts for the new station.

More information can be found at the Double Track NWI website—http://www.doubletrack-nwi.com/.