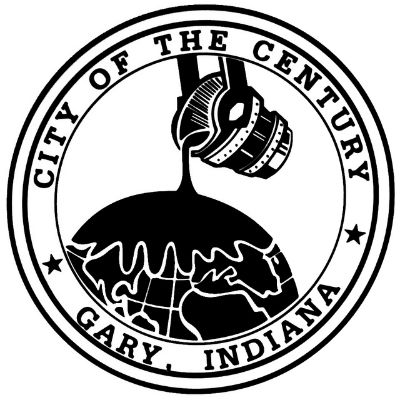 Please spread the word about the following events taking place next week in the Steel City. The City of Gary has a Facebook page! Please friend us using keyword: Team Gary Indiana and follow us on Twitter @TeamGaryIndiana. Updates can also be found on the City of Gary’s website at www.gary.in.us., where you can also download the City of Gary 311 app!

A peaceful march and rally will be held to demand justice for Trayvon Martin Saturday, July 20 at 12:00p.m. at the Hammond Federal Bldg., 5400 Federal Plaza, Hammond, IN. Mayor Karen Freeman-Wilson is scheduled to give remarks.

An Indiana Criminal Conviction Expungement Forum will be held Saturday, July 20 at 2:00p.m. at Indiana University Northwest, Savannah Center Bergland Auditorium, 3400 Broadway. Lawyers will be on hand to give information to those who have misdemeanors and felonies on how to expunge their records. For more information, see flyer below.

The Trinity MBC will host its 95th Anniversary Tent Revival nightly from July 22-24 at 1831 Virginia St. a 7p.m. The featured guest speaker will be Evangelist Kevin Hankins.

Mayor Karen Freeman-Wilson will appear on WLTH 1370AM Tuesday July 23 at 8:00a.m. She will give updates on Gary and answer questions from callers.

Mayor Karen Freeman-Wilson will appear on WJOB 1230 AM at 8:00a.m. to give updates on Gary and answer questions from callers.

KC & JoJo of Jodeci fame will perform live at West Side Theater Guild, 9th & Gerry St., 7p.m. Gary’s own Glen Kimble will open the show and will be introduced by Windy City Live’s Val Warner. For ticket information, see flyer below.

Today, leaders from the U.S. Environmental Protection Agency, U.S. Department of Housing and Urban Development and the U.S. Department of Transportation will join Gary Mayor Karen Freeman-Wilson to announce a new redevelopment project. Through the federal Partnership for Sustainable Communities, EPA, HUD, and DOT, along with other federal and state agencies, will work with the city and private foundations on the new project.

Citizens of Gary and surrounding communities are invited to attend the Local and Federal Government Economic Partnership Forum on Tuesday, August 13, 2013 from 8:30 a.m. to 12:00 p.m. free of charge. The event will take place at the Indiana University Northwest Bruce W. Bergland Auditorium, 3400 Broadway, Gary, IN 46408.

The Chicago Federal Executive Board is hosting this event to continue to strengthen the already strong ties that federal agencies located in the area have with our community. We will have the opportunity to hear from the following agencies about initiatives and opportunities that affect Northwest Indiana:

To learn more about the event and to register today, visit: http://febeconomicforum.eventbrite.com/! If you have questions about this event, contact the Federal Executive Board at (312) 353-6790 or chicagofeb@gsa.gov or RSVP: Gary Chamber of Commerce (219) 885-7407.

Congratulations to the students from the Gary Lighthouse school who recently participated in a National Double Dutch competition in Canton, Ohio. The Steel City Superstars won two 1st place medals in single jump rope and baton, 2nd place in Double Dutch and 4th place in Happy Feet. The team is led by Ms. Tami Reynolds of Gary. For more information about the team, contact Robert Buggs, Sr. at (219) 779-5098.

In March of 2013, recent high school graduate David King launched a Youth Movement for Change which included a city-wide Youth March for Change. This marked the beginning of a youth-led movement to actualize young people’s vision to see a stronger, safer, more united Gary. King has since teamed up with the City of Gary’s Youth Services Bureau to expand the movement to include a citywide Youth Rally for Change, which will be held Saturday July 27, 2013, from 11a to 1p at Indiana University Northwest, Savannah Center, 3400 Broadway Gary, Indiana.

Congratulations to the Gary Metro Little League 13-yr old league for snagging 3rd place in the State tournament in Terre Haute, IN.

Working to help children temporarily housed at the Crisis Center in the Miller section of Gary, the Urban League Young Professionals announced they will hold a “Dream Makers Toiletry Drive.” The event will take place on Wednesday, July 31, 2013, 6 p.m. at the Crisis Center located at 101 N. Montgomery. According to Vanessa Allen, President and CEO of the Urban League, the organization is seeking donations, both monetary and actual. All donations can be made directly at the Urban League, 3101 Broadway, Gary, Indiana; checks should be made payable to the Urban League of NWI, Inc. Financial donations can also be made at www.urbanleagueofnwi.org. For more information, please phone 887-9621.