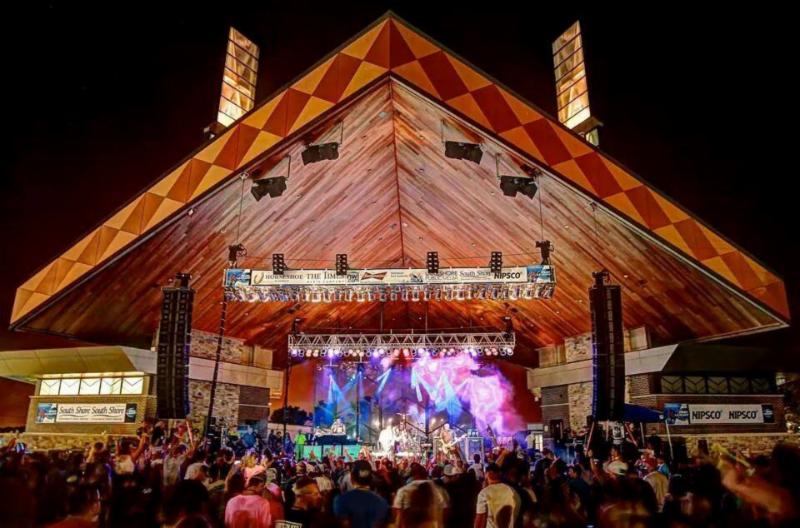 2016 kicked off with some great news out of Hammond, where the mayor announced that the city had landed Grammy-winning Hip Hop artist Ludacris as the headliner for this summer's Festival of the Lakes concert series.

The announcement was another coup for The Pavilion at Wolf Lake, which has become Northwest Indiana's premiere outdoor concert venue since its completion in 2013. The Pavilion was part of Hammond's $53 million Wolf Lake Revitalization program, which was funded in part by $31 million in grants from the RDA.

Next door to Hammond in Whiting, development continues to pop, with the city and developers eyeing new opportunities after the new City Apartments building saw its units get snapped up even with top-tier rental prices. Developers cite Whiting's proximity to Chicago and its Lakefront Park as key reasons why the city has become so attractive. The Whiting Lakefront Park represents an investment of nearly $47 million by Whiting, about $22 million of which came via the RDA.

These investments in Whiting and Hammond are just some of the projects undertaken by the RDA and local communities over the past 10 years. To date, we and they have invested more than $200 million in shoreline improvements in Hammond, Gary, East Chicago, Whiting and Portage. This investment is projected to create more than 1,000 jobs, primarily in the tourism and hospitality industries, and add more than $90 million annually to the region's economy by 2025.