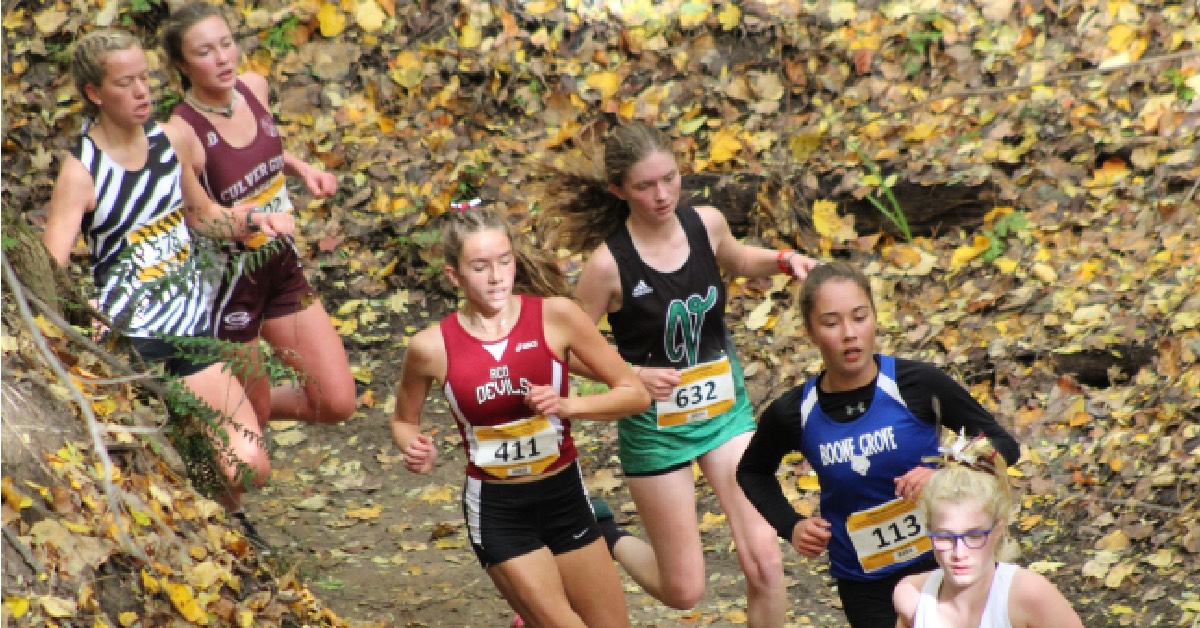 Wheeler High School’s Girls’ Cross Country team made history today by placing sixth at the New Prairie Semi-State meet, qualifying them for the State competition for the first time in the team’s history.

Cross country competition has a unique format in Indiana; there is no class system dividing schools by their size, 5A, 4A, 3A, and so on. Every school, regardless of their size, fights it out against each other to advance to the next round in the post season. Usually, that means smaller schools around the Region such as Wheeler and Morgan Township are eliminated in sectionals or regionals before they can compete as a team during later rounds of the playoffs, even if an individual runner advances on their own.

“We had to have the perfect storm of the right girls at the right time to get here today,” said Ben Kosal,Wheeler Bearcats Cross Country Coach. “We’ve never come this far with the girls before. The boys made it to state as a team back in 1998 or 2000, but that’s it outside of individuals.”

This year, things were different. Those teams, and more from around Indiana such as Seeger High School, fought their way to Semi-State and fielded full squads for their boys’ or girls’ teams. Other than Hawaii, Indiana is the only state to use a one class free-for-all format for cross country competition. Some small schools adopted the twitter hashtag #OneClassFight to promote solidarity.

“They put every school together in one tournament and start weeding them out every week,” he said. “To put it into perspective, there are four semi-state meets around Indiana. There’s 20 teams at each, and only 6 from each meet make it to state. That’s just 24 teams for the entire state. A lot of those schools have 2000 plus kids. We’re at just 484 kids.”

Kosal knew at the start of the season that this year’s group of girls was special.

“They’re pushing each other, helping each other, and believing in what us coaches believe,” he said. “We’ve been telling them since June that they could make it to state, they’re that good this year. It’s so great when you have a bunch of teenage kids believe in the dreams that are right in front of them.”

Sophomore Emily Enright was one of the anchors of that group and shared how proud she was of their accomplishments.

“It’s a wonderful thing that we’ve gotten as far as we have,” she said. “We’ve come so far in the last year; it’s amazing to think that we’re the underdogs. I hope that other people who see how successful we arerealize we have as much potential as they do, and that the number of students at our school doesn’t determine that.”

Here are some additional results from Saturday morning’s race: