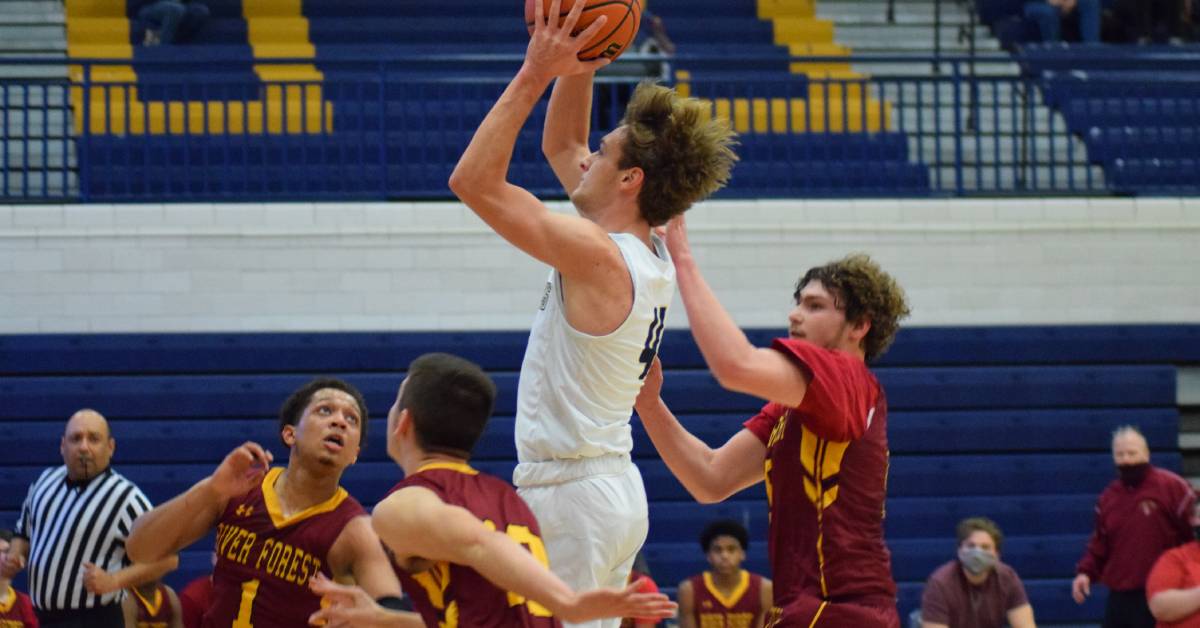 It was luck for the designated home teams tonight as the Hanover Central Wildcats defeated the Kankakee Valley Kougars 58 to 36, and the New Prairie Cougars defeated the River Forest Ingots by a whopping 89-35. Both winners of the night were hitting basket after basket with a fire beneath them that could not be outmatched. Especially New Prairie, where every starter and a number of players off the bench managed to down more than a few points for the team.

“We’ve been here three years in a row now and we’re looking to defend our crown tomorrow night,” said Clouse. “Tonight we came out and handled our business so I’m very proud of them.”

After the night New Prairie had, they will be going into tomorrow’s game with vengeance on their mind. Not having won a sectional since 2003, and losing to Hanover Central in the sectional championship last year, this is what the team has been preparing for all year. New Prairie Head Coach Mike Bauer has nothing but faith in his team going into the championship.

“Sectionals has been our goal all year,” said Bauer. “Hanover definitely has our respect and they’ve had our attention all year so we’ll be ready.”

The boys basketball sectional championship will be held at New Prairie High School tomorrow night, March 6, at 7:00 p.m., and doors will open at 6:05. Be sure to get your tickets online to watch the Cougars take on the Wildcats!